(Natural News) Dopamine, a major neurotransmitter, is linked to focus, motivation, and productivity. However, factors such as diet and lifestyle can deplete your dopamine levels. If you feel like you’re not living your life to its fullest, you may be suffering from low dopamine levels. Thankfully, there are natural ways to increase dopamine.

What is dopamine and why is it important?

The human brain has around 86 billion neurons, and they communicate with each other through brain chemicals known as neurotransmitters. Dopamine, one of the most widely studied neurotransmitters, is associated with various aspects of human behavior, including addictions, motivation, and pleasure-seeking. It has crucial roles in anticipatory pleasure, attention, learning, memory, mood, movement, and sleep.

On the other hand, dopamine dysfunction is behind several diseases such as Parkinson’s disease, which is caused by the death of cells that produce dopamine. Only a handful of neurons create dopamine, and these neurons are only found in a few areas of the brain.

The neurotransmitter is also used by several systems outside the central nervous system, like immune cells, the kidneys, and the pancreas. This dopamine is created locally because it’s unable to move across the brain’s protective blood-brain barrier.

Dopamine affects your daily life because it is a “motivation molecule.” This means that the neurotransmitter can boost your concentration, drive, and focus. It also controls the pleasure-reward system. It makes you feel bliss, enjoyment, and euphoria.

If you suffer from dopamine deficiency, you may feel lethargic, unfocused, and unmotivated. It can also leave you feeling depressed. (Related: Dopamine influences your decisions; scientists discover that how long we have to wait for what we want affects its value.)

Common symptoms of dopamine deficiency may include: 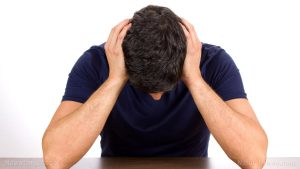 How can you boost your dopamine levels?

There are foods that contain dopamine, but their dopamine content can’t cross the blood-brain barrier. You need a workaround for this to happen.

Dopamine is produced from l-tyrosine, an amino acid often found in protein-rich foods. By following a diet high in l-tyrosine, you can have the necessary building blocks for dopamine synthesis.

These are some of the drinks, foods, and spices that either have l-tyrosine or can help increase dopamine directly:

Broad beans/fava beans contain l-dopa, a direct precursor to dopamine that is used to cure Parkinson’s. Probiotic-rich foods such as kefir, raw sauerkraut, and yogurt can help boost dopamine production. 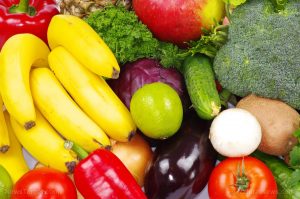 Here are some supplements that can also naturally increase your dopamine levels.

These lifestyle changes can also boost your dopamine levels:

To increase your dopamine levels and stay motivated, follow a healthy diet and make the necessary lifestyle changes.

Learn more about dopamine and how it can boost your mental health at Mind.news.

Previous :Antibiotics found to actually COMPROMISE the immune system in some cases
Next : Ibuprofen found to raise blood pressure in people with arthritis and cardiovascular issues
Receive Our Free Email Newsletter