Most products sold for consumption in the United States are also “riddled” with toxins, so the riddle of chronic, preventable “sickness” isn’t such a riddle, now is it? The problem is that the majority of consumers don’t even read the ingredients on most products, and if they did, they wouldn’t even know what they’re reading about anyway. They haven’t done any research, and they may not ever care to, just thinking their medical doctor will use prescription drugs and surgery to “fix” them when health problems rear their ugly head, but they all wake up to very disappointing surprises.

What consumers “consume” is not just as food, but also what’s applied to the skin

Your skin is your largest organ, and it does “consume” what’s applied to it. People often don’t think about that, but it’s a serious concern. From using poisonous bug repellants to toxic oils, and from carcinogenic powders to toxic cosmetics, the health effects of applying carcinogens to the skin can be dire, especially over the long run.

Then, there’s processed food. Some of the most commonly eaten foods are chock full of “food stuff” and chemical-based preservatives that cause mayhem in the human body. From processed oils that coagulate in the blood, to chemical-laced gluten that clogs the digestive tract, consumers set themselves up for suffering from diseases that are for the most part entirely preventable.

CAFO’s are confined animal feeding operations where cows, pigs, chickens and turkeys are shot up with antibiotics regularly because they live in horrifically-polluted quarters riddled with feces. The animals are also shot up with artificial hormones so they will get fat quick and/or produce abnormally-high amounts of eggs and milk. This causes infections and breeds parasites, that are passed on to the consumer. Really gross stuff.

#3. Baby powders that contain toxic talc – slogans such as “best for baby, best for you”

#4. Cigarettes – “great for digestion” and “More doctors smoke Camels than any other cigarette”

Petrolatum is mineral oil jelly that can be contaminated with PAHs

Petroleum-based products can be contaminated with polycyclic aromatic hydrocarbons (PAHs). Research and studies reveal that repeated exposure to PAHs is linked to cancer. The European Union classifies petrolatum as a carcinogen (linked to breast cancer) and restricts its use in cosmetics, but in America, all bets are off. Petroleum is a liquid mixture of hydrocarbons often refined to produce fuels like gasoline, kerosene and heating oil. Another study done in Sweden found petroleum industry workers at the refineries had increased risk of leukemia due to exposure to benzene – a colorless volatile liquid hydrocarbon, C6H6, present in coal, tar and petroleum.

Most cancers are preventable, despite what most medical doctors may claim. A large-scale study published in JAMA found an increase in ovarian cancer for people who used talc products in their genital area. Talc can cause inflammation that eventually leads to cancer, and women with ovarian cancer have largely reported use of talc products over the long term. In fact, Johnson & Johnson was forced to pay over $70 million in damages to the family of an Alabama woman who died from ovarian cancer, thought to be caused by J&J’s baby powder products.

Delhi-based Centre for Science and Environment (CSE) released findings that discovered carcinogenic compounds in most baked goods, including bread, pizza, sub rolls, bagels, muffins, and most “fast food” buns. The toxic compounds used to treat flour and keep bread soft and chewy often contain residues of potassium bromate, potassium iodate, or both. Potassium bromate is banned in several countries around the world for being carcinogenic. Potassium iodate is known to increase the consumption of iodine, which can adversely affect the functioning of the thyroid gland. 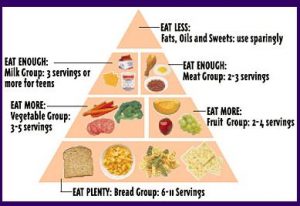 Tune your food news frequency to FoodSupply.news and get updates on more toxic foods coming to stores near you.

Health Ranger fights back against fraudulent use of his lab testing certification for clean foods
CNN advises people to feed their pets INSECTS to solve “climate change”
Do your favorite foods contain chitin, a substance derived from the exoskeletons of INSECTS?
Edible insects could be headed to UK supermarkets as global elites’ push to replace meat intensifies
Vegan alternative proteins “tainted” by meat companies’ investments, say critics
Israeli company that produces 3D-printed fake meat opens new factory in the Netherlands
BILLIONS being spent by government on “Climate-Smart Commodities” – does this mean more GMOs?
Check out the NASTY ingredients in Beyond Meat burgers
Dutch government’s new climate agenda will force thousands of farmers out of business and destroy Europe’s food supply chain
Schools in Dutch province serving INSECTS to students