(Natural News) Despite the fact that COVID-19 has killed more than 4.6 million people, 690,000-plus of whom have been Americans, Dr. Anthony Fauci’s National Institute of Allergies and Infectious Diseases has continued to fund research in China, where the coronavirus came from.

“The U.S. National Institutes of Health has continued to funnel millions of U.S. taxpayer dollars to fund scientific research in conjunction with Communist China since the beginning of the COVID pandemic, including to military-controlled organizations,” the National Pulse reported late last week, citing data downloaded from the NIH website pertaining to grant monies awarded.

In addition, more than half of the grants sent since early 2020 came from Fauci’s agency, the outlet revealed. 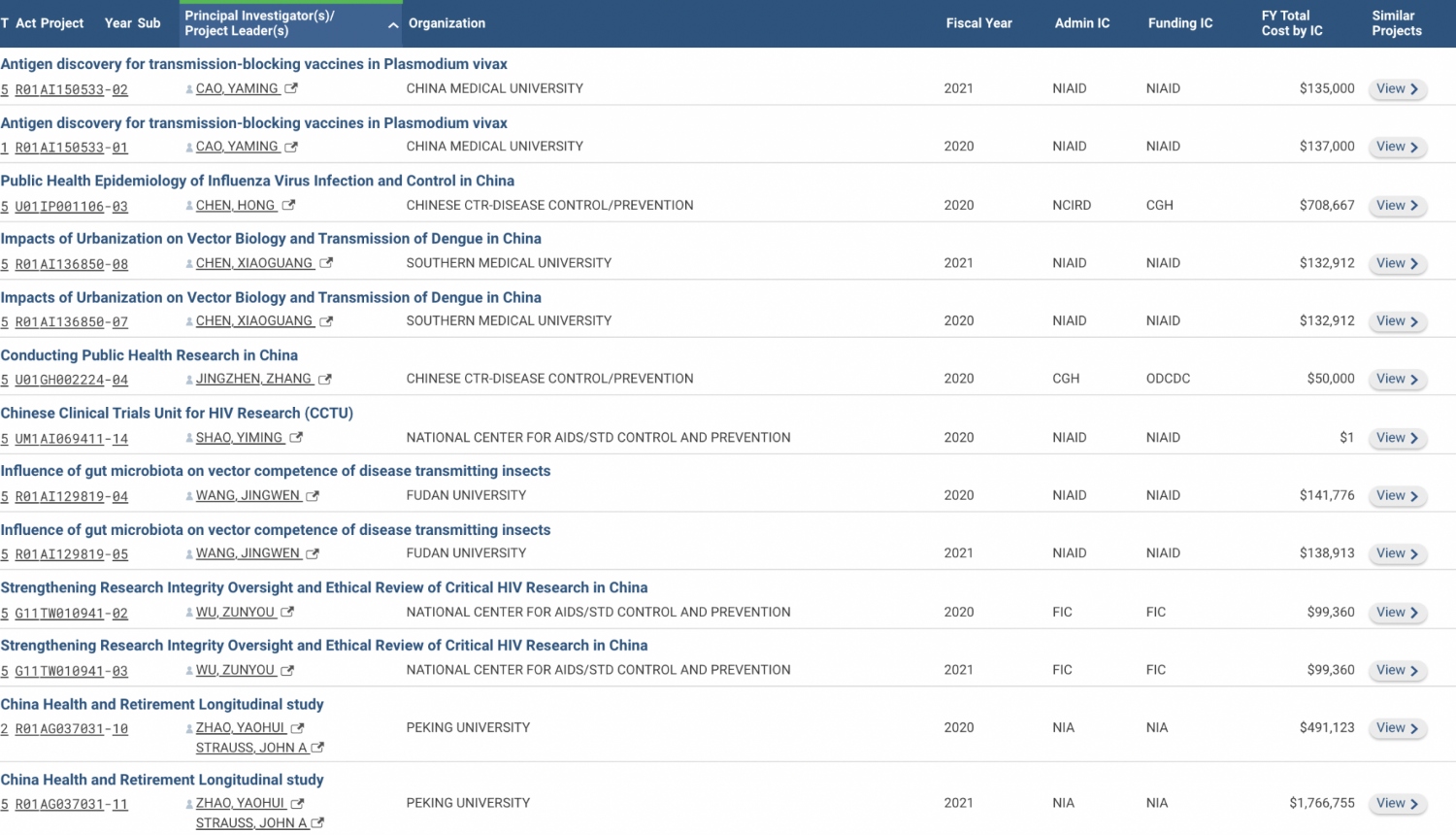 “The National Institutes of Health (NIH) database reveals that 13 grants have been sent to the country which has stonewalled investigations into the origins of COVID-19. China has also undertaken a global propaganda campaign to blame the U.S. for the virus, while America continues to send cash,” the report continued.

The report added that Southern Medical University, which is believed to be controlled by the People’s Liberation Army and has extensive ties to the Wuhan Institute of Virology, where COVID-19 is believed to have been developed and “escaped,” got an additional two grants worth around $300,000 from Fauci.

“In total over $4 million has been sent to studies counting their principal investigators as working in China for state-run scientific bodies in 2020 and 2021. Seven of the studies are still active at the time of publication,” the National Pulse added.

In the past, when reports began to surface that Fauci did, indeed, providing funding to the Wuhan lab, he initially denied it, though he eventually was forced to admit that, yes, he did authorize funding to the institution, according to a May report by the New York Post:

The National Institutes of Health earmarked $600,000 for the Wuhan Institute of Virology over a five-year period to study whether bat coronaviruses could be transmitted to humans, White House chief medical adviser Dr. Anthony Fauci told lawmakers Tuesday.

Fauci, the head of the National Institute of Allergy and Infectious Diseases (NIAID), told a House Appropriations subcommittee that the money was funneled to the Chinese lab through the non-profit EcoHealth Alliance to fund “a modest collaboration with very respectable Chinese scientists who were world experts on coronavirus.”

But in what seems like Fauci splitting hairs, he went on to claim during his testimony that he was ‘certain’ none of those funds went for “gain of function research,” which is dangerous and most often used to enhance the contagious nature of a virus so as to study how it spreads and what can be done to combat it.

“That categorically was not done,” Fauci told lawmakers in response to questions about the research technique. NIH “has not ever and does not now fund gain-of-function research in the Wuhan Institute of Virology,” he added.

However, Fauci added, “We had a big scare with SARS-CoV-1 {SARS] back in 2002, 2003 where that particular virus unquestionably went from a bat to an intermediate host to start an epidemic and a pandemic that resulted in 8,000 cases and close to 800 deaths.

“It would have been almost a dereliction of our duty if we didn’t study this, and the only way you can study these things is you’ve got to go where the action is,” he said.

So — did he, or did he not, fund gain-of-function research?

Turns out the most likely answer is, yes he did.

Documents unearthed by Richard Ebright, board of governors professor of chemistry and chemical biology at Rutgers University and laboratory director at the Waksman Institute of Microbiology, show that Fauci was being ‘untruthful,’ Newsweek reported last week.

“The documents make it clear that assertions by the NIH director, Francis Collins, and the NIAID director, Anthony Fauci, that the NIH did not support gain-of-function research or potential pandemic pathogen enhancement in Wuhan are untruthful” Ebright said.

If verified, that means Fauci lied to Congress, which is a felony — but who among us believes the Biden regime is going to charge him?

Dr. Robert Malone: Boston University broke the rules by creating COVID strain with 80% death rate
Fauci calls for Beijing to be transparent about COVID origins
The Lancet’s “Covid-19 Commission” decides that covid may have come from a U.S.-run biolab after all
Fauci “knew” he was funding illegal gain-of-function research, says former CDC director
Lawfare with Tom Renz: Two-tiered system destroying the credibility of America’s judiciary – Brighteon.TV
Senator Rand Paul goes head-to-head with Anthony Fauci over COVID-19 vaccines
Unethical Wuhan virology (bioweapons) experiments may be moving to Boston, Massachusetts, with new grants issued to Peter Daszak and covid-19 conspirators
Biden’s coronavirus adviser says the reason why God created humans with two arms is to receive a flu shot in one and a covid jab in the other
The disastrous high-tech war on a pathogen
Col. Lawrence Sellin: Lab-created COVID-19 is part of China’s biowarfare program