(Natural News) Pedro Acosta, a 17-year-old Spanish Motocross champion, collapsed a la Tiffany Dover at a press conference on November 19. And just like Dover, about 10 minutes later, he was back up and talking again. Just more coincidences.

Just two weeks ago, we highlighted the deaths or cardiac episodes of five young athletes in an eight day stretch. Two of them were American high school football players. One was a European international hockey player. But the two professional soccer players in the story – Emil Pálsson and Segio “Kun” Mr. Agüero – garnered the most attention because mainstream media can no longer hide the realities happening in that sport.

It’s now a near-daily occurrence for soccer players (“footballers”) to clutch their chests and collapse on the field of play all around the world. The frequency of these incidence in 2021 is completely unprecedented. There’s no basis for comparison. This blogger was a sports reporter for years. But that doesn’t even matter. Common sense tells you that athletes are collapsing and/or dying regularly and unusually in 2021.

There’s only one thing different about 2021 than all years prior to this. Of course that’s the mRNA and viral vector DNA injections being forced upon humanity both by governments and by social coercion, and fueled by mainstream media. But don’t bother expecting so-called mainstream journalists or government authorities to hold anyone accountable.

Just from our coverage and that of Report24.news (more on that later), there have been at least 90 cases of young athletes collapsing with cardiac issues during the normal course of their respective sports since June. That’s about one athlete collapsing and/or dying every other day since June.

Some random guy named Professor Guido Pieles told the Daily Mail that all these athletes collapsing is sheer coincidence. This same guy told the same newspaper two months earlier that U.K. parents should hold off injecting their children until further research is done.

We reported on the American Heart Association (AHA) abstract that found mRNA injections significantly increase the risk of cardiac episodes. Dr. Aseem Malhorta conceded that the results of the AHA study must be replicated. But he also said there are scientists who have in fact replicated the AHA results, but are afraid to come forward for fear of losing funding from pharmaceutical companies.

Note the foregoing video will be censored on Youtube soon. Please leave a comment and let us know when it disappears and we’ll re-upload it elsewhere.

Bottom line is that we’re at war, both a war on information and a war to protect our health and well-being. By this time next week, there will be 2-3 more athletes who have collapsed and perhaps died. But here are the latest three soccer players. 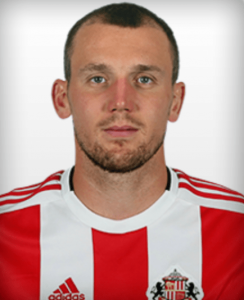 The team released a statement on Thursday, writing in big bold letters that “Charlie has not received a COVID-19 vaccination.” There was no update on his condition other than saying he continues being monitored in a hospital. The team did not clarify the date the collapse happened. Vaxx subterfuges are ubiquitous. Further, 28-year-old athletes don’t just collapse despite mainstream media attempts to normalize it all. Take the statement for what you will. 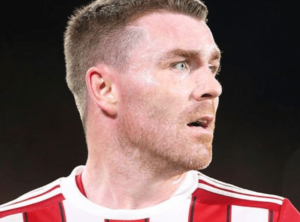 Sheffield United defeated Reading F.C. 1-0 on Tuesday, November 23 at Madejski Stadium, earning their first win in five games. But the Blades victory was an after thought due to yet another coincidence on the pitch (field). Sheffield United midfielder John Fleck suddenly collapsed a few minutes after the lone goal of the game by Jayden Bogle.

Fleck, 30, was convulsing on the ground before medics administered oxygen. He was back on his feet after about 11 minutes, and taken out of the game on a stretcher. The team tweeted the following day that Fleck, a Scotland native, was out of the hospital the next morning and back with the team. 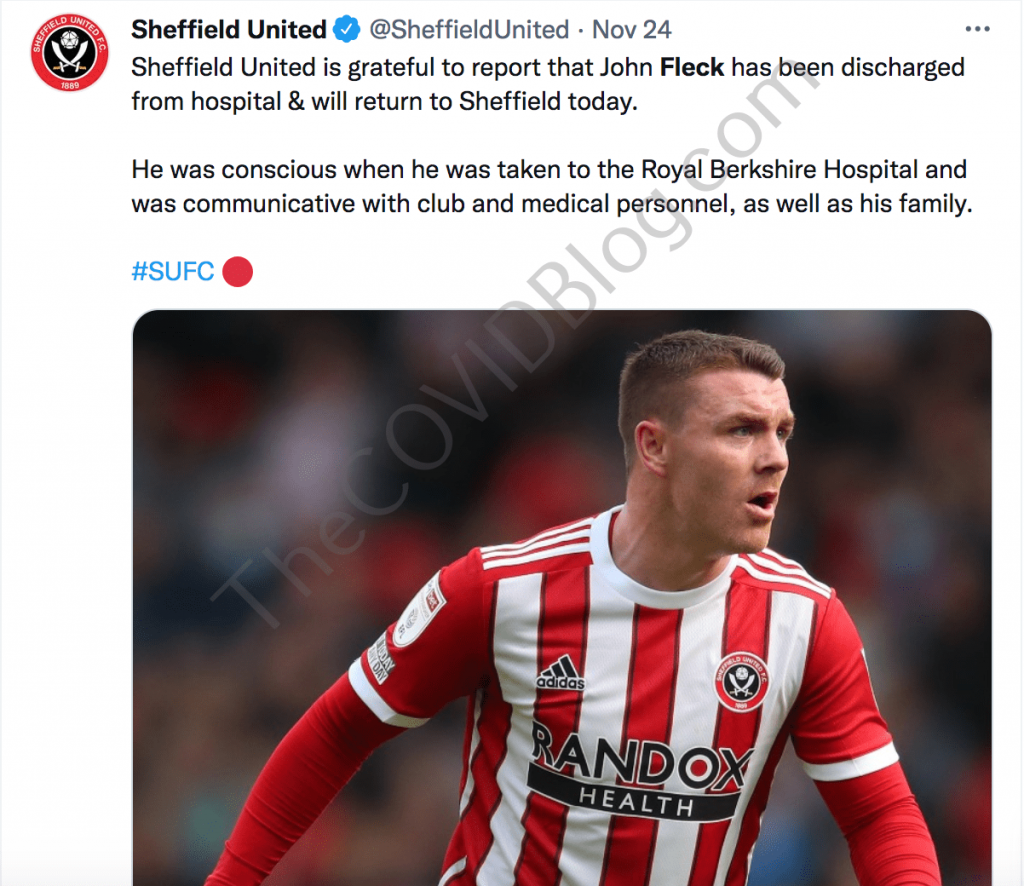 The plot thickened further when TalkSport commentator Trevor Sinclair asked on a live broadcast the logical, sensible, journalistic question, “I think everyone wants to know if he has had the COVID vaccine.” The show’s producers quickly cut the live feed (obviously it’s on a few seconds tape delay) before Mr. Sinclair could even finish saying the word “vaccine.”

Of course the vaxx cult relentlessly attacked Mr. Sinclair, who played 19 years of professional soccer before retiring in 2008. He refused to back down from his common sense, critical thinking observations.

It’s literally an established playbook by the Gates Pharmaceutical global mainstream media to petulantly and childishly attack anyone who does not adhere to their death cult. The exact same thing happened to Ms. Jedidiah Bila on that radical feminist daytime talk show The View.

Ms. Bila, just like John Fleck, has natural immunity to so-called COVID-19 because she contracted the condition and recovered. But those “whatevers” on The View relentlessly attacked Ms. Bila on November 16 simply for speaking truth. 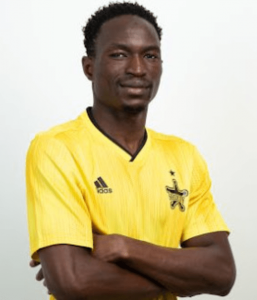 Real Madrid’s 3-0 victory over FC Sheriff Tiraspol on Wednesday night, November 24, was also marred by the new normal. Adama Traore, originally from Mali, is a winger for Sheriff Tiraspol. Mr. Traore, 26, suddenly clutched his chest and collapsed to the ground around the 77-minute mark of the match. Medics immediately placed smelling salts near his nose so he did not lose consciousness. But he barely reacted to them, which is a bit concerning.

Mr. Traore was eventually helped off the field. But there’s been no update on his condition since then. That brings us to Mr. Carl Ikeme. The 37-year-old Brit played 15 seasons and 207 total games for the Wolverhampton Wanderers from 2003 to 2018. 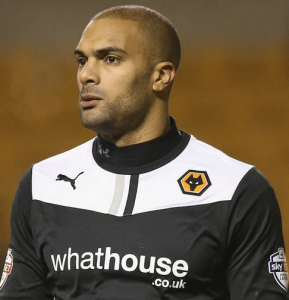 He retired in 2018 after beating leukemia. But he still loves the game and, like all other critical thinkers and people with common sense, recognizes this disturbing trend of players collapsing on the field after cardiac episodes.

Of course numerous vaxx trolls responded with the proverbial “how dare you even ask that.”

All credit for the following links (translated to English) goes to Report24.news. Their staff put together this list of 75 athletes who collapsed in the regular course of their sports from June 2021 to October 2021.

This blogger has to believe that most NBA players paid off doctors for the all-so-coveted “white vaccine card.” NBA players get guaranteed contracts, with an average annual salary of $8 million. Some random Walmart pharmacy tech will easily take $1,000 to forge the cards. Hell, NBA players can afford $5,000 for their health and well-being.

The NBA is 75% Black American, the most likely people to refuse the lethal injections in the United States. There’s no way these guys are running up and down the court like this without one single incident like in soccer if 95% of NBA players are vaxxed. NFL contracts are basically toilet paper, not guaranteed. The median salary is about $870,000 (note we don’t use average here because quarterback salaries skew the data). But there’s no way 95% of players are “vaccinated” with zero incidents so far.

We’ll keep updating this article with new incidents. Stay vigilant and protect your friends and loved ones.

Previous :The Nazis won the War in many senses, ways and aspects – but it’s all outside the purview of mainstream historical thinking
Next : Boyfriend stabs girlfriend before running her over; cleared of murder after court hears what they ate earlier
Receive Our Free Email Newsletter