Grocer: ‘Out of 145 orders, only 41 were delivered’ – Thanksgiving shortages and prices spikes ‘should’ awaken Americans that trusted the MSM lies

(Natural News) With weather issues, supply chain breakdowns, pandemic unemployment worsened by overreaching vax mandates as first responders are put on unpaid leave, forcing firehouses to close, mass exodus of police, gas prices, food price spikes, all of which are contributing to shortages seen from grocery stores to retail shops, we are looking at a disastrous holiday season, which includes Thanksgiving and Christmas.

Cities can burn for all these people care, as first responders are once again protecting Americans by standing up for all of our rights, which unfortunately has caused them to walk away until liberal leaders understand, the first responders are needed far more than those radical Democrats causing job losses and lack of services, all in an attempt to force compliance. 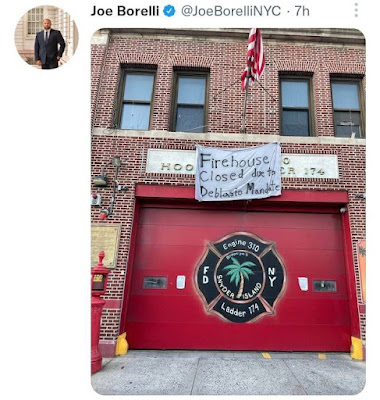 Crime can go on unchecked, as law enforcement announce due to CA’s vax mandate they plan for a mass exodus. Perhaps I should rephrase, crime will become more unchecked since businesses are already cutting hours and closing stores in parts of California due to “off-the-charts” shoplifting, due to CA laws that makes stealing basically legal as long as the ill-gotten goods cost less than $1,000.

The Hoover Institution explains the cause behind the rampant theft:

Google “Shoplifting in San Francisco” and you will find more than 100,000 hits. And you will find lots of YouTube videos, where you can watch a single thief, or an entire gang, walk into an SF Walgreens or CVS and empty the shelves. Most walk in, go about their pilfering, and then walk out, though at least one thief rode their bike into the store and departed the same way, carefully navigating their two-wheeler down a narrow aisle.

We probably shouldn’t call it shoplifting anymore, since that term connotes the idea of a person trying to conceal their crime. In San Francisco, there is no attempt to conceal theft, and there is almost never any effort by store employees, including security personnel, to confront the thieves. The most they do is record the thefts with their cell phones.

Why is shoplifting so rampant? Because state law holds that stealing merchandise worth $950 or less is just a misdemeanor, which means that law enforcement probably won’t bother to investigate, and if they do, prosecutors will let it go.

People can starve as keeping store shelves stocked has become what they call a “Whack-a-Mole” process.

Companies are planning for shortages of popular brands of food and staples to continue for months and managers are trying to keep up as different products run short from week to week, industry executives said. While food supplies overall remain plentiful, Nutella spread, Prego pasta sauces and Pringles chips are among many items that have been tough to secure in recent weeks, some supermarket companies said. Lunchables snacks and Capri Sun drinks have been hit-or-miss for months.

“The fact is, it’s like whack-a-mole,” Vivek Sankaran, chief executive of Albertsons Cos., said on a conference call recently. “On any given day, something is out of stock in the store.”

None of that is even considered by liberal leaders in states and cities, who seem to have only one goal, control the populace, whether by starving them, threatening them, or treating those refusing to comply as second class citizens. 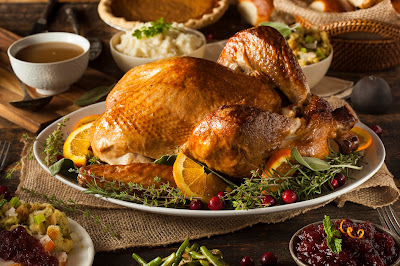 Stefan recently spoke to our local grocer, and when asked when the turkeys would by in, the man didn’t know but said to keep checking because once they were delivered they would be gone in a snap, and he hasn’t been getting his “full” orders either.

Out of 145 items ordered on his last order, only 41 products had been delivered.

If you haven’t gotten your turkey yet, might be a wise thing to check with your local stores to see if they have your favored meats for Thanksgiving, and if not, ask when they will be delivered so you can get them before there are none left.

As to sides, some use fresh produce, others use frozen, but a warning here that fresh may not be available in that last week before Thanksgiving, and if it is available, it may not look as fresh asusual.

Other items can be delivered online, like stuffing mix, cranberry sauces, soups, canned vegetables and fresh bake and eat breads.

With the CEO of Ocean Spray, one of the most popular brands of cranberry sauce, whole and/or jellied, warning about rising prices for the popular Thanksgiving dinner side, stocking up on it now while the prices are still high but not as high as they are planning.

TOM HAYES: Like everybody else, our costs have gone up and we have passed some of that cost, not all of it, to consumers and customers. It’s a tough environment all around, so costs will be going up on cranberries, cranberries sauce, but we don’t have a plentiful supply. We have 6.6 million barrels that we anticipate to harvest this year.

Another area to prep for the possibility that fresh produce could be depleted at your local stores, or looking not quite as fresh as you expect fresh produce to be, would be to grab a few cans of vegetables, just in case.

They will always end up eaten in some form or another.

The most cringe-worthy, pathetic medical propaganda EVER: Masked-up nurses dance and sing Christmas carols at the White House while Americans DIE from hospital homicide
PLEASE DO YOUR PART: Send a Christmas card to the political prisoners in Washington DC and let them know they’re not forgotten …Here’s how
Supply chain crisis threatens lucrative holiday sales of many companies
Italian govt strips unvaccinated of freedoms over Christmas holidays
Supply chain crisis causes shortage in toys, spoils Christmas for millions of kids
Alleged suspect in Waukesha SUV incident has posted violent anti-white threats and BLM slogans and rhetoric
POLL: Most “fully vaccinated” Americans are refusing to host unvaccinated relatives for Thanksgiving, Christmas holidays
100% Vaccinated Gibraltar now cancelling Christmas due to “exponential increase” in covid
Grocer: ‘Out of 145 orders, only 41 were delivered’ – Thanksgiving shortages and prices spikes ‘should’ awaken Americans that trusted the MSM lies
Supply chain crisis threatening global economy expected to continue into the holidays