A British woman originally from Nigeria is struggling to live a normal life with her new, horrifying reality that is unlikely to resolve itself anytime soon.

Ms. Jane (Sandra) Stroud received her second AstraZeneca viral vector DNA injection on or around July 19, according to her Facebook page. Her life became a living hell one week later. Ms. Stroud developed an “itchy, watery, dripping rash” as she described it. It swelled her legs and arms to the point that she could barely move them. It got so bad at the beginning of September that she went to her doctor at Stirchley Medical Practice in Telford. 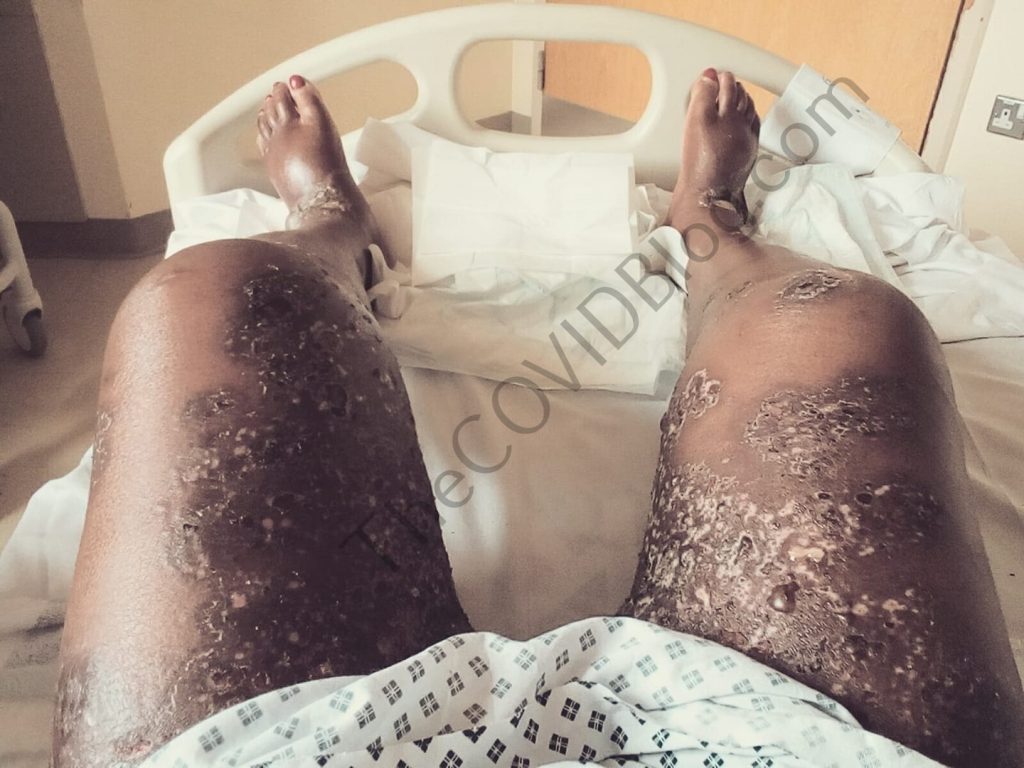 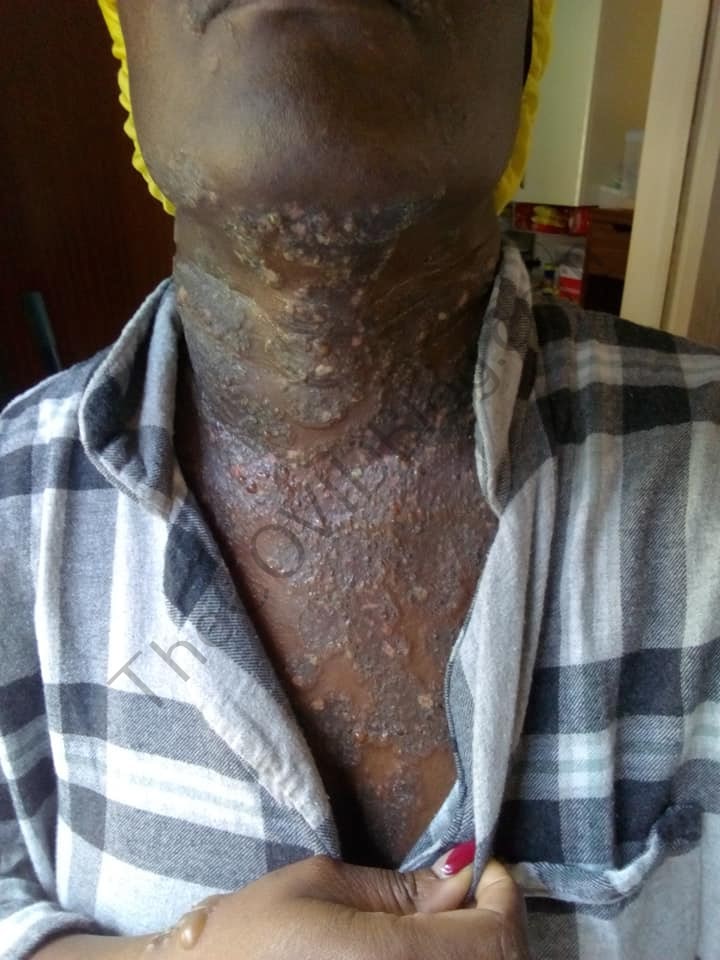 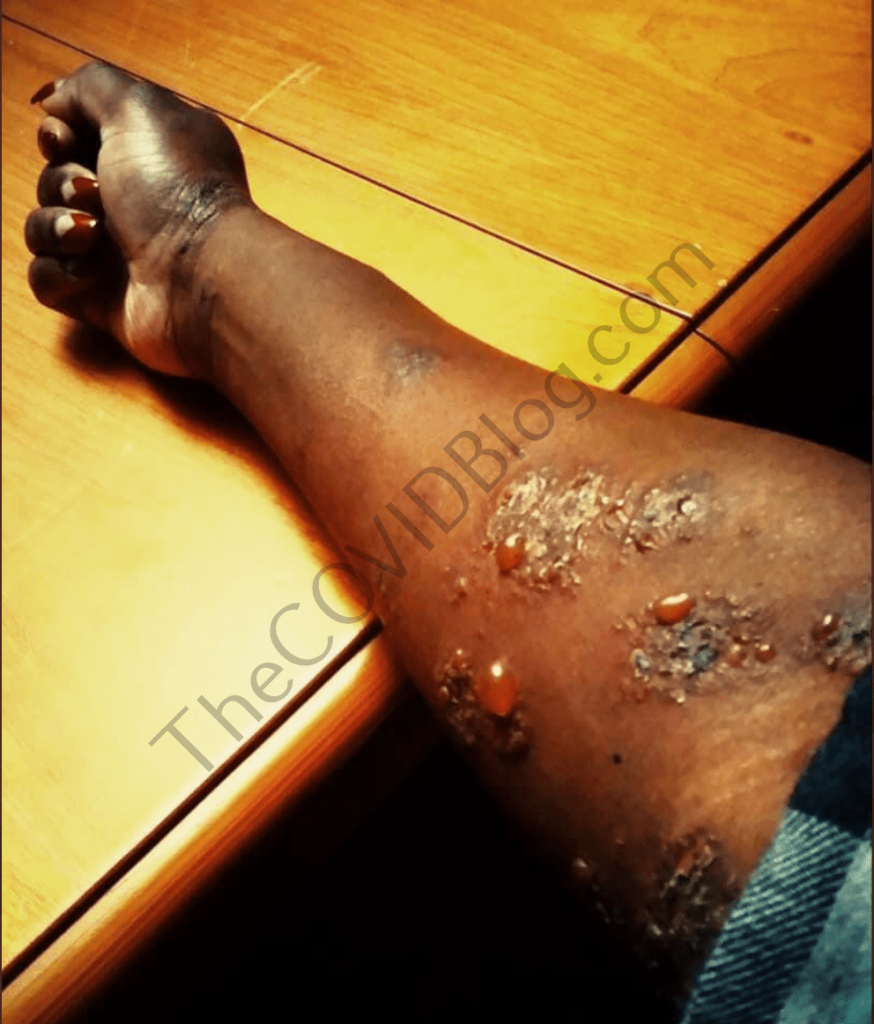 A friend of Ms. Stroud shared the news on September 27 via Twitter. The friend referred to Ms. Stroud as “Sandra” in her private message screenshots. 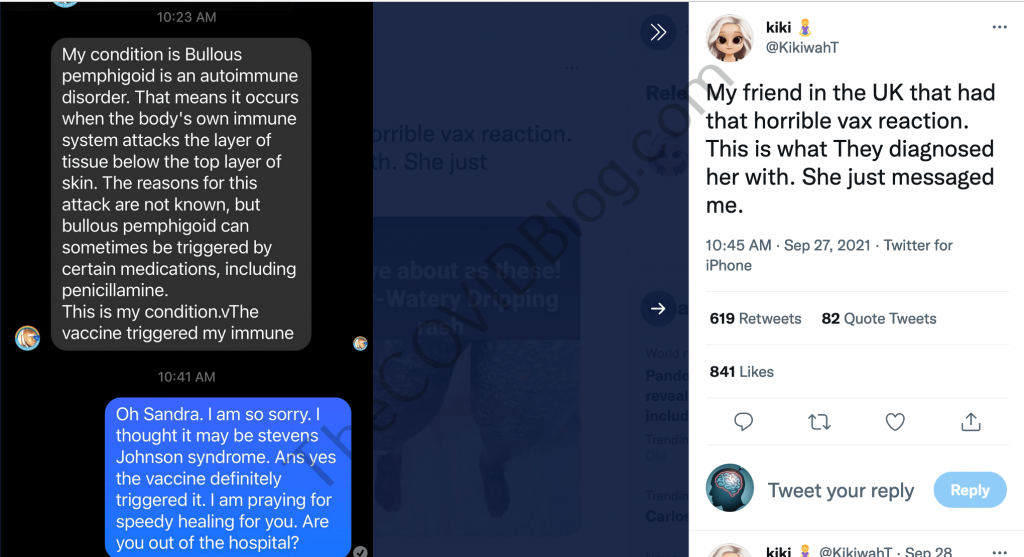 But unfortunately this disorder lingers, sometimes for years, even when it’s not triggered by experimental viral vector DNA injections. Ms. Stroud appears to be accepting this reality and that her life won’t be normal for the foreseeable future, if ever again. 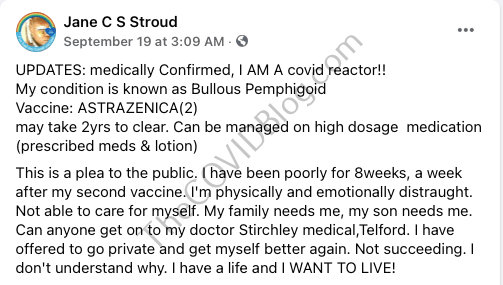 Apparently post-injection bullous pemphigoid is happening more than we’re hearing about. Spanish doctors published a case study in the journal Medicina Clínica this past May. A 78-year-old woman came to them at Hospital Universitario de Salamanca. She received the FDA-approved Pfizer Comirnary mRNA injection, which was specifically named by the researchers.

The woman developed bullous pemphigoid three days after her first injection. High-potency topical corticosteroids stabilized the condition. But the woman, for whatever reason, received the second Pfizer Comirnaty injection 21 days after her first visit to the dermatologists. She suffered “significant reactivation” after the second dose. The researchers concluded that there was a direct link between the bullous pemphigoid and the Pfizer Comirnaty injections.

The temporal relationship with the first administration, as well as reactivation after the second, supports the hypothesis of a possible relationship between the COMIRNATY vaccine administered and the appearance of AP in our patient, presenting a score of 8 in the Naranjo causality algorithm (causal reaction possible ).

You can read the full case study here. 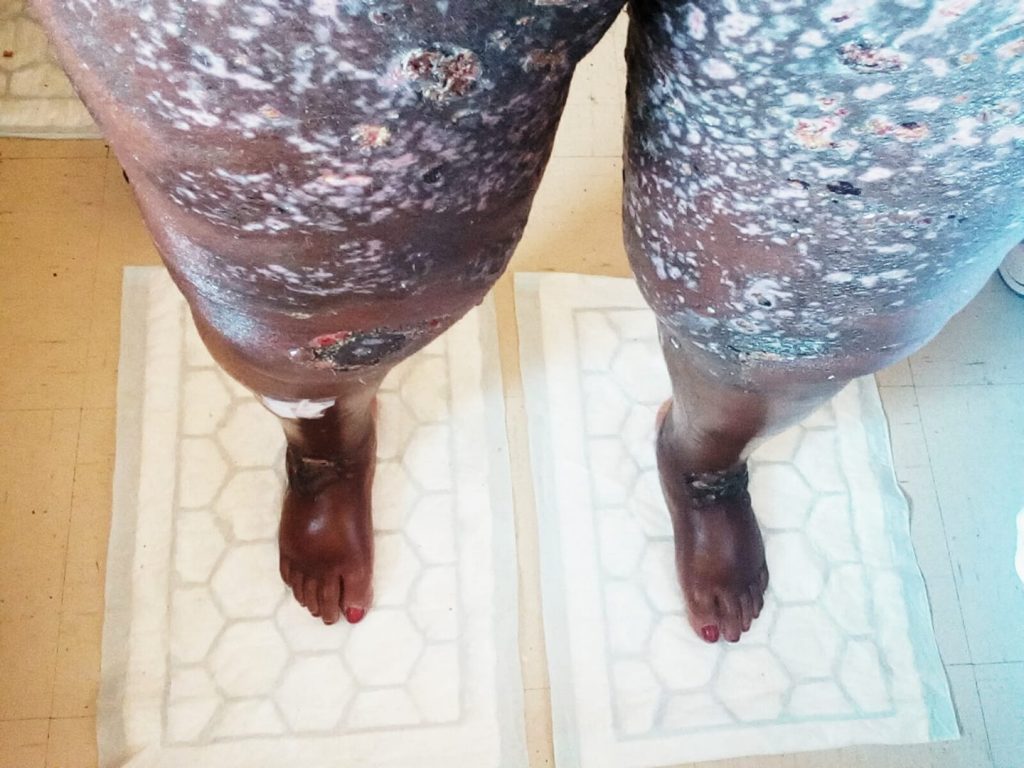 The word “leprosy” or “leprous” appears in the Holy Bible at least 60 times. It is perhaps the scariest, most dreaded skin disease in human history. God used leprosy as a punishment for those who defied and denied his divinity. The story of Miriam and Aaron comes to mind immediately via Numbers 12. They spoke against God’s servant, Moses. God summoned Miriam and Aaron to let them know of his anger.

When the cloud lifted from above the tent, Miriam’s skin was leprous – it became as white as snow. Aaron turned toward her and saw that she had a defiling skin disease.

This is not a Christian blog. But anyone who has read the Bible cannot deny the uncanny, eerie connections thereof. All these people becoming “leprous” after the mRNA and viral vector DNA injections that, some argue is the “mark of the beast,” is yet another surreal topic of conversation in these unprecedented times. The foregoing link concludes that the injections are not the mark of the beast because:

God loves his people, and he’s not going to let his people receive the mark of the beast without their knowing what they’re doing. Whatever the mark of the beast may be in the future—if there is a future fulfillment of it—it’s gonna be something that his people will be able to look at and say “Based on established Catholic teachings, we need to avoid this,” and that is not the case with this vaccine.

But this explanation doesn’t hold water because everyone should know exactly what they are doing if they do just a little research beyond mainstream media and big tech. Genuine ignorance is one thing, and a real thing. Willful ignorance is a choice. There is simply no rational reason for anyone other than masochists to receive these injections. The psy-ops are powerful. The false prophets are doing their jobs. Do not succumb to evil.

Read more at: TheCOVIDBlog.com and Vaccines.news.

Previous :Whoa! Look at what came out of a recently “vaxxed” patient’s lungs: “String of attached clots… Still think those jabs are harmless?”
Next : Facebook ‘whistleblower’ exposed as Democrat operative who wants to DESTROY independent media
Receive Our Free Email Newsletter