(Natural News) NewsGuard, the establishment “news rating” project that claims to fight untrustworthy media outlets, continues to give its seal of approval to Rolling Stone, a partisan leftist magazine that has repeatedly fallen for high profile hoaxes.

The co-CEO of NewsGuard, Steven Brill, told Breitbart News that the organization is reviewing its categorization of Rolling Stone in light of the magazine’s latest failure, its republication of unverified claims of an Oklahoma doctor who said hospitals in the state were overflowing due to ivermectin overdose cases.

However, as of today, Rolling Stone continues to receive a “green” stamp of approval from NewsGuard, as do establishment media that uncritically repeated its reporting, including the Hill, the BBC, and MSNBC’s Rachel Maddow. 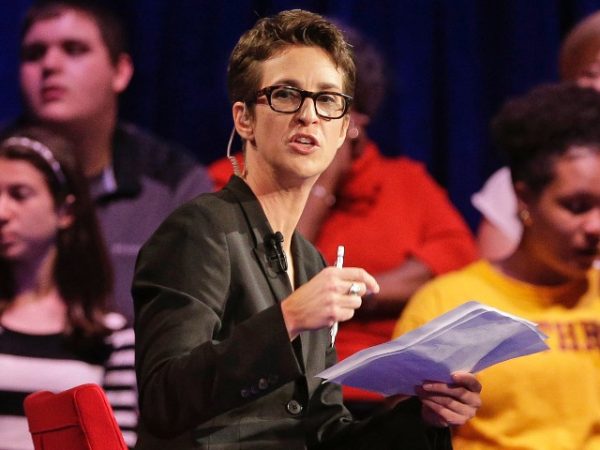 All of the major news outlets that republished the story also have a “green” approval badge from NewsGuard.

In 2019, NewsGuard partnered with Microsoft in a deal that made it a default extension on Edge Mobile browsers. 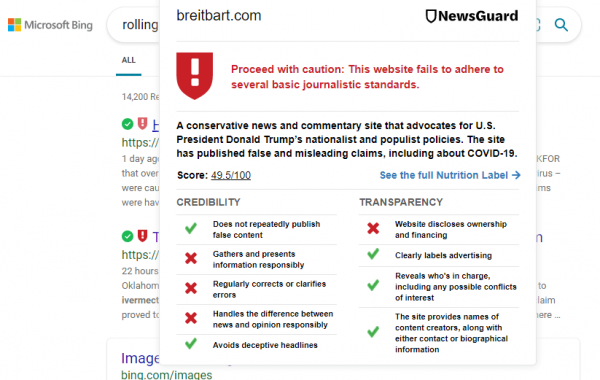 Meanwhile, no such warning appears next to Rolling Stone’s original fake news article. Users are told that the left-wing magazine, which recently ran a headline (for a news article, not an opinion piece) claiming Florida Governor Ron DeSantis is “determined to put kids in danger,” in fact “adheres to basic standards of credibility.” 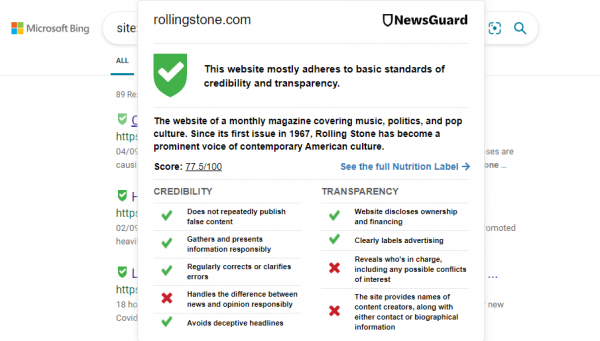 NewsGuard also claims that Rolling Stone “does not repeatedly publish false content,” even though the publication is infamous for falling for hoaxes. In addition to publishing the Oklahoma doctor’s claims without looking into them, the magazine was responsible for one of the biggest media scandals in recent memory, when it published fraudulent rape claims against a fraternity at the University of Virginia in 2014. Despite being exposed early on, it took Rolling Stone nearly five months to formally retract the story.

Previous :Cotton: Fauci scolded people for going to games, not masking kids while he was lying about funding research that caused pandemic
Next : Video: Rand Paul calls for “five years in jail” for Fauci lying to congress
Receive Our Free Email Newsletter