(Natural News) A 20-year-old self-employed nail technician realizes her life is going to be very different for the foreseeable future. Now she is warning others to “please just do your research.”

Ms. Eve Dale received her first Pfizer mRNA injection on June 26, according to her Facebook page. She reported general malaise and fatigue, but said she expected that to happen. The second mRNA injection came on August 21. 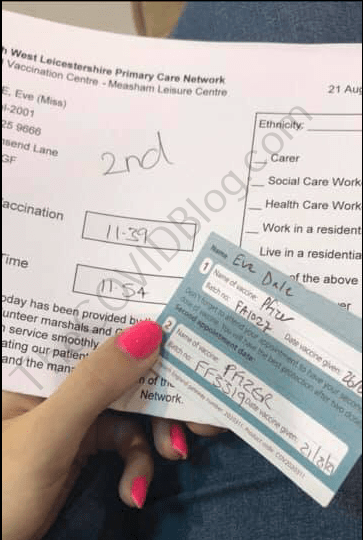 Ms. Dale said August 22 was, “the day my life became a nightmare.” She posted a video of herself, from her home surveillance cameras, walking out of the front door at 11:01 a.m. that morning. Ms. Dale posted another video four hours later from the surveillance cameras. It shows her crying with two people helping her get out of a car and walk into the house. Ms. Dale said she felt excruciating pain in her back and could not walk on her own. So she called her friends for help. Ms. Dale posted two videos later that evening.

She went to the emergency room when she realized something was very wrong. By then the “stabbing and shooting pains” spread from her ankles all the way up to her neck. Doctors said she was suffering from full-body muscle spasms caused by the Pfizer injections. 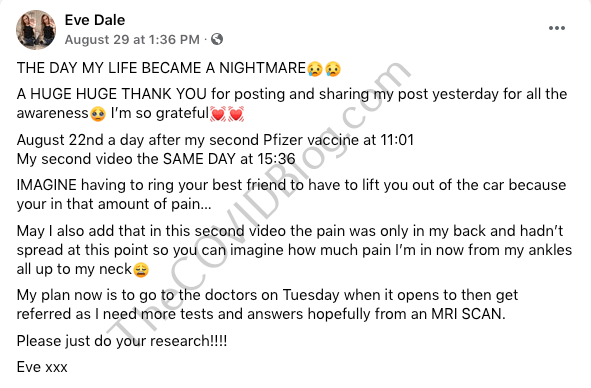 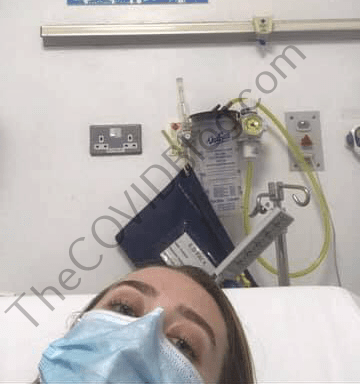 Reality sinks in with grim prognosis

Ms. Dale said she went for an MRI this past Tuesday. But she has not updated her status as of publishing. Unfortunately no medication has worked to provide pain relief. As Ms. Dale said:

I can’t move a centimetre without crying in pain & need assistance constantly to even pass me a drink, take me to the toilet everything a 20 year old shouldn’t even have to think about doing. Due to the amount of pain I am in now has resulted in me not even knowing when my bladder is full.

But the worst news was yet to come. Medical personnel told Ms. Dale that for months and perhaps years, she’ll need a Zimmer frame (walker) or cane just to move around on her own. Ms. Dale made clear, by saying it twice in the same post, that she is “not an anti-vaxxer.” But she conceded, “I wish I just did a bit more research.” Ms. Dale said “it was only right” for her to get the injections because she is a nail technician who comes in contact with other people daily.

Her final message to everyone: “PLEASE PLEASE do your research as [this] is unfortunately my life. I don’t have a choice anymore yet you do.” 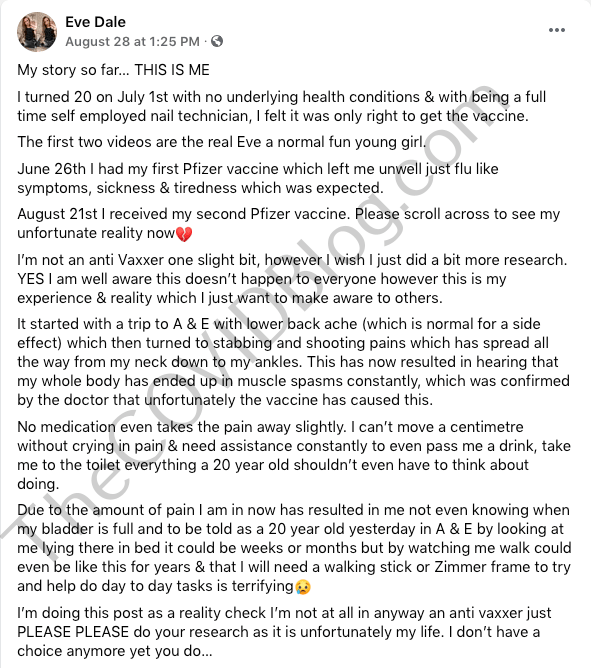 Read more at: TheCOVIDBlog.com and VaccineInjuryNews.com.