(Natural News) United States Marine Sgt. Nicole L. Gee, 23, has been identified as one of the 13 U.S. servicemembers who was killed in Thursday’s terrorist attacks in Kabul, Afghanistan.

Gee became known to the world as a hero when she posted an August 20 picture of her on Instagram caring for a baby in Kabul, saying “I love my job.” Less than a week later, she would be killed in a heinous suicide bombing believed to be perpetrated by members of the Islamic State – Khorasan Province (ISIS-K), ISIS’s Afghanistan affiliate. 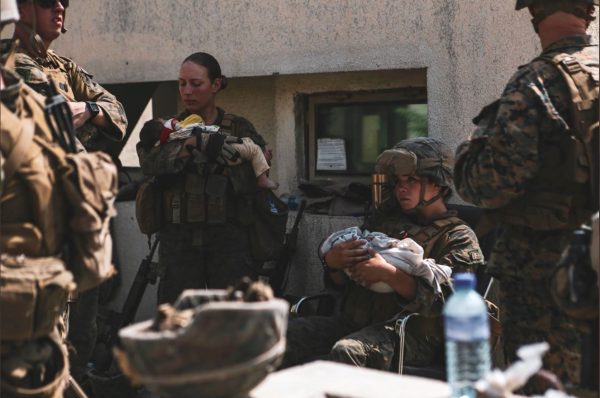 U.S. Marine Sgt. Nicole Gee (center left) seen caring for a baby days before she was killed by a terrorist attack in Kabul, Afghanistan. @DeptofDefense / Twitter.

The Department of Defense later posted the picture on Twitter:

As Breitbart News reported, ISIS-K claimed responsibility for two suicide bombings outside Hamid Karzai International Airport, the staging point for the U.S. withdrawal from Afghanistan, which “killed at least 90 people, including 13 U.S. servicemembers, and wounded another 150.”

Gee, from Roseville, California, was a maintenance technician with 24th Marine Expeditionary Unit. As Stars and Stripes reported, Capt. Karen Holliday said of Gee that “She was doing God’s work…..a warrior … Searching Afghan women and children trying to get out of country.” Holliday added that Gee was a “model Marine” who had recently been “promoted to sergeant meritoriously.” 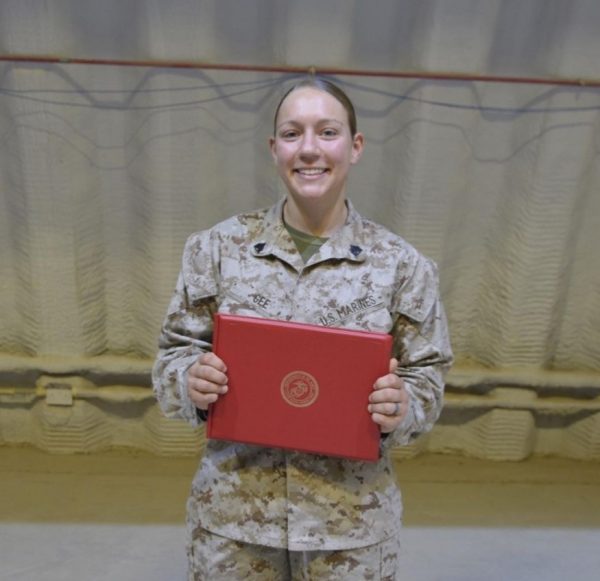 Family and friends of the 23-year-old took to social media to express messages of love for the fallen Marine.

“I can’t even begin to fathom that you’re gone, or come up with the words to express my grief over losing you. i never thought we would be one of the 13 families waiting to get the tragic news.. i love you so much nicole,” wrote Gee’s cousin on Facebook. 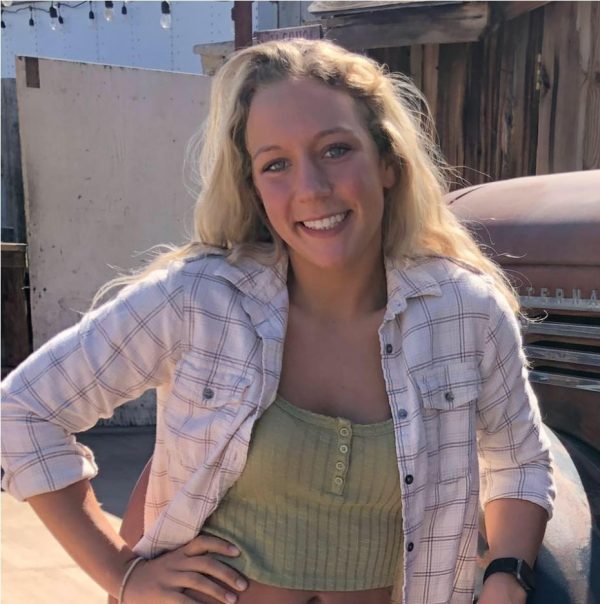 “Not a single day will go by where i don’t miss you, and our family will never be the same now that you’re no longer with us,” her cousin continued in her heartfelt post. “You were a hero to the people you helped in Kabul, and we could not be more proud of your memory.” 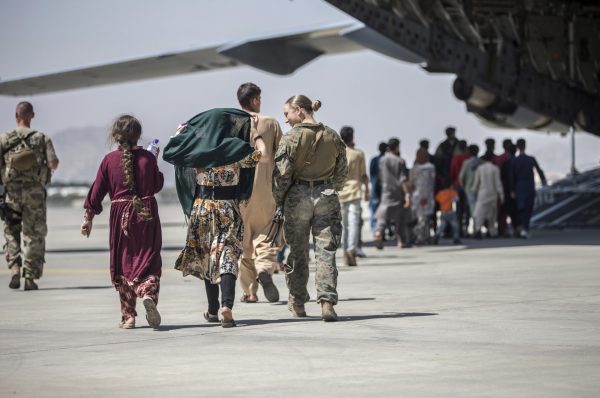 A friend, who appears to have been in the Marines with Gee, also posted a message on Facebook. “How her last breath was taken doing what she loved—helping people—at HKIA in Afghanistan,” she said. 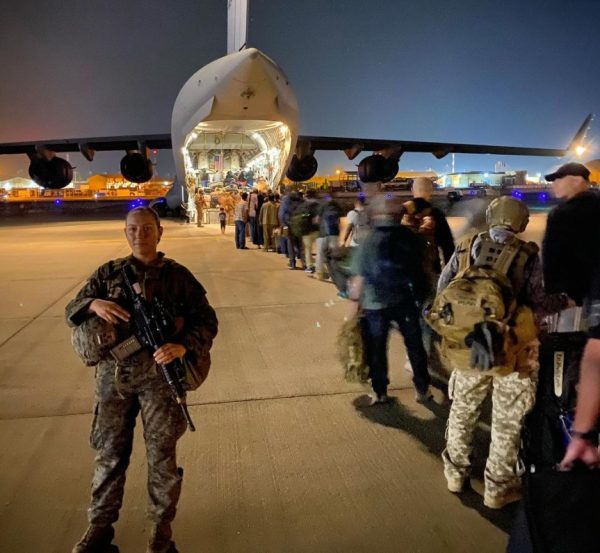 Picture of U.S. Marine Sgt. Nicole Gee helping evacuate people from Kabul, Afghanistan. She posted to Instagram with the caption, “Escorting evacuees onto the Bird,” followed by a heart emoji. (Screenshot via Instagram).

Our generation of Marines has been listening to the Iraq/Afghan vets tell their war stories for years. It’s easy to feel distant when you’re listening to those conversations, it’s easy for that war & those stories to sound like something so distant—something that you feel like you’re never going to experience since you joined the Marine Corps during peacetime. The stories are powerful and moving. Motivating. You know it can happen. And you train to be ready if/when it does. You’re ready. Gung-Ho. You raise your hand for all of the deployments, you put in the work. 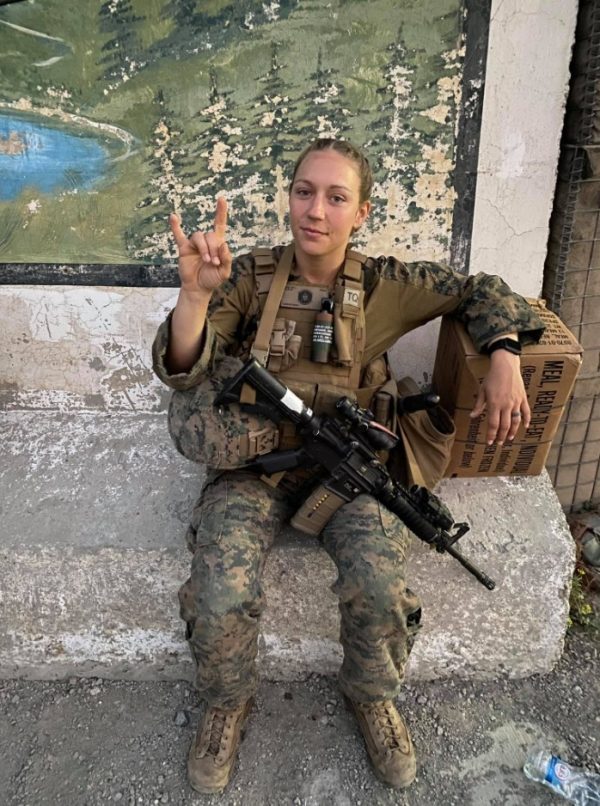 “I find peace knowing that she left this world doing what she loved,” she concluded. “She was a Marine’s Marine. She cared about people. She loved fiercely. She was a light in this dark world. She was my person.”

Read more at: Breitbart.com and Collapse.news

Previous :10 reasons why the FDA approval for Pfizer jab isn’t about health, but about forcing people to take the shot
Next : Shocking Report: Military is flying TERRORISTS out of Kabul — and INTO America
Receive Our Free Email Newsletter

Pentagon assessment of future battlefields envisions staying out of metropolises because big city fighting would be deadly, costly and ultimately futile
Prather Point: Deep State sacrificing informants for their own nefarious ends – Brighteon.TV
Marine officer jailed for criticizing commanders over botched Afghanistan withdrawal
Same FBI that entraps Americans in “terror plots” now questioning patriot groups trying to rescue those left behind in Afghanistan by Biden
UNANSWERED QUESTIONS: Why has there been ZERO video footage of the raids on the US embassy in Afghanistan or interviews with Americans supposedly rescued by the Biden Regime?
Democrats seek to spend billions on welfare for Afghan evacuees (but nothing on protecting the border)
Afghans are arriving in U.S. with viral diseases such as measles, coronavirus
TOO LATE: CIA warns of kids near drone missile target only SECONDS before strike
Jeffrey Prather accuses Biden administration of orchestrating one of the largest international weapons transfers in years – Brighteon.TV
RESISTANCE CHICKS: Michelle and Leah Svensson discuss the implications of the FDA rejecting Pfizer booster shots – Brighteon.TV