For the greater good…

(Natural News) Several years ago while working in Germany I visited the Dachau Concentration Camp. I will tell you if you ever get the opportunity to do so, I highly recommend it. Not because it is a tourist attraction, but because it is about our history – a history we never want to repeat. I will also tell you, it is one of the most gut-wrenching, soul-piercing, things I have ever experienced. You can feel the death in this place and as you walk the grounds and there are images, newspaper archives, clothing, as well as smells you will never forget. It is also a very large complex. From one end to the other it felt like a mile. When you leave the main building, you walk past the foundations of what was once 32 barracks which at one time resembled chicken coops. Given Himmler’s background as a chicken farmer, it certainly makes you wonder if that wasn’t the premise behind the design. At the end beyond the barracks, there was a path that veered off to the left that made the visit, which already seemed dark, turn extremely dark. What was hidden just out of sight of the main camp, were the gas chambers and crematories and this, is where over *41,500 people, mainly Jews, were exterminated. (* this number was a calculated guess by officials and cannot be verified). 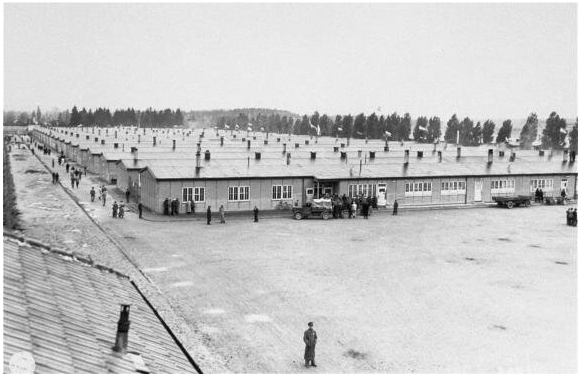 Dachau was established in 1933 to originally hold political prisoners and hardened criminals and was the first concentration camp by which all others were modeled. In 1935 it was repurposed to hold Jews, homosexuals, Christians, and migrants. Over the course of the next 10 years (1935-1945), an undetermined amount of people, mostly Jews, were murdered in Dachau alone as there were trainloads of stacked bodies, mass graves of crematory ashes, and other activities outside of the camp by which no number was ever calculated. 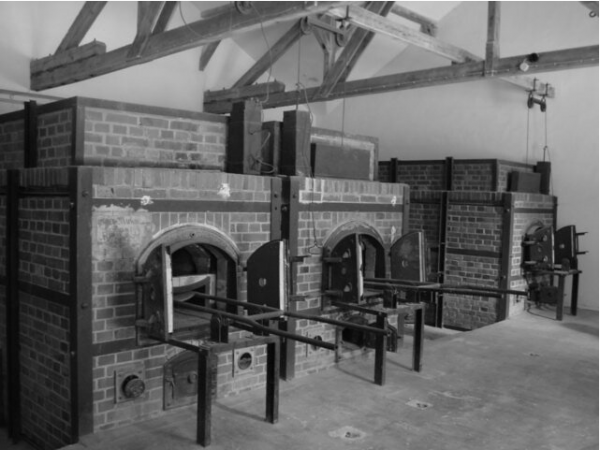 While walking the halls, I read a few newspaper headlines, one that said “Madchen u. Frauen, heraus, aus ver Finsternis!” Which translated means, “Women and children out of the darkness! The other said, “Unsere letzte Hoffnung: Hitler.” which says “Our last hope. Hitler.” I found it interesting that we are hearing similar things today from our politicians and the like. 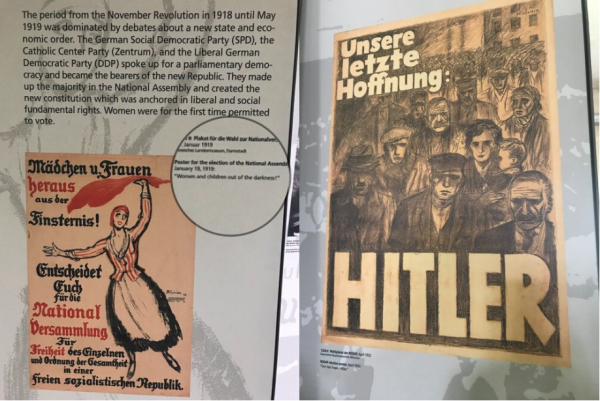 Intro the CDC Green Zone plan. If you haven’t read this jewel, I encourage you to do so. This plan is called the Interim Operational Consideration for Implementing the Shielding to Prevent COVID-19 Infections in Humanitarian Settings. Indeed that was a mouthful, and to think it is the “interim” plan (meaning it is the plan between plans transitioning from one phase to another). The intent of the plan is to locate and isolate individuals who have COVID to stop the spread. This is merely the kick-off as we have yet to see the end plan – or have we? Intro The Great Reset by Klaus Schwab – more on that shortly. 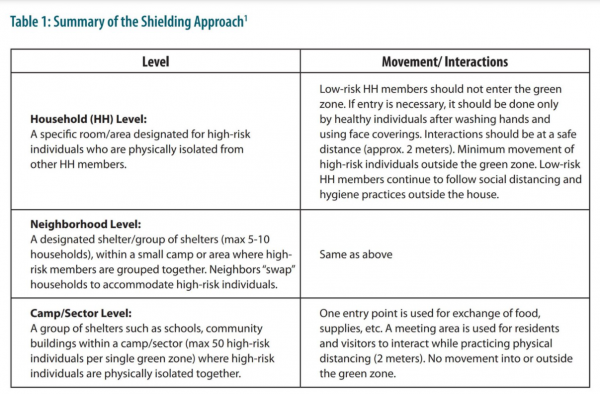 Back to the CDC plan – it is somewhat short and to the point and lays out exactly how they will handle people who are infected. It begins with home isolation, then quickly goes to the neighborhood level, and then into camps. That’s right, camps – called green zones. Now, the home is in essence a lockdown while the neighborhood is something I haven’t quite gotten my head around as that would require some level of external policing and enforcement. The camps however are pretty clean cut. Just like Dachau, they will have one entry point which will be used to exchange food and supplies and bring in the infected, and there will be no movement inside or outside the green zone. According to the plan, inside the neighborhood and camps, they will separate children and genders. One thing that is glaringly missing in this plan is the exit of healthy people, it isn’t even mentioned. How they will know you are infected will be via the contract tracing apps that have been pushed to your mobile devices which have yet to be activated (just note the capability is already there). There are also socio-demographics to be considered within this plan which takes us over to The Great Reset with Klaus Schwab. 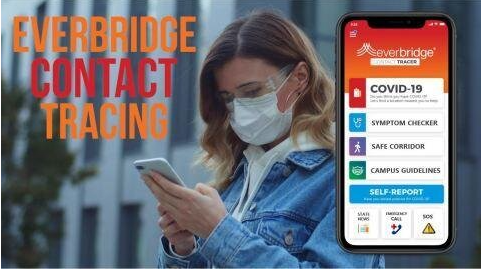 Now if you haven’t read this book, I will tell you that it has an eerie tone of Hitler’s Mein Kemph. Klaus Schwab is Chairman of the World Economic Forum and is an avid believer of a New World Order that includes one money and one government, along with one world leader to run it all. However, instead of wiping the world of the Jews, he takes a swipe at humanity in its entirety. In fact, Klaus’ plan dovetails the entire COVID scenario and emphasizes the need for this all to take place now. Remember, never let a crisis go to waste. Now according to Schwab, the world is on the brink of collapse and all it needs is a little nudge. In comes the delta variant and a government mandate worldwide – mission complete. Klaus points out the conditions around the world relative to social unrest, global supply chain issues, etc. In fact, he even states that the first indicator of the supply chain woes will be automobiles. Which if you have looked at the car dealership lots lately you may have noticed there aren’t very many new cars and if you try to buy one, there is a 90-120-day lead time for it to arrive.

It doesn’t just stop with these two plans, there is actually a website out there called endcoronavirus.org that also seems to be pushing the green-zone approach with analytics on the spread by country. Clearly, a coordinated effort with the CDC and the WHO, which Klaus also states is a must-have for his one-world approach. One very interesting data point with regard to the country list is that Central and South America seem to have the biggest outbreaks right now. Yet, we don’t seem to care about them coming into our country at our southern border. Maybe that’s because this isn’t about a virus?

Now let’s take a look at the workplaces where they are coming out with plans on how to identify those who haven’t been vaccinated with different color badges, stickers, armbands, etc. Not to mention they are mandating people get the vaccine and if you fail to comply, you are out of a job, cannot travel, and shunned by society. 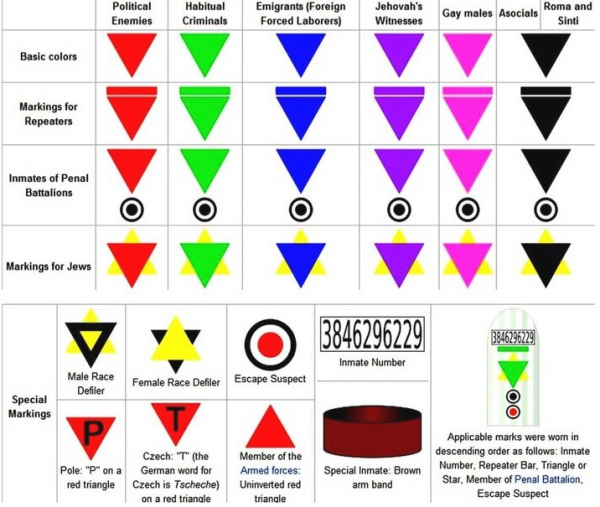 Remember folks, this has absolutely NOTHING to do with a vaccine. This is about ushering in their new world order which will ultimately be the beast system as described in Revelation 13. That is why none of this makes any sense when it comes to getting the vaccine. Between Klas’ Great Reset, the rollout of the CDC Green Zone plan, the coordinated virus tracking, and world leaders who are all stating we need a one-world solution, we seem to be headed down a very slippery slope of not only repeating history, but repeating it on an unprecedented scale. 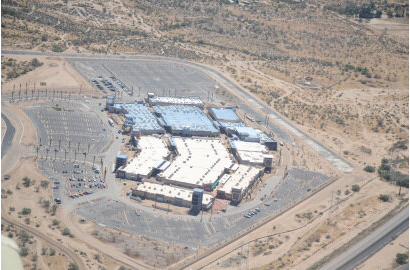 Adolf Hitler wrote, “The receptivity of the masses is very limited, their intelligence is small, but their power of forgetting is enormous. In consequence of these facts, all effective propaganda must be limited to a very few points and must harp on these in slogans until the last member of the public understands what you want him to understand by your slogan.” This is exactly what is being done right now.

Without a doubt, it is not a coincidence we are hearing echoes of Nazi Germany. History, if forgotten, is bound to be repeated.

One last thing in closing to keep in mind, the Bible tells us this is exactly how it all goes down:

So buckle up, because I do believe we are in for a bumpy ride in the months ahead.