(Natural News) Social media helps bring government to the people. And then takes it away. Facebook, YouTube and Twitter have censored local government meetings and officials at least 15 times over roughly the last four months.

School board meetings, board of commissioners’ meetings, a New Jersey state senate hearing, as well as a New Jersey state senator and a Virginia state representative were all hit with Big Tech’s censorship hammer. “What exact threat do we pose to them?” Henderson County, North Carolina Commissioner Daniel Andreotta asked during a “special called meeting.” The impromptu hearing took place after YouTube removed a video of a Henderson County board of commissioners meeting, according to BlueRidgeNow.com. The commissioners eventually voted to replace YouTube as its platform for sharing videos. 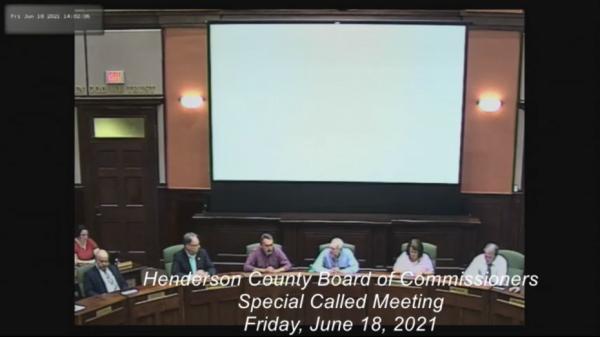 Big Tech has censored local government meetings, and state and local public officials, at least 15 times since March 22, 2021. A frightening trend has reared its head. This is especially true concerning school board meetings where comments from parents and other community members have been censored. School districts often rely on YouTube to share meetings with the broader public.

Four school board meetings, collectively from Connecticut, Illinois and Washington, were removed from YouTube within an eight-day period last month for violating the platform’s “COVID-19 medical misinformation policy.” YouTube subsequently reinstated the videos, citing a carve out in its COVID-19 policy that provides a few select exceptions for content violating its misinformation guidelines. The exceptions include “content showing an open public forum, like a protest or public hearing,” as long as the content “does not aim to promote misinformation that violates [YouTube’s] policies.”

YouTube reportedly told The Washington Post on Friday that it would be adding exceptions for “videos of school board or town hall meetings, where the intention isn’t to promote misinformation.” But even that’s wildly open to interpretation.

At least nine out of the 15 incidents tracked by the Media Research Center were either permanently removed or banned from a social media platform.

YouTube removed, but eventually reinstated, a school board meeting from Vancouver, Washington just last month for violating its COVID-19 policies. “How can I involve myself to help resolve this issue?” a member of the public, who identified herself as someone who “worked years in early child development,” asked regarding the infusion of critical race theory into school curriculums. “Can I read through the curriculum and critique it in order to eliminate non-biased messages, or negate subtle messages which attack a person based on their gender or race?”

Big Tech’s censorship of local government meetings and public officials, whether restored following criticism or not, is a slippery slope that keeps getting steeper.

David Smith, the Chief Communications Officer for the Shawnee Mission School District, which also had a board meeting removed from YouTube, said the district was concerned about the implications of continuing to allow public comments at future meetings, according to the Shawnee Mission Post. “This could impact our ability to post to YouTube, which would shut off our ability to broadcast meetings,” Smith reportedly wrote in an email.

Lake Forest School District was also affected by YouTube’s censorship in the last month. Melissa Oakley, the chief communications officer for Lake Forest Schools, even indicated to The Washington Free Beacon that this month’s incident wasn’t the first time YouTube pulled one of their board meetings.

Videos of local government meetings were frequently removed by YouTube due to the public comments from parents and other community members speaking out against masking and other social distancing policies. YouTube consistently cited its “medical misinformation” policy, which states that content contradicting the World Health Organization’s or local health authorities’ guidance regarding COVID-19 protocols is prohibited.

The board of commissioners in a small county in North Carolina called an emergency hearing after a video of one of its board meetings uploaded to YouTube was deleted by the platform. The board meeting deleted by YouTube included several members of the public requesting that the commissioners not use taxpayer dollars to promote vaccine incentives. At the impromptu hearing, the board ultimately voted to oust YouTube as its platform for sharing videos.

“We the commissioners are here to do the people’s business, even the people that maybe didn’t vote for us,” Henderson County Commissioner Andreotta said during the hearing, “and we do it in front of the people, that’s how it should be done.”

Rebecca McCall, vice-chair of the Henderson County Board of Commissioners in North Carolina, said during the same hearing that she was concerned about YouTube “choosing what medical information is valid,” according to BlueRidgeNow. “And yes, the information shared was from citizens who had done research, but wasn’t validated, I give them that, but however, based on their qualifications that they list, if we had a medical doctor stand up there and state that he did not agree with the vaccine for children, or for pregnant women or for whoever, and listed the reasons why with medical backing, they would have taken it down also.”

Courtney Ann Taylor said that YouTube also removed a video of her scorching her local school board over its mask mandate for children. For its part, Twitter suspended a New Jersey State Senator over his comments speaking out against vaccine mandates, and Facebook permanently banned Repblican Virginia State Senator Amanda Chase from its platform.

Read more at: NewsBusters.org and BigTech.news.

Previous :Senate Democrats ram through massive $3.5 TRILLION spending package
Next : We will not comply: A campaign against medical tyranny
Receive Our Free Email Newsletter

Say only what we want to hear, or we will take away your livelihood
Silicon Valley corporations are taking control of history
Time columnist denounces free speech as a White Man’s “obsession”
Big Tech Oligarchy (BTO) illegally censors speech at the world’s “public square”
15 times Big Tech censored local government meetings, officials since March
Biden White House will weaponize Facebook against ‘problematic’ accounts
If you cancel your 4th of July plans because the government forces you to, then you’re missing the whole point of Independence Day
EXPOSED: “NewsGuard” organization founded by globalists to censor independent media has ties to pro-Monsanto American Enterprise Institute propagandists