(Natural News) On Wednesday, the Department of Homeland Security under Alejandro Mayorkas leaked yet another “internal bulletin” fearmongering about how “white extremists” may be planning to carry out mass shootings in the run up to July 4th.

“Federal authorities are deeply concerned about the possibility of domestic terror and violence, including mass shootings, as the Fourth of July holiday approaches and the summer season gets fully underway,” ABC News said. 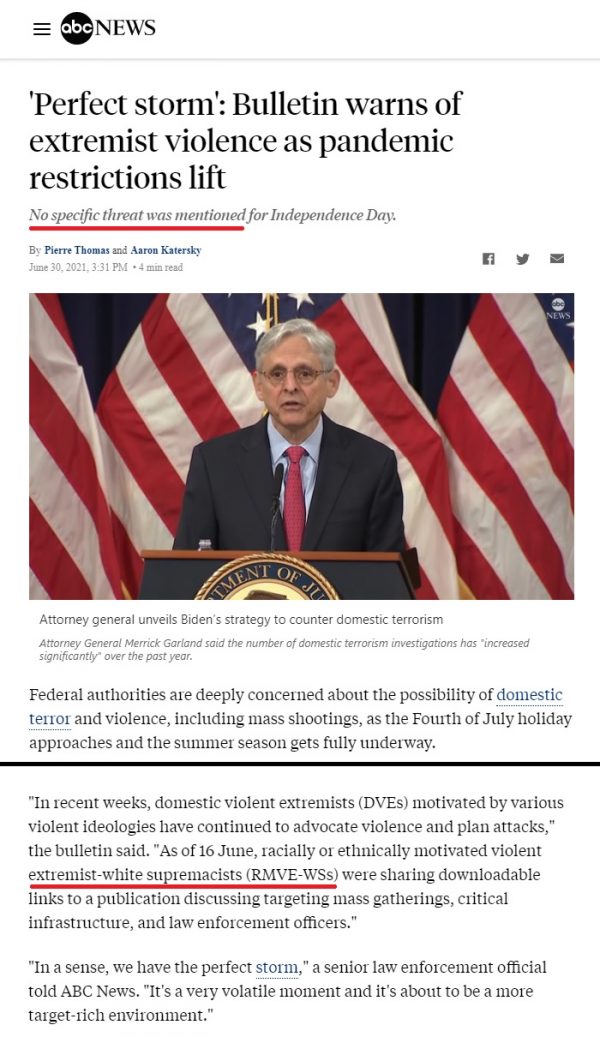 If you managed to read past ABC News’ headline, you’d see the feds admit there’s “no specific threat” and their only evidence of a possible threat is some online chatter (that was probably put out by their own agents working to entrap gullible saps and the mentally disabled).

The bulletin came out just days after a black extremist shot a Daytona Beach police officer in the head.

JUST IN – Othal Wallace, wanted for shooting a DBPD officer, was taken into custody early Saturday in a wooded area outside of Atlanta that is associated with the black nationalist militia NFAC. pic.twitter.com/YTGjK2gBJc

Mayorkas has issued multiple of these fearmongering bulletins warning of imminent mass death and always leaks them to ABC News who reports on it every time as though it was the first time and never points out how their past leaks were total bulls**t.

ABC News together with Mayorkas hyped the hell out of the notion that “Q-Anon extremists” were going to attack the Capitol on March 4 yet literally nothing happened.

Glenn Greenwald recently detailed how they’re issuing such fearmongering bulletins every few weeks. This appears to be the fifth such bulletin this year.

Though no “white extremists” carried out any mass shootings as they were predicting, there were multiple mass shootings in Chicago over just the past week.

From WGN 9, “Baby among 20 shot in Chicago as holiday weekend gets underway”:

A baby girl was among 20 people shot in Chicago as the holiday weekend gets underway.

A 1-month-old baby girl was one of seven people shot Thursday night in Englewood. Police said three gunmen got out of a Jeep and started shooting in multiple directions around 8 p.m. on the 6500 block of South Halsted Street. 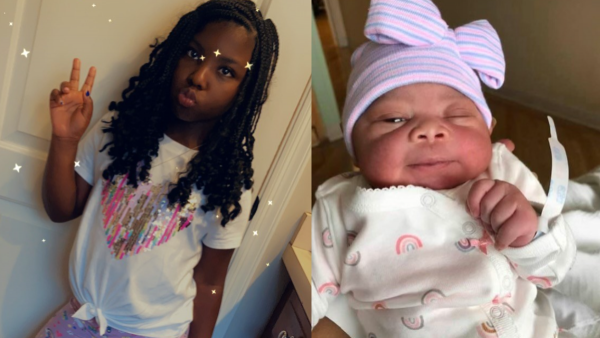 The infant was shot in the head and taken to Comer Children’s Hospital in critical condition. The other people who were shot ranged in age from 15 to 46. All of them were listed in good condition.

Hours earlier, a 9-year-old girl was shot in the head in East Chatham in a double shooting around 2:45 p.m. on the 800 block of East 79th Street. A 61-year-old man was shot in the foot. Chicago police Supt. David Brown said they were caught in gang crossfire. The 9-year-old was in critical condition.

“According to Chicago police, 172 children have been shot and 25 kids have been murdered so far this year,” ABC 7 Chicago reports.

Here’s video of the mass shooting where a 1-month-old baby girl was shot in the head (it appears she’s going to survive as her brain wasn’t hit):

Video of the mass shooting tonight at 66th/Halsted. Seven shot, including a one-month-old girl, by gunmen who emerged from a black Jeep Cherokee with rifles. #Chicago pic.twitter.com/39evfBmnN9

HeyJackass is reporting there were 131 people shot in Chicago in just the past week:

“A woman was killed and an 8-year-old girl and another woman were wounded early Thursday in Roseland on the Far South Side,” ABC 7 Chicago reported.

Two men (who were not white extremists) were filmed last week getting out of their car at a traffic light and opening fire on a vehicle ahead of them with “automatic weapons” (where is the ATF?).

There were two mass shootings within two hours on Sunday:

People are also getting carjacked and robbed all over the place:

How many of these crimes and mass shootings were carried out by “white extremists”?

The answer is zero.

If it’s not a “white extremist” doing the shooting, the feds couldn’t care less.

Perhaps community leaders in Chicago could get creative and start a crowdfunding campaign to pay so-called “white extremists” to come to their neighborhoods in the hopes the feds will finally pay them some attention?

As it stands now, the feds are happy to just watch the slaughter from the sidelines while they focus on disarming middle America, entrapping “white extremists” and hunting down every last grandma who walked into the Capitol on Jan 6.

1-month-old baby among 130+ shot in Chicago this week as DHS & FBI stay focused on ‘white extremists’
The horrifying rise of total mass media blackouts on inconvenient news stories
The Biden administration’s domestic terrorism strategy threatens to criminalize conservative speech and thought
Wikipedia is more one-sided than ever
YouTube pulls videos of human rights violations in Xinjiang
Hold the applause! NFL’s GOP gay hero downgraded to zero
iHeartMedia announces discriminatory hiring policies against white people, then backtracks after public outrage
Oxfam blames “privileged white women” as root cause of sexual violence
Facebook VP admits fact-checkers are biased, pursue their own political agendas
Massachusetts school district tells students to REPORT on each other when they hear something offensive like “Ohhh, you got the ‘China virus’?!?!”