As Hunter Biden scandal gets ready to explode in their faces, Big Tech, the MSM and the Democrat Party are committing mass suicide by attempting to ‘rig’ the election for Joe Biden

(Natural News) While Adam Schiff and many Democrats continue to babble on about Hunter Biden’s laptop being some new kind of a ‘Russian disinformation campaign‘, and twitter, facebook, ‘big tech’ and the mainstream media in general continue to censor any efforts to get the story out to America, Piers Morgan over at the Daily Mail recently published a new story in which he ‘lays to waste’ Biden’s attempt to ‘dodge’ this scandal that should be the final hole in his sinking ship.

Titled “Despite the best, biased efforts of Facebook, Twitter and the overwhelmingly Trump-hating media to kill the story, Biden now has serious questions to answer about Hunter’s dodgy deals and he can’t duck them forever”, Morgan also slays ‘big tech’ and their attempts to censor this story.

With twitter recently telling the NY Post that they’ll continue to keep the NY Post twitter account locked until they delete all stories referring to Hunter Biden giving 100% proof to Americans all across the country that they’ll attempt to ‘alter the course’ of the 2020 election, even if it proves them to be traitors to America, as Mike Adams had reported in this October 16th story over at Natural News, “If Biden ‘wins’, the election is NULL AND VOID because of Facebook, Twitter, Google and YouTube election interference”. From that story before we continue.:

With Facebook, Twitter, YouTube and Google now conspiring to censor all the bombshell breaking news about the Hunter Biden / Joe Biden crime family, we can now declare the upcoming election to be null and void if Biden wins.

Why? Because the elections process of our constitutional republic depends on fair and free elections taking place, which means people must have the freedom to read the news, debate ideas and share ideas without politically motivated interference and censorship from the techno-tyrants, the speech monopolists who decide what you’re allowed to say. The coordinated, malicious blocking of the NY Post investigative journalism stories on Hunter Biden’s emails and Joe Biden’s complicity with Ukraine and China constitute illegal election interference.

Worse yet, none of the tech companies are backing off their censorship. In fact, they’re doubling down and censoring follow-up stories from the NY Post as well as any other publications that cover the news. Wikipedia has even joined the fray, now condemning the NY Post as an “unreliable source” and using that excuse to blacklist the bombshell story exposing the Biden crime family. And that’s how it works, you see: The tech giants declare all sources they don’t like to be “unreliable” or “unsafe,” and then claim they are “protecting” their users from those sources by censoring them wholesale. 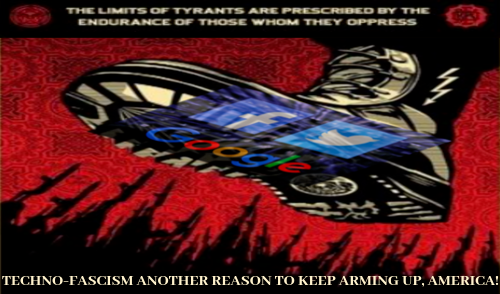 And as Adams had also pointed out in this story, if Americans needed any more proof that the election has been rigged in the Democrats favor, we learn that facebook and twitter executives had joined Joe Biden’s transition team weeks ago, more evidence that Democrats are attempting to unveil a ‘techno-dictatorship’ across America that leaves Americans with a ‘technocratic boot stamping upon our human faces forever’. Once more, from Adams’ crucial story.:

It’s no surprise to learn that top executives from Facebook and Twitter joined the Joe Biden transition team weeks ago, and they are now conspiring to make sure Biden becomes president by burying extremely important, highly relevant news stories that the public deserves to see. In effect, the tech giants have become Joe Biden’s campaign team, which means they are supplying billions of dollars of “in kind” campaign contributions to the Biden campaign in an illegal way, in utter violation of FEC rules and campaign funding laws. For this reason, the CEOs of these tech giants must be arrested and charged with election rigging, fraud and campaign finance crimes.

More importantly, if Joe Biden manages to win the election because of all this rigging by the tech giants, that victory would be null and void. Biden would have only won by cheating via coordinated techno-fascist censorship carried out by the very same executives who are already on his transition team. This means Biden himself is tied to the corporate censorship that’s trying to help him steal this election by cheating.

This cannot be tolerated in a free republic, especially when the crimes that Joe Biden has obviously committed include international money laundering, official corruption and numerous bribery crimes that should land him behind bars, not behind a desk in the Oval Office. Joe Biden is an international criminal, not a national leader, yet the tech giants are going all-out to try to hide these truths from the public, all in a deliberate, coordinated effort to eliminate Trump from the White House by any means possible… even if it means carrying out crimes of election rigging.

As we hear in the only video at the bottom of this story from Timcast, the Hunter Biden laptop story provides America with absolute proof that the mainstream media and ‘big tech’ are a sinister part of the Democrat party, blatantly lying to the American people and outright censoring absolutely vital information that is pertinent for the people to make a choice in this election.

And with President Trump also calling two reporters ‘criminals’ for refusing to report upon the Biden crime family bombshell scandal, thus ‘covering up’ information that could be vitally important to the votes of millions of Americans only two weeks away from the 2020 election, the fact that Communist China is using outlets such as facebook and twitter to try to sway the results of this election in Joe Biden’s favor is alarming and offers staggering national security implications. From this story at Front Page Mag.:

Chinese state broadcasters like Xinhua spend a lot of money advertising their propaganda on Facebook. Some of that propaganda aimed at Americans explicitly attacked President Trump.

But China doesn’t need to resort to the crude measures of Russia’s Internet Research Agency.

Facebook, like most of Big Tech, understands that its future rests with China’s Communist Party. Its growth potential and a sizable amount of its revenues are tied to better relations with China. And for that to happen, Hunter Biden’s dad has to win and President Trump has to lose. And so the social media monopoly led the way in censoring a damaging story about Hunter Biden.

“Helping Chinese companies expand their visibility overseas has been one of the fastest-growing businesses for Twitter,” a China Twitter executive claimed.

And, also like Facebook, it’s not just products that are being exported. During the Communist dictatorship’s crackdown on Hong Kong, Xinhua ran ads on Twitter defending the repression.

This wasn’t too surprising considering that Twitter’s first China boss had worked for the People’s Liberation Army and then on a joint venture with the Ministry of Public Security.

After Twitter was shamed into pulling the ads, the Communist dictatorship threatened to cut off its ad revenues. The message was clear. China was in control of Twitter’s cash flow. 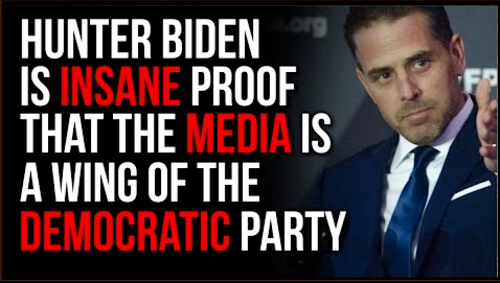 And while we’ll continue to pray for peace and ‘law and order’ in the next 14 days ahead and the months following what will surely be the most bitter election in recent US history, as Susan Duclos just warned in this October 19th ANP story, with liberals across the country already threatening violence if President Trump is re-elected, it’s absolutely prudent that Americans prepare for the lunacy leftists are about to unleash.