More evidence of neo-Nazi worship emerges in Ukraine, as commander of all the country’s forces pictured wearing swastika bracelet

(Natural News) More evidence has emerged that elements of Ukraine’s military are beholden to Nazi ideology, as President Vladimir Putin alleged prior to his invasion of the country in February.

The latest proof involves a bracelet worn by the Ukrainian armed forces’ commander-in-chief, General Valery Zaluzhny. A close-up of the bracelet, which appears to be on his right wrist, clearly shows the outline of a swastika, Russia Today has reported.

Pro-Western and pro-Ukraine media have regularly dismissed such claims as “Russian propaganda.” The photo in question has been circulating online at least since March, RT.com added. 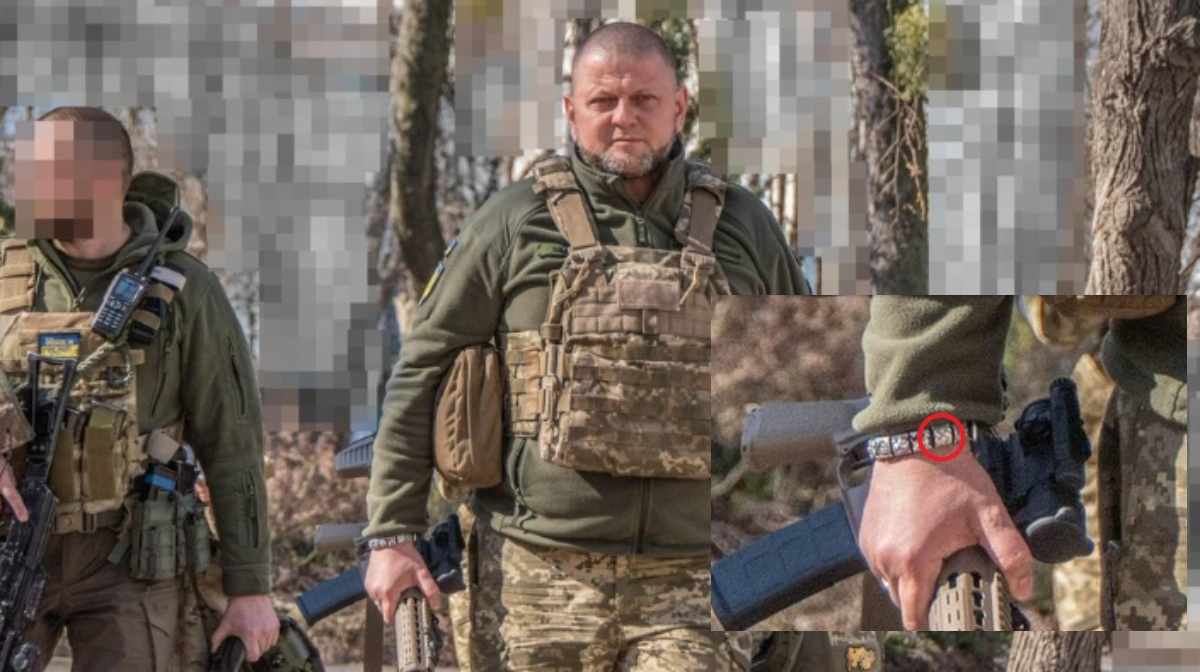 “A handful of pro-Ukrainian commentators claimed that Zaluzhny’s bracelet actually depicted a Scandinavian pagan symbol, which looked like a swastika due to digital compression of the image. Zaluzhny himself commented on one Facebook post insisting that this was the case,” the outlet reported.

But again, this isn’t the first Nazi imagery seen being worn by Ukrainian military personnel. First and foremost, the notorious “Azov Battalion” actually began as a neo-Nazi militia. Also, “regular Ukrainian service members have been seen wearing the ‘death’s head’, or ‘totenkopf’, the symbol of the 3rd SS Panzer Division, and have also daubed swastikas on their vehicles,” reported RT.com.

To that point, U.S. taxpayers via the Biden regime are actually funding and providing weapons to the battalion, as well as the Ukrainian military writ large. The Azov Special Operations Detachment, or the Azov Battalion, is a fascist and neo-Nazi battalion that is an integrated unit of the Ukrainian National Guard.

It was formed in 2014 in response to the ongoing anti-Russian, pro-European Maidan protests, as well as Russia’s annexation of Crimea and the rise of pro-Russian separatist groups in the eastern Donetsk and Luhansk oblasts, which is another name for provinces.

In fact, the U.S. began supporting the battalion during the Obama regime in 2015. Several members of Congress attempted to amend laws to limit providing “arms, training and other assistance” to the Azov Battalion and other neo-Nazi militias, but this was quashed by the Defense Department under the 44th president.

“It would take targeted efforts by U.S. forces in Ukraine to ensure it does not receive the same weapons and support as other units,” wrote journalists Medea Benjamin and Nicolas J.S. Davies in Fair Observer. “Today, in the midst of a war and a huge influx of U.S. military aid, that would seem to be almost impossible.”

“Considering the fact that the U.S. Army has been training Ukrainian armed forces and national guard troops … Congress and the administration have paved the way for U.S. funding to end up in the hands of the most noxious elements circulating within Ukraine today,” noted James Carden for The Nation, going on to suggest that members of the U.S. military have directly trained members of the Azov Battalion.

“Supporting Ukraine’s neo-Nazis serves the U.S.’ own interests,” added Li Wei, an expert on national security issues at the China Institute of Contemporary International Relations. “By inciting conflicts between Ukraine and Russia, the U.S. has weakened Russia further and pushed Ukraine to NATO. It has also improved its relationship with Europe, which has become more strategically dependent on the United States. The U.S. is really the biggest beneficiary of Russia-Ukraine tensions.”

In May, human rights groups found a neo-Nazi torture chamber in Ukraine with a corpse.

“Russian and Donbas investigators have gathered volumes of evidence dating back to 2014 on probable war crimes committed by Ukrainian neo-Nazi organizations against Russian forces, Donbas militia members, and civilians. Additional proof of similar acts has surfaced since Moscow launched its demilitarization campaign in Ukraine,” Great Game India reported at the time.

“Russian security troops patrolling in the liberated Kherson region uncovered a makeshift torture cell that might have been utilized by neo-Nazis or the Ukrainian military,” the report continued.