(Natural News) TikTok has banned users from even searching for the term “white lives matter,” listing the phrase as being associated with “hateful behavior.”

Apparently, according to the Chinese-owned video app, which is notorious as perhaps the most censorious in existence, white lives don’t matter.

When searching for videos or profiles containing the term “white lives matter,” users are met with a message which states, “No results found. This phrase may be associated with hateful behavior. TikTok is committed to keeping our community safe and working to prevent the spread of hate. For more information, we invite you to review our Community Guidelines.”

TikTok uses the same method to block people from even searching for individuals deemed to be “hateful,” where banning their accounts isn’t enough, mere mention of them must be expunged entirely. 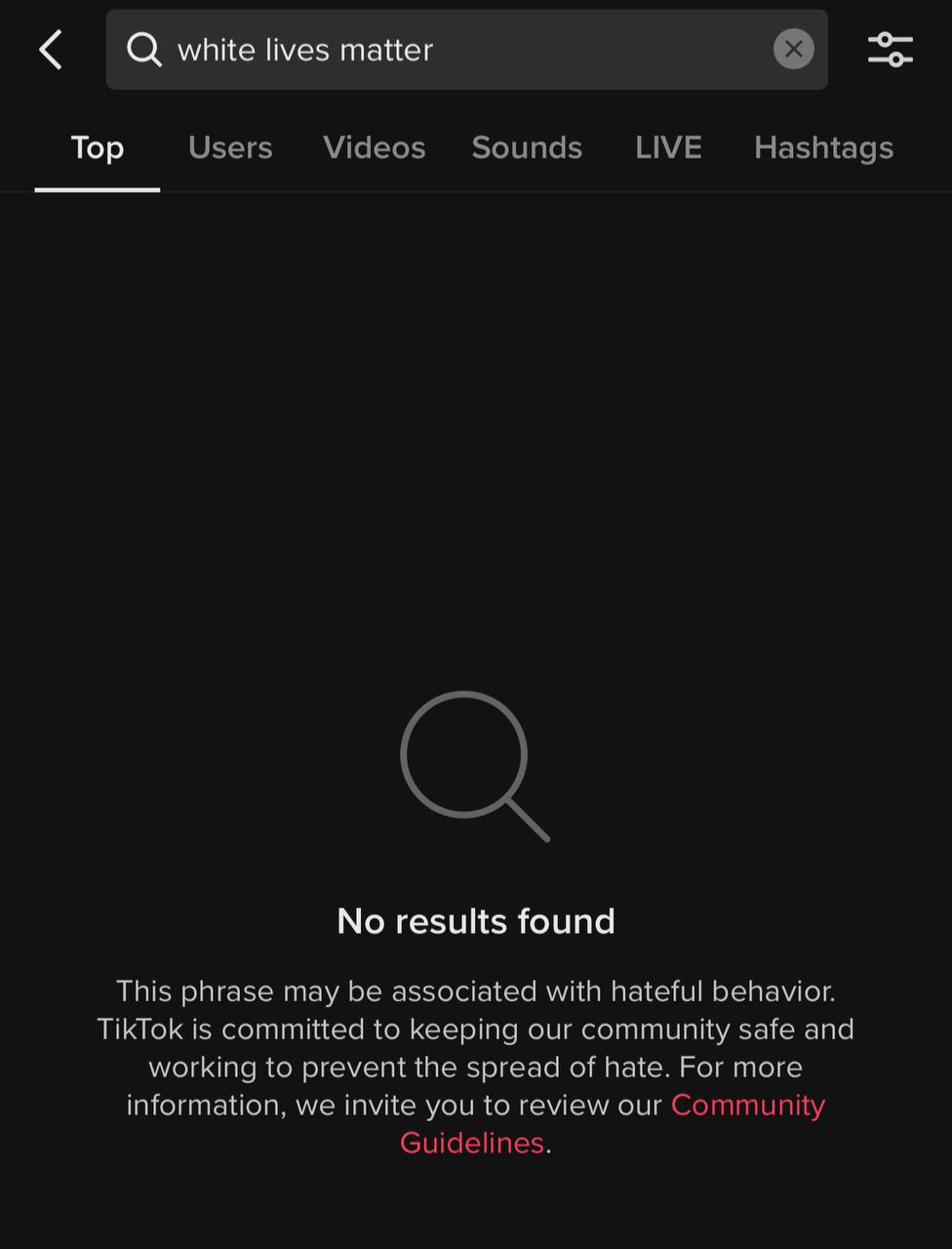 Indeed, a previous trend that TikTok allowed to feature prominently on the platform was centered on users threatening to violently kneecap people who didn’t support BLM.

The platform has also allowed fake news about Trump resigning to go viral, has censored videos that make fun of Dr. Anthony Fauci, has removed videos that highlighted inconsistencies in Amber Heard’s testimony, and has also threatened to censor criticism of Joe Biden.

The term “white lives matter” rose to prominence again last week after Kanye West unveiled a new line of merchandise featuring the slogan and modeled it with Candace Owens.

Earlier this year, Instagram temporarily suspended Kanye after an angry rant prompted by his 8-year-old daughter being allowed to perform a pro-LGBT TikTok dance routine.

The hip hop star had his account blocked for 24 hours for violating the platform’s policies on “hate speech, harassment and bullying” after his eldest daughter North appeared with bright makeup and sang a song about falling in love with a girl in a video that was posted to TikTok.

Meanwhile, no matter how much the idea is censored and demonized, white lives do indeed matter.

TikTok bans the term “White Lives Matter”
FBI STATS: More than 60% of known murder offenders in 2021 were BLACK
Tulsi Gabbard quits the Democrat party: ‘Elitist cabal’ run by ‘warmongers and anti-white racists’
Kanye West Says ‘everyone knows that Black Lives Matter was a scam’
White Christian mental health nurse sues Tavistock clinic after being forced to sit through anti-White seminar
Minnesota high school students stage a walk out protest in opposition to anti-white racism
San Francisco says no monkeypox shots for straight white people, but shots are free if you’re black or a prostitute
Kamala Harris says relief from Hurricane Ian should be based on skin color, ‘equity,’ meaning whites get helped LAST
Nearly every student at California school with “social justice academy” is FAILING MATH AND SCIENCE
From Jussie Smollett to BYU, the media’s history of peddling race hoaxes