(Natural News) There is no doubt among reasonable Americans that the 2020 election was stolen from President Donald Trump.

Not only did he win every bellwether county in the country except one, he also won states that normally indicate victory for the candidate as well as a historic amount of votes — 74.5 million — for a Republican presidential candidate.

The proof was expertly laid out in the blockbuster documentary “2000 Mules,” which was produced by noted conservative documentarian Dinesh D’Souza. After lamestream media types and Democrats demanded proof for months of election fraud and theft, D’Souza delivered it, but of course, the same liars denied the evidence was real.

Two experts involved in the making of that film, Catherine Engelbrecht and Gregg Phillips of True the Vote, have since made another alarming discovery that they say is being covered up by the Biden regime: Namely, that China has managed to infiltrate a major U.S. election software company in a way that could alter the outcome of yet another round of elections, the November midterms.

According to a report from the Kanekoa News Substack:

In a live chat released on Monday, Catherine Engelbrecht and Gregg Phillips appeared together on “truethevote.locals.com” to discuss their 15-month involvement with what was characterized to them as a “counter-intelligence operation” with the Federal Bureau of Investigation into American election company Konnech Inc.

Konnech, based out of East Lansing, Michigan, builds software to manage the poll workers, poll locations, campaigns, assets, and supplies necessary to run elections in the United States, Canada, and Australia.

Phillips said a cyber analyst he was working with encountered an “oddity in some of the URLS” in January 2021 including at vote4la.com, vote4detroit.com, and vote4boston.com. Konnech’s PollChief software application used the URLs to gather personally identifiable information regarding poll workers.

Using BinaryEdge, software that companies utilize to find and assess risks of cyber breaches, Phillips said, “We began to look at where do these URLs resolve to. We found that most of them resolve to one I.P. address and that I.P. address — the URL resolved in China.”

“What we also learned in our review, apps.konnech.com [.net], resolved into this same URL in China, meaning that the application itself was residing in China,” he added.

“In Binary Edge, you can figure out what type of database they are using, their database port, and all the different services offered by ports in this particular application living in China. It turned out that not only did it live there, but they left the database open,” Phillips continued.

This database “stored the personally identifying information of over a million Americans,” he noted.

After deciding that “this was a major national security risk,” Engelbrecht and Phillips wasted no time in taking what they had learned to the FBI. 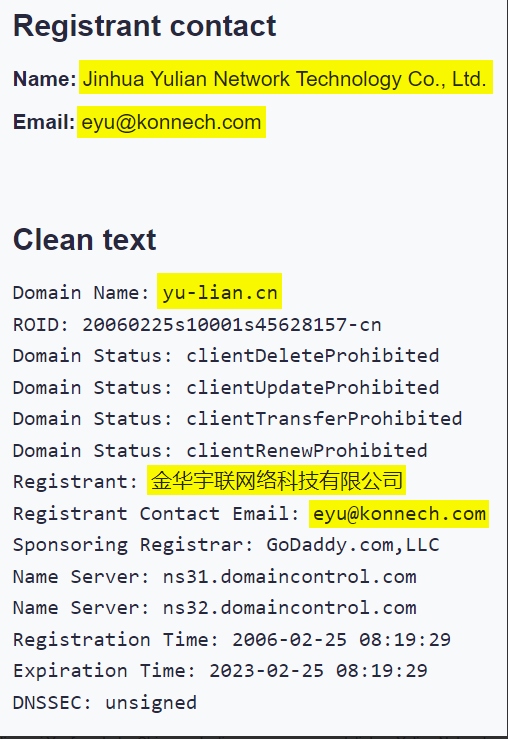 They experts also said that the FBI field office they were working with for the 15 months was “legitimate” and not “political law enforcement.”

“These were legitimate people who believed that this software posed a national security risk to the United States of America and they were working with us closely to try to stop this from being in place during the midterms,” Phillips explained.

“The focus point was always we needed to remove this software from the election, but taking a step further, there were a lot of other concerns that the bureau had,” he said, adding that agents told the pair that Konnech was already on the FBI’s radar for a number of other reasons.

In April, Engelbrecht said she got a call from the field office, which relayed that headquarters in Washington, D.C., had gotten involved. She said literally everything changed after that phone call.

There was no more goodwill, there was no more let’s work together, the script had been flipped, and now we were the target,” she said. “That was a very disturbing call.”

The agent informed Engelbrecht that “two women” at the FBI’s headquarters believed that Phillips and Engelbrecht were “in the wrong for doing this” and that the D.C. office was now trying “to figure out how you guys broke the law to find all of this.”

Engelbrecht added, “which of course we didn’t, but that was kind of their MO [modus operandi], they were going to try to pin something on us, and today you can pick your headlines about how the FBI has done this time and again.”