Largest price increase EVER for cereal, fruits, veggies, and soups has already occurred and prices are still rising – one chart shows how dire food inflation has become as it worsens daily

(Natural News) While the national media continues to gaslight Americans about how great the economy is doing, despite being in a recession, Americans just ‘can’t see’ it they claim, all the while those same Americans are seeing their grocery bills continue to rise, are being forced to eat more chicken in place of beef because they cannot afford beef as often, all the while spending approximately $4 a gallon for gas to commute to work, or shop, or travel anywhere, the disconnect between the media propaganda and reality for millions of Americans continues to increase.

Oh, and about those gas prices, the Biden regime, with the help of the national media, are busy touting how the prices have decreased, yet ignore the fact that prices are still 23% higher than last year.

The national average this time last year was $3.18, over 23% cheaper, according to the AAA. Demand for oil remained low but was slowly rebounding, which the AAA noted might cause the drop in prices to slow or halt.

Prices have remained high in California and Hawaii, where gas is still $5.56 and $5.43 respectively, the highest in the nation, the AAA reports. The lowest prices were in South Carolina and Texas, where gas has fallen to $3.71 and $3.69 respectively, meaning the national average was still almost 15% cheaper at the same time last year than even the cheapest states today.

The Biden regime, again propped up by the MSM, claims there is no recession despite having entered into a phase which is literally defined as a recession, yet Americans aren’t buying it, as shown below:

No matter how many times the media repeat the same tired lies to protect the Biden regime, Americans see the truth, by the total when they fill up their gas tanks, the grocery bill at the checkout line, in many cases paying more and yet having less to put on the table, or having to adjust their eating habits.

Here is an archive.ph link to a CNN business article that negates what their opinion pundits, cable news shows, and the rest of the national media have been telling Americans about how the economy is doing just fine and dandy.

The headline: Steak’s off the table: Inflation-weary shoppers are switching to chicken

Tyson is not the only company to note shifts in shoppers’ purchasing habits. Consumers are dealing with the highest inflation in more than 40 years and many are making trade-offs.

Kroger (KR) said in June that that budget-constrained shoppers were buying fewer items in stores, favoring Kroger’s cheaper store brands instead of name brands, and switching from buying beef to pork.

Walmart (WMT) in May said some consumers were switching from buying gallons of milk to half-gallons and switching from name-brand lunch and deli meat, bacon and dairy products to store brands.

Treehouse Foods (THS), a leading manufacturer of store brands for Walmart and other retailers, also said Monday that private labels were becoming a more appealing option for shoppers squeezed by inflation.

The New York Times (Archive.ph link here) details how “eating out” has become so much more expensive, without really acknowledging that each of the issues discussed, except the labor costs, are also effecting everyday Americans.

Below is a chart to make the point: 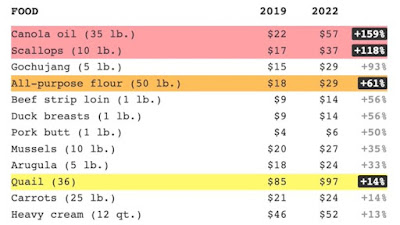 As you can see the massive increases in prices for things like canola oil, flour, beef, pork, carrots, cream, and all the other things listed, are also items households in America use every day.

If it affects the prices of eating out, it also affects individual households.

It isn’t just the Russia/Ukraine war causing price hikes and food shortages, but the unprecedented amount of food processing plants and food manufacturers that have gone up in flames, quite literally in many cases, is also sabotaging Americans’ ability to feed their families.

That is in addition to the  documented 100+ US Food, Water and Energy Infrastructure Plants Destroyed.

Another issue adding to the food supply chain woes is severe drought which is causing “widespread crop failures” throughout the US and Europe, as reported by The Economic Collapse Blog.

Despite slowing inflation in July, food prices have continued to rise at historic levels, the U.S. Bureau of Labor Statistics reported Wednesday.

“The food index increased 10.9 percent over the last year, the largest 12-month increase since the period ending May 1979,” BLS said.

Some grocery store items have seen prices rise even faster, though.

“The food at home index rose 13.1 percent over the last 12 months, the largest 12-month increase since the period ending March 1979,” BLS said. “The index for other food at home rose 15.8 percent and the index for cereals and bakery products increased 15.0 percent over the year. The remaining major grocery store food groups posted increases ranging from 9.3 percent (fruits and vegetables) to 14.9 percent (dairy and related products).”

As a side note, in 1979, Jimmy Carter was President, once labeled the worst president in history, which Joe Biden may just replace him as.

Generally this would be the point where we offer links so people can stock up from online before those prices catch up with the grocery store, and we will provide those links lower down in the article.

But first… An important email from a reader with information that we feel it is critical to bring to our readers.

The attached pictures are from The Salvage Store in Folsom, LA. After reading your articles concerning the coming food shortage and rampant inflation, I noticed  no mention of discount or Salvage food stores. Stores like The Salvage Store represents a great opportunity to reduce your food bill and or stock up for long term storage. These pictures were taken today August  10, 2022. You will  notice great prices compared to Walmart and other grocery stores. My wife and I are in our mid 70’s and our primary income is social security. We travel 40 miles  twice a month to take  advantage of the bargains we find there. We do pay attention to expiration and use by or best by dates. When shopping  in this type store you can’t  just make a list of what you will buy. Just take advantage of the bargains available that day that you need or can use. By buying cases of items you can save a great deal. I recently bought a case of Cornish hens for $20. It contained 36 Cornish hens which I rewrapped and froze for a cost of $.55 each. That is just one example. Feel free to use these pictures and info.

There are quite a few images proving his point, a few below. 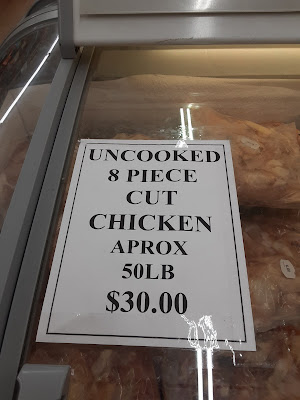 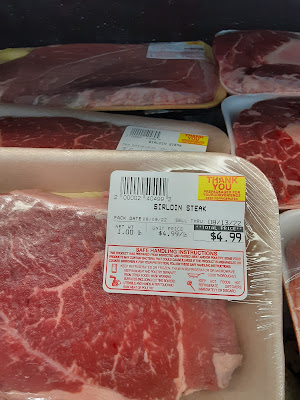 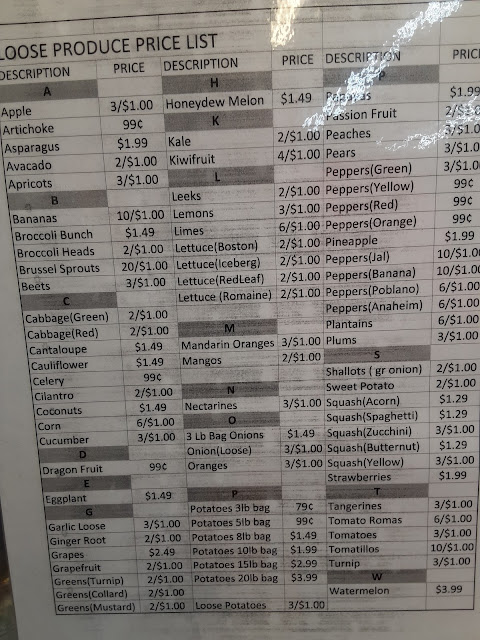 Our reader was correct, we have never mentioned the Salvage Store, because we had never heard of them, so I rushed to the search engines and found a list of locations with a description of how they are able to maintain those prices:

There are salvage grocery stores all over the United States! Shopping at these stores is a great way to save money because they sell products that have been rejected by traditional supermarkets. The food is perfectly good and safe to eat, and when you buy it from a salvage store you’ll save a lot of money.

For those that would like to see if there is a Salvage Store near you, here is a link to a list of more than 400 locations across the U.S.

We would like to thank our ANP reader for this vital information and the images.

THERE IS NO END IN SIGHT……

Despite the media’s gaslighting on behalf of the Biden regime, there is no end in sight to the rising costs of food, especially when the entire supply chain system is being  systematically destroyed, as described by Brandon Smith at Birch Gold Group, in a piece from August 3, 2022, titled “More Nightmare Shortages Are Coming Thanks To This Emerging Conspiracy.”

Stagflation and supply chain shortages are going to become the all-encompassing issues of our era.

They will be terms that are spoken about daily at every dinner table in America and probably through most of the world. These are dangers that were predicted extensively by the liberty media well ahead of time. They are NOT a surprise. And, there are plenty of institutions, corporate and government, that could have done something about them, but they chose not to.

It’s important for people to accept the fact that this is not a product of stupidity; it is a product of malicious motive. You have been warned – it’s not too late to prepare, but it’s later than you think.