(Natural News) As churches and pregnancy centers in California are on high alert, and a Christian pregnancy center in Colorado was vandalized and burned, with rioting in Arizona, among other acts of violent raging on the part of pro-abortion supporters after the Supreme Court overturned Roe v Wade and sent the issue of abortion back to the states, the MSM, democrat politicians, and liberals online and offline continue to screech about “reproductive health.”

Before getting to the points I want to make in this article, people need to see how crazed and unhinged people are getting because there is no longer “federal” permission to unlimited abortions across America. Now the states decide, and “we the people” in those states have the ultimate say-so by electing their officials.

That is just a small sample of the insanity being seen across the nation.

The people above and other abortion supporters are obsessed with using abortion as “birth control,” rather than taking responsibility for their own actions and sexual decisions.

ABORTION IS NOT ‘REPRODUCTIVE HEALTH’

Every adult knows what abortion is: The killing of an unborn child while still in the womb.

That is a fact and the terminology something that the MSM, democrats and liberal all across the nation absolutely refuse to accurately describe. Instead, they use the term “reproductive health,” or “reproductive rights.”

Sounds less offensive, which is why they do it, yet the neither term is accurate in any way, shape or form.

To reproduce is to create, not kill. Not one state that has what is called “trigger laws,” which makes abortion automatically illegal in that state, is taking away any “reproductive” rights.

The Guttmacher Institute, a research group, says that 13 states have “trigger laws” that bar most abortions that will take effect immediately after the ruling Friday. They are Arkansas, Idaho, Kentucky, Louisiana, Mississippi, Missouri, North Dakota, Oklahoma, South Dakota, Tennessee, Texas, Utah, and Wyoming.

Five more states had respective bans on abortion from the time before the Roe v. Wade ruling in 1973. They include Alabama, Arizona, Michigan, West Virginia, and Wisconsin.

Georgia, Iowa, Ohio, and South Carolina, according to the Institute, have laws that ban abortions after the 6-week mark. Those laws will be revisited after the overturning of Roe v. Wade.

Meanwhile, the legislatures of Florida, Indiana, Montana, and Nebraska appear likely to ban abortion based on previous and current efforts, the group says.

Women in each of those states have the “right” to produce children or to decide not to, by not getting pregnant in the first place. They still have the unhindered “right” to get pregnant and have children, with nothing “restricting” said right.

Make no mistake, when you see the media write about “reproductive” health or rights, what they mean is they want the “right” to kill an unborn baby. They won’t say that though because that terminology would make people think twice about supporting abortion.

The MSM by and large are performing abortion activism by inaccurately describing abortion as a “health” issue, or “reproductive rights” issue. They attempt to conflate miscarriage, which is not the deliberate killing of a baby, and is a health issue, with abortion.

That is as intellectually dishonest as it gets. 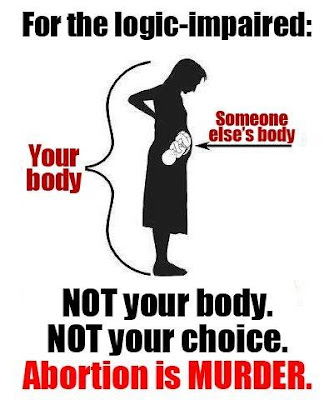