(Natural News) When a societal apocalypse hits a civilization, there are a number of signs that occur before the actual collapse of civilization and civilized behavior, many of which we are watching happen today to America.

Some of those signs include, but are not limited to: Wars, national and international debt, hyper-inflation, government corruption, currency and stock market manipulation, food shortages and civil unrest.

Any of that sounding familiar?

There are still those in America that claim societal collapse cannot happen in America, as if the United states is exempt from a collapse of civilization. Interestingly enough, those are usually the same people that show disdain of the very nation they are convinced cannot fail. 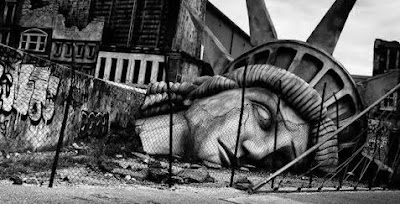 Half the nation may not think “it can happen here,” but the federal government knows it can, and has actively prepared for it and has been for decades, as we see in a report titled “Inside A Secret Government Warehouse Prepping For Societal Collapse.”

The particular Strategic National Stockpile in the report speaks to massive supplies of medications should they be needed, but we also know the government has seed vaults and DUMBs (Deep Underground Military Bases), all across the nation, stocked full to support the “elite,” government officials, and military leaders and their families, from nuclear war or societal collapse.

The rest of Americans are on their own, which is why Independent Media highly encourages prepping for any scenario, whether EMP, grid down, terrorist attacks, civil unrest, or even just a weather disaster which would leave victims without help from the outside, just to name a few possible scenarios.

The point here is they are, and have been preparing for the eventuality of a societal collapse.

It isn’t a matter of if, but rather when, it happens.

Here are some statements from someone that lived through a collapse and asserts America is already there, most just don’t see it or understand it yet.

• This is how it happens. Precisely what you’re feeling now. The numbing litany of bad news. The ever rising outrages. People suffering, dying, and protesting all around you, while you think about dinner. If you’re trying to carry on while people around you die, your society is not collapsing. It’s already fallen down.

• As someone who’s already experienced societal breakdown, here’s the truth: America has already collapsed. What you’re feeling is exactly how it feels. It’s Saturday and you’re thinking about food while the world is on fire. This is normal. This is life during collapse.

Anyone that does not remember the Antifa/BLM riots in 2020, where out-of-control protesters caused tens of millions of damages in a number of cities across America, must have been hiding under a rock because the news was reported both locally and nationally, albeit “sympathetic” to the riots by the majority of the liberal MSM.

The image above is just one of hundreds of similar ones that can be found documenting that period of civil unrest.

Now, after a leak from the Supreme Court of a draft opinion which would overturn the Roe Vs Wade, which gave federal permission to abortion, and would now hand those “rights” back to the states to decide, we have seen a number of events that are clear indicators of what is to come if the Justices do overturn Roe.

An attempted assassination attempt against one Justice, protests at the homes of most of the SC Justices, direct doxxing (sharing personal information online) in order to encourage harassment and put their entire families in danger. Protests across the country.

That and more, before the actual ruling has been released.

In perhaps one the most telling signs that law enforcement, local and federal, are expecting complete civil unrest after the opinion is officially published, Homeland Security has issued a  ‘heightened threat advisory’ because of fears of ‘mass casualty violence.’

The Devalle Institute describes what a “mass casualty” incident is: .. any number of casualties that exceed the resources normally available from local resources.”

A casualty is defined as:

a. One who is injured or killed in an accident

b. One who is injured, killed, captured, or missing in action through engagement with an enemy:

2. One that is harmed or eliminated as a result of an action or circumstance

3. An accident, especially one involving serious injury or loss of life.

So, to use the term, “mass casualty violence” in a Homeland Security alert, it means they are expecting an extremely high number of serious injuries and/or deaths, too many for local or federal resources to adequately respond to or handle.

While we have already seen civil unrest via protests turning into riots from coast to coast, what they are expecting over the course of the next few months, will make those events look like tea parties. 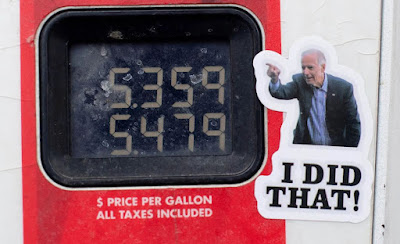 Between food and gas price hikes over the past two years, along with the cost of almost every other household, or commercial products, including electronics, homes, vehicles, etc…. there is no argument to be made that we aren’t in the midst of hyper-inflation.

We cannot ignore the continued “shrinkflation” either, where the prices stay high, yet the packages get smaller.

Dworsky began noticing smaller boxes in the cereal aisle last fall, and shrinkflation has ballooned from there. He can cite dozens of examples, from Cottonelle Ultra Clean Care toilet paper, which has shrunk from 340 sheets per roll to 312, to Folgers coffee, which downsized its 51-ounce container to 43.5 ounces but still says it will make up to 400 cups. (Folgers says it’s using a new technology that results in lighter-weight beans.)

Dworsky said shrinkflation appeals to manufacturers because they know customers will notice price increases but won’t keep track of net weights or small details, like the number of sheets on a roll of toilet paper. Companies can also employ tricks to draw attention away from downsizing, like marking smaller packages with bright new labels that draw shoppers’ eyes.

That’s what Fritos did. Bags of Fritos Scoops marked “Party Size” used to be 18 ounces; some are still on sale at a grocery chain in Texas. But almost every other big chain is now advertising “Party Size” Fritos Scoops that are 15.5 ounces — and more expensive.

PepsiCo didn’t respond when asked about Fritos. But it did acknowledge the shrinking of Gatorade bottles. The company recently began phasing out 32-ounce bottles in favor of 28-ounce ones, which are tapered in the middle to make it easier to hold them. The changeover has been in the works for years and isn’t related to the current economic climate, PepsiCo said. But it didn’t respond when asked why the 28-ounce version is more expensive.

Gas prices have skyrocketed, making it difficult for those that commute to continue to eat the way they are used to and buy fuel, leaving people with the question of “Can I live without it?”

75 percent of Republicans, 56 percent of Independents and even 41 percent of Democrats believe America is already in a recession again, via an Economist/YouGov taken June 4 through June 7.

The whole world is watching as the Biden regime escalates our own part in the war between Russia and Ukraine, and there is no dispute that the nation keeps printing out money to the point where it is nearly worthless, and one look at the ever-rising national debt clearly shows it is unsustainable, so we will move directly on to the ongoing, and worsening food shortages. 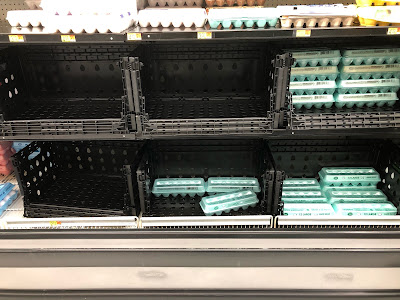 While inflation is pushing the nation to the edge, with tension and anger riding many Americans, worried about how to afford to keep feeding their families, the food shortages are also escalating those tensions.

Bad enough when you see prices skyrocketing right before your eyes, but then you see empty shelves when you can afford an item.

The latest reader images sent to ANP, show the problem is increasing in frequency, as the egg aisle in Anna, Illinois, shown above, clearly proves.

At the Meijer grocery store in Muncie Indiana, we see a massively depleted peanut butter section (image below): 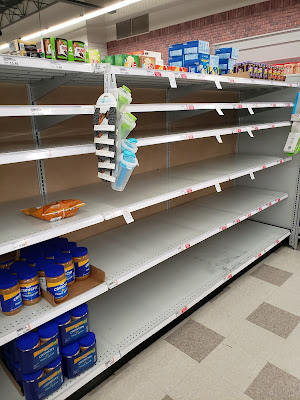 One of the most unusual images sent to ANP had the subject line: “Soylent Green, interesting.”

The note that came with it said “I was at Costco in Colorado and saw this for sale. This reminded me of the 1973 movie. Several of the staff commented the same thing.” And yes they sell a ‘Soylent Green’. 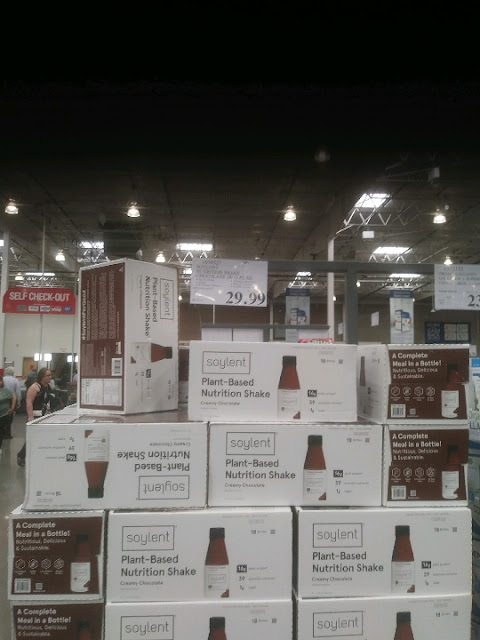 If the government is preparing for societal apocalypse, and “mass casualty violence,” so should we.

Previous :I want to tell everyone what they took from us, what irreversible really means, and what that reality looks like for us
Next : LGBT defilement of the rainbow heralds the Antichrist
Receive Our Free Email Newsletter

Rampant homosexuality and LGBT perversion are prophetic signs of end times
Swiss company unveils fortified luxury bunkers designed for the apocalypse
Tech billionaires are buying up large-scale bunkers and survival gear in preparation for what’s coming
IRS whistleblower says Inflation Reduction Act will target middle-income taxpayers
US FIRST: Most of the food “recalls” during the pandemic are actually foods being diverted to government storage bunkers for the rich and “elite”
“Inflation Reduction Act” completely absurd; if you were bleeding out from a wound, you wouldn’t want the doctor to tell you, “we’re slightly reducing the amount of blood you’re losing”
“Winter” is coming for the West, and it is going to be apocalyptic
They’re shoving it in our faces now as new reader pictures show Biden’s empty store shelves in America
George Bush-era documents reveal government plans for apocalyptic events that include a “kill switch and detentions”
FOOD APOCALYPSE: The world has just 10 weeks’ worth of wheat left