Prepper alert: ‘It’ is already hitting the fan, stock up and buy in bulk as experts warn of economic ‘cyclone’ permanently hobbling America’s economy

(Natural News) The media continues to speak of prepping and preppers with a smirk on their face and snark in their tones, yet it is those preppers that did not find themselves panic shopping back when the lockdowns began, and stripping shelves faster than store workers could restock them…no, those were the people that listened to the MSM telling them inflation was “transitory,’  and the empty store shelves, the missing products, the ever-increasing food prices were all either short-term, or my favorite, not really happening despite what your eyes were seeing.

Jump forward two years and we are still getting shocking images (at least shocking for those that are still unaware) of missing products on store shelves and sticker-shock-type prices on everything from bread to meat. 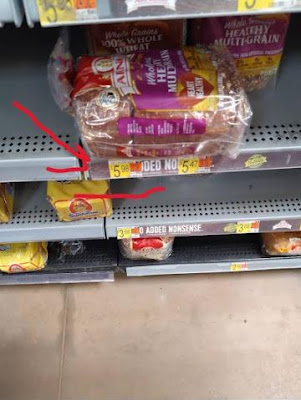 Even the white bread below the highlighted image is $3.00 a loaf, despite being told the average price for white bread should be $1.61 a lb, with the caveat that the price may vary from region to region.

Excuse my French, but when people hear the term “Shit hits the fan (SHTF),” an event such as an EMP, grid down, terrorist attack, etc… comes to mind, where everything unravels at once and those prepared start pulling out their survival supplies, while those unprepared die of either starvation, thirst or disease.

Newsflash for those that have not been paying attention over the last nearly two years – It is already hitting the fan, it has just been happening insidiously, while the media smiles for the cameras and mimics the White House official narrative by telling their viewers everything is just fine and dandy, and the “Biden economic plan is working!”

Doocy: “When are you guys going to admit you were wrong about inflation?”

Jean-Pierre: “The president’s economic plan, as we see it, is working.”

If, indeed, the Biden regime’s “economic plan” is “working,” then everything we are seeing from shortages to gas and food prices unaffordable for most Americans, is by design.

They want to bankrupt us, break us, starve us, so that “we the people” become completely dependent on the government, therefore they would have total control of everything people can do or even say, or they may just starve you.

Just imagine: “If you want your food ration this month, hand over your guns!”

We have already seen those types of offers for gas, as evidenced by Sacramento with a “gas for guns” program, so it is not such a stretch to imagine the government forcing dependence, just to use food to take your weapons. 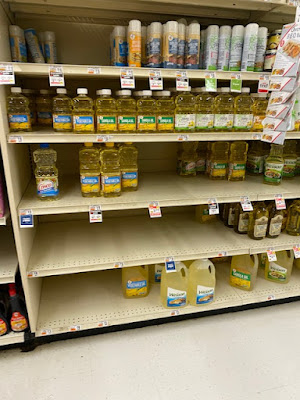 With the Congressional Budget Office (CBO) predicting high inflation until at least 2023 (that goal post will be moved again, and again), and 56% of Americans say their financial situation is getting worse, the sh*t is going to continue to hit the fan.

Biden himself has finally admitted there is nothing he can do, which of course is an outright lie, as there are a number of actions the White House can take to bring inflation down, and help the supply chain issues to limit the shortages, rather than limit the actual consumables available.

“There’s a lot going on right now, but the idea we’re gonna be able to, you know, click a switch, bring down the cost of gasoline is not likely in the near term, nor is it with regard to food,” Biden said.

The tens of Billions spent on Ukraine. The open borders where illegals are being fed food taken right out of Americans’ mouths, as Americans are having difficulties finding what they want or need, and if they can find it, they may not be able to afford it.

If the Biden regime would focus on helping Americans rather than focusing on gun control, abortions, climate change, and other liberal hot button issues, the pain for Americans would be lessened. If they opened up land for drilling instead of canceling leases, or killing the Keystone Pipeline, gas prices would not keep rising exponentially.

The Biden regime could “flip the switch” if they really wanted to….they don’t. 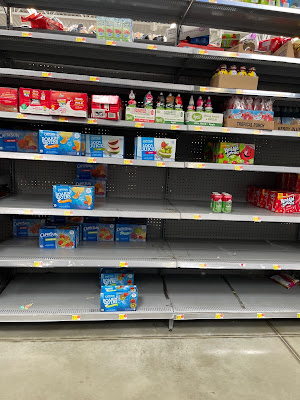 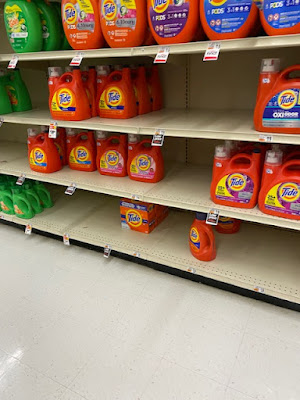 EXPERTS ARE WARNING US………

On June 1, 2022, even the New York Times, who often attempts to excuse the Biden “economic plan,” offered warnings from a number of bank chiefs of a continued “weakening” economy.”

Those experts include Jamie Dimon, the president of JPMorgan Chase, who called the weakening economy a “cyclone.”

Absolutely amazing what one regime can do to a nation while occupying the White House and controlling the House and Senate, in less than two years. BUY IN BULK IF POSSIBLE…

Buying in bulk has always made the per-item costs less than buying products individually, but at this point, without any end date in sight for shortages or inflation, buying in bulk isn’t only saving money, but guaranteeing that when others are hunting for certain items, you are not one of them.

Buying some products in bulk is a little harder for those with limited space to store foods and other items seeing shortages, such as those shown in the images above and below, but with the shortages becoming more pronounced, with more than half of Americans noticing shortages in their local stores, better to have enough to last, than find yourself unable to get what you want, and more importantly, need, later. 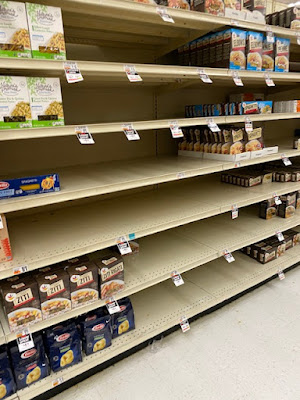 Those fully prepared can kick back and watch what is happening now and as the economy gets worse, inflation gets higher, and food becomes more scarce, without fear.

Those unprepared will go hungry.

By now almost all Americans have heard of the shortages, and have noticed the massive “Bidenflation.” and yet are so convinced that things will get back to “normal,” they haven’t changed their purchasing behaviors at all.

I am done feeling sorry for them…they have been warned.

Reminder: Most preppers already know this, but it is always worth a reminder, freeze dried foods are made with real meats, fruits and vegetables, so as the shortages worsen, the more likely that even the survival food companies will see shortages.