(Natural News) Interesting — and disturbing — information continues to trickle out following the horrific mass murder of students and faculty at an elementary school in Uvalde, Texas.

Last week, for instance, reports noted that Robb Elementary School, the scene of the tragedy, had in place several security measures including locked doors, school resource officers that rotated on the district’s various campuses, and video surveillance.

But now we have learned that in addition to those measures, the school also took part in utilizing artificial intelligence (AI) to monitor social media accounts as a means of identifying threats early so they can be eliminated.

Texas school officials had been monitoring students’ social media prior to the deadly shooting in Uvalde Tuesday, it has been revealed – but still failed to pick up on concerning posts from the teenage gunman in the days leading up to the tragedy.

As an 18th birthday present to himself earlier this month, now-deceased suspect Salvador Ramos bought two AR-style rifles and paraded them on social media – including in ominous messages sent hours before the killing started.

Ramos also reportedly shot and killed his grandmother, who was 66, before he drove to the school and began his deadly rampage.

Now, school officials in Uvalde noted that they have been monitoring the social media pages of students through the use of an advanced AI-powered service called Social Sentinel, which is designed to spot signs of potential harm contained in digital communications and posts online.

The local district announced on Monday that officials were using the platform “to monitor all social media with a connection to Uvalde as a measure to identify any possible threats that might be made against students and or staff within the school district.”

According to the creators of Social Sentinel, the service, which is powered using advanced linguistics technology, it is designed to analyze posted content and identify and flag potential threat materials, as well as gauge the mental health, social and emotional concerns of users.

The software scans selected social media accounts — in the case of Uvalde, thousands of them — to identify language and content that fit into the predetermined criteria.

That said, Ramos posted photos of the alleged rifles he used in his attack, along with a picture of a high-capacity magazine for those same rifles. 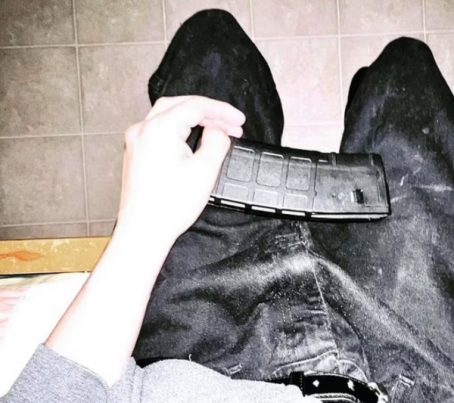 The designers went on to say that once threatening materials are identified, the system is supposed to alert community leaders so they can react and intervene before disaster strikes. 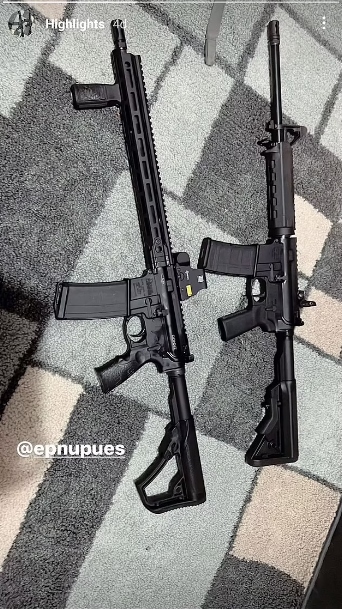 The service also scans what are found to be threatening images as well as their associated text before making a determination about whether it is something that ought to be investigated by community officials or school leaders.

But in Ramos’ case, something went wrong: The technology did not spot objectively concerning posts and notify school district officials.

The Daily Mail noted that it is not immediately clear as to why the technology failed to hone in on Ramos’ posts.

In addition, Ramos’ fellow students and their parents must not have seen the troubling post by the 18-year-old, who some said was a loner who got bullied and who eventually dropped out of school for being teased about a lisp, his choices of clothing, a habit of wearing eyeliner, and his family’s poverty.

Uvalde district policy says “[s]tudents, parents, staff, and community members are encouraged to share information that is deemed troubling” with the district using “a reporting system” so that it can “take appropriate action.”

The fact is, more gun control measures and gun bans, which is what Vice President Kamala Harris is recommending, aren’t going to stop these incidents from happening either. Sometimes bad things just happen to good people.