(Natural News) KAISERSLAUTERN, Germany —A U.S. Air Force base in Germany will not host a drag queen event originally advertised for June.

Ramstein Air Force Base’s library advertised a “Drag Queen Story Time” event on June 2. The U.S. Air Force base in Germany invited children to “wear your brightest and most colorful outfits” for the event with a drag queen named Stacey Teed.

The Air Force told the Post Millennial the event will not occur. 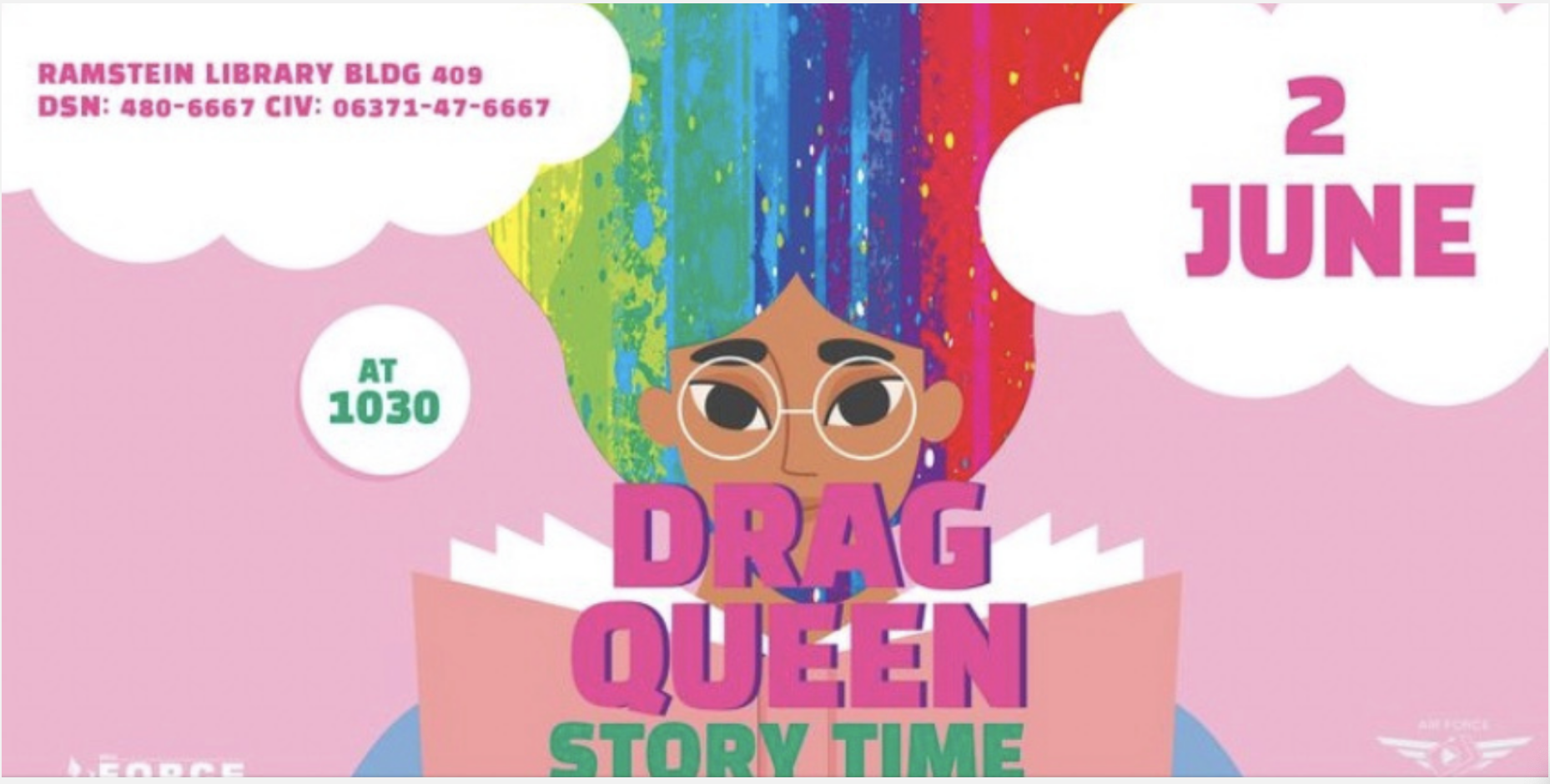 The conservative publication added a note from a spokesperson for the military to its original May 24 article which reads:

An advertisement was posted to the base library social media page before the event had completed Ramstein’s established processes for special observance coordination and approval.  The advertisement has been removed and the event will not take place. Ramstein leaders strive to foster a culture based on inclusion where all people are treated with dignity and respect, regardless of their political views, color of their skin, or sexual orientation.  The base’s established processes will ensure all future special observance events are properly reviewed and approved prior to advertisement.

A librarian that works at Ramstein tweeted that the base reportedly canceled all drag events.

“We’re being forced to cancel all drag events on Ramstein due to a minority of people that have nothing to do with our base community,” a librarian wrote on Twitter. Melissa Kay’s account is locked, but the Post Millennial included a screenshot of her tweet.

The potential drag event is nothing new for the U.S. military under President Joe Biden, which has frequently pursued liberal sexual and social politics. Nellis Air Force Base in Nevada hosted a drag queen show in 2021.

Meanwhile, the Department of Defense (DOD) has created training documents that identify opposition to abortion and the LGBTQ agenda as a characteristic of a possible extremist. It also labeled traditionally Catholic views on gender and feminism as signs of extremism.

President Biden also reversed the prohibition on gender-confused individuals serving in the military.

His top defense officials have also embraced liberal racial politics, including the promotion of Critical Race Theory and “anti-racism.” Both related ideas hold that America is fundamentally racist and the structures and institutions of the country are stacked against racial minorities.

Previous :What it means that Hillary Clinton did it
Next : Leaked emails reveal former slate journalist Franklin Foer sent article to Fusion GPS for editing
Receive Our Free Email Newsletter