(Natural News) (Headline USA) In a trope familiar to many following the shameful attempt by Washington Post reporter Taylor Lorenz to dox the creator of a popular conservative Twitter account, the corrupt, propagandist news media is now attempting to rehab clownish Disinformation Board minister Nina Jankowicz, who was forced to resign this week amid widespread backlash.

Much of the objection stemmed from the very notion that a deeply partisan Biden administration would attempt in any way, shape or form to become the arbiters of truth and police public speech—in blatant violation of the First Amendment—for its own political ends.

Already, concerns have arisen over the floating of a Jankowicz replacement, deep-state Bush administration Homeland Security secretary Michael Chertoff, who was one of the architects of the controversial Patriot Act, now a tool for illegal surveillance of domestic US citizens.

The bait-and-switch to replace the unserious Jankowicz with the far more nefarious Chertoff may have been part of the plan all along. Nonetheless, the propagandist Associated Press pounced on the opportunity to cast the George Soros-linked Jankowicz as a victim—despite clear evidence that she, herself, supported cyberbullying and political persecution of those she disagreed with.

As part of our periodic series to expose the egregious bias in America’s leading syndicated wire service—one of the most influential media institutions in the country—we are running the unedited story in its entirety below. 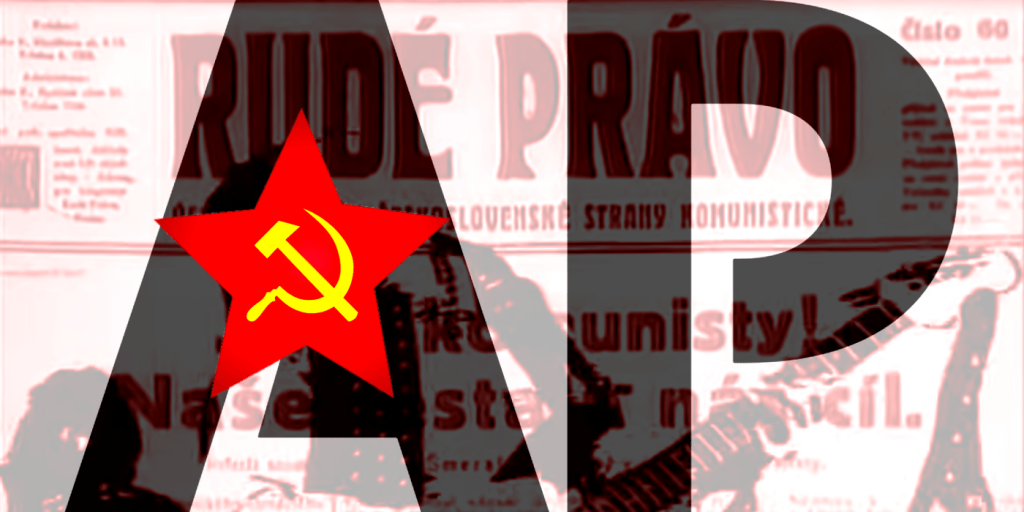 (Associated Press) Nina Jankowicz, like so many millennials, was excited to share a social media post announcing her new job on Twitter late last month when she was named executive director for a new disinformation board established by the Department of Homeland Security.

But instead of well-wishes, Jankowicz’s tweet set off a torrent of sexist profanities across social media and menacing emails filled with rape or death threats that continue to follow her even after she resigned from that new job on Wednesday morning following the disastrous rollout of the program.

A crush of online harassment, stalking and abuse has driven dozens of women around the globe from powerful positions. The speed and unchecked virulence of the attacks show another way that social media can serve as an accelerant to sowing discord.

“This type of silencing and terrorizing are global, sadly, and unsurprising,” said Danielle Citron, a law professor at the University of Virginia who studies online privacy and hate crimes. “It is a playbook. And it’s downright scary.”

In 2018, after winning an election that made her the first female, Black legislator in Vermont, Kiah Morris said she was quitting the job because of racist threats, including from one Twitter user who threatened to stalk her at rallies.

Former Ohio health director Amy Acton, one of several female health officials across the U.S. who was subjected to threats online after recommending COVID-19 masking and stay-at-home orders, resigned weeks after protesters showed up at her house armed with sexist, antisemitic signs.

Heidi Allen, a member of British Parliament, stepped down in 2019, saying she was “exhausted” by “vile” online hatred she received, which included one man who posted aerial images of her home with specific threats. He was eventually jailed for his posts.

A United Nations report released earlier this year that looked at Finland confirmed what many of those women already suspected: Female politicians, regardless of political affiliation, are subjected to 10 times more abusive messages on Twitter, including hate speech that sometimes suggested the women kill themselves. The online abuse, the U.N. concluded in its report, prevents democracies from being equally representative.

For her part, Jankowicz said Wednesday she won’t be “silenced” by the online harassment and it was not the final provocation that led to her resignation.

But it had a similar effect.

Homeland Security Secretary Alejandro Mayorkas decided Tuesday to pause the work of the Disinformation Governance Board after such a negative reception and growing concerns that it was becoming a distraction for the department’s other work on disinformation, according to two department officials who spoke on condition of anonymity to discuss internal deliberations. The board’s pause led Jankowicz to quit Wednesday morning.

To be sure, the board’s bungled launch and the agency’s ensuing struggle to directly answer questions about its purpose, funding or work made the new initiative contentious from the start. Critics and Republican lawmakers raised questions about how the board might infringe on Americans’ free speech and privacy rights.

Others expressed concerns around Jankowicz’s statements during the 2020 election warning of possible Russian involvement around the provenance of a laptop said to belong to Hunter Biden, the president’s eldest son. A TikTok video she posted to the tune of a song from “Mary Poppins” calling the story disinformation was widely criticized by conservative media, Republicans and others.

Conservative pundits, Twitter users and TV show hosts delivered a relentless campaign full of sexist attacks and misleading statements against Jankowicz. A Fox News personality questioned whether Jankowicz should have agreed to lead the board while pregnant. One far-right extremist called her “mentally ill” and a “nasty … Jew,” on his podcast; Jankowicz is not Jewish. Last week several conservative news sites circulated a misleading claim that Jankowicz was seeking powers to edit Twitter users’ posts directly.

“I was trying to do important work to protect Americans from a real threat,” Jankowicz said. But, instead, she was spending time reporting a steady wave of threats about herself.

“It was horrible. It was constant (direct messages), emails, threats on Twitter, threats on other places that I wasn’t looking at. That’s obviously really scary and really unpleasant.”