(Natural News) Apple CEO Tim Cook and other corporate leaders should be required to register as foreign agents because of their ties with the Chinese Communist Party (CCP), according to expert testimony received by an influential congressional advisory body.

“When Tim Cook comes to testify before Congress, he testifies as the head of an American multinational,” said Clyde Prestowitz, president of the Washington-based Economic Strategy Institute. “No. He should be compelled to testify as a foreign agent. He is much more an agent of Beijing than he is of Washington.

American CEOs ‘On Their Knees’ in China

Prestowitz delivered the testimony during a seven-hour hearing of the U.S.–China Economic and Security Commission on April 14, which sought to understand threats posed by China’s anti-competitive and coercive trade practices.

He said key leaders across major U.S. corporations and the finance sector are increasingly beholden to the CCP and that their capture presented an immense threat to national stability that needed to be responded to by the whole of society. 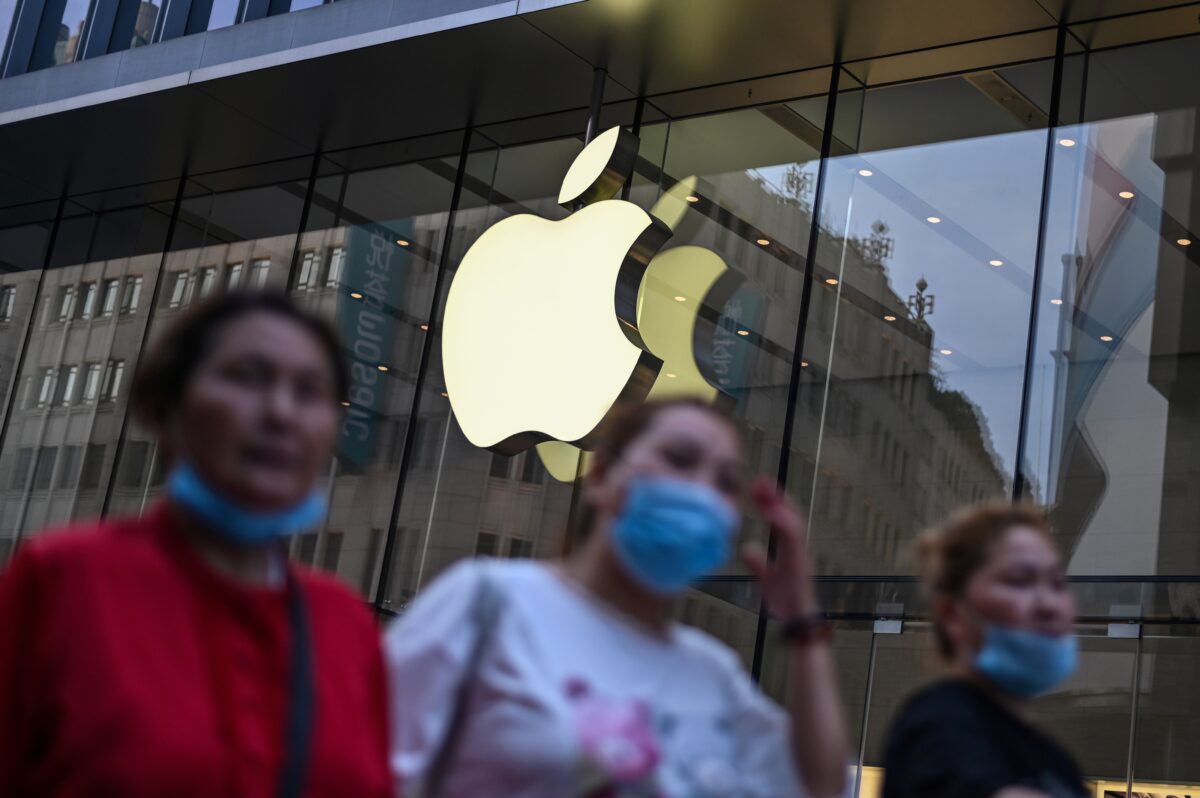 Prestowitz particularly singled out Cook for his personal efforts to ingratiate himself with Chinese communist leaders in order to secure better business deals in China.

Cook toured China in 2016 and personally lobbied CCP officials in order to secure a secretive $275 billion deal with the regime that involved greater investment in China from Apple, in exchange for less regulatory oversight.

The deal also allegedly included promises from Cook to source more of Apple’s supplies from Chinese suppliers, to expand collaboration with Chinese universities for research and development, and to increase direct investments in Chinese tech companies.

Prestowitz highlighted the discrepancy in Apple’s behavior in the United States versus in China.

He noted that in 2015, Apple refused FBI requests to unlock the phone of a terrorist who carried out a deadly mass shooting and an attempted bombing in California, eventually leaving the government no other option but to hire hackers to try and crack the phone.

In 2019, however, Apple rushed to remove a real-time mapping app from its store after attracting the ire of the CCP over its use by pro-democracy protesters in Hong Kong.

“Within two days, the app was out of the app store,” Prestowitz said.

Apple, at the time, said it removed the app because it caused “serious harm” to law enforcement and local residents.

When CEOs and investors act for the benefit of the communist regime, it isn’t usually done out of malicious intent, but fear, according to Prestowitz.

“Tim Cook knows, Ray Dalio knows, that if they get a little bit out of line with what Beijing wants, the electricity could go off or the water could turn off,” he said.

Prestowitz also noted that Chinese laws require foreign companies operating in China to maintain CCP organizations within their companies to ensure that they operate within the confines of communist dictates and that these party cells actively work to stop companies from acting against the wishes of the CCP.

To that end, Prestowitz described U.S. corporate leaders as “hostages of Beijing” and said the situation wouldn’t change until the U.S. government took firm action against the CCP to curb its coercive practices and set clear consequences for those corporate leaders who represented CCP interests over those of the United States.

“One of the things that I think is very important is for the U.S. government to put the CEOs of global corporations on notice that they’re not going to be able to operate in this sort of two-sided, unbalanced world,” Prestowitz said.

The Epoch Times has reached out to Apple for comment. 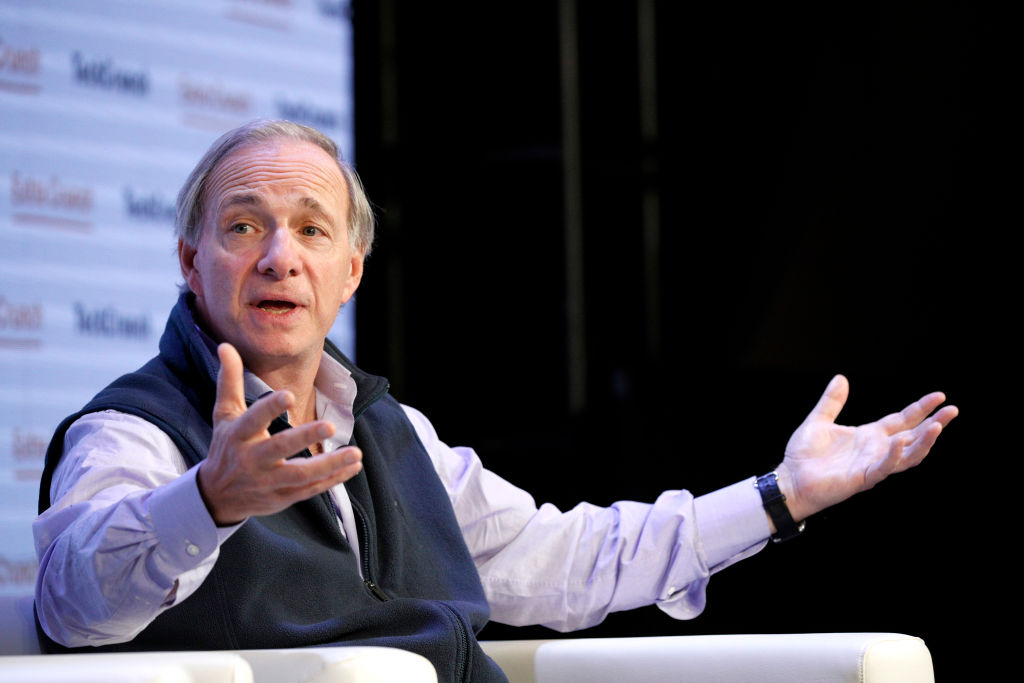 Prestowitz said democratic nations with market economies throughout the world are facing a similar threat from the CCP and that a unified response among like-minded nations that can agree on adhering to a rules-based order is necessary to eradicate the creeping dependency of the United States on China.

To that end, he called for a new “E-NATO” of democratic countries with market economies to craft an alliance that would increase trade between nations that played by the rules and respond against efforts by regimes such as the CCP to undermine or exploit their markets.

Prestowitz said such an alliance is necessary because the CCP doesn’t accept the separation of markets, trade, and defense into separate spheres, but seals them together as a unified weapon for national benefit, which he described as a “complete strategy.” Thus, the CCP doesn’t represent a mere threat to trade, but also to research, development, technology, and security.

“The Chinese Communist Party is aiming to requite what it calls ‘150 years of humiliation’,” he said. “It’s aiming to displace the United States as the world’s leading power, and to do so not only in terms of political or military power, but particularly in terms of economic and technological power.”

But that effort still requires U.S. business leaders such as Tim Cook to toe the Party line in a way that disproportionately harms U.S. taxpayers, and it’s that relationship that needs to be severed, according to Prestowitz.

“[Yet] Everything that Apple makes is made in China.”

Nazak Nikakhtar, a former assistant secretary of commerce for industry and analysis, agreed with Prestowitz that multinational corporate leaders who act in tandem with the CCP should be registered as foreign agents because of their involvement with Chinese government companies.

Their actions are harming U.S. interests with impunity and expanding the CCP’s malign efforts to “exploit” the “open borders” of the U.S. economy, according to Nikakhtar.

Nikakhtar said that since 1992, the United States has pumped more than $2.3 trillion in direct investments into China. The trade deficit with China in 2020 was $366 billion. The CCP has used that money to create international dependencies so that nations such as the United States won’t break away for fear of economic fallout.

“The Chinese government’s endgame is to render the rest of the world dependent on it, and today, this plan is succeeding,” she said. “The greater our dependence grows, the more vulnerable and fragile we become. This is not a sound strategy.”

The CCP’s strategy is to essentially vassalize other nations through economic coercion by creating supply chain weaknesses and economic dependencies, she said. To this end, she considers China under the yoke of the CCP to be a “foreign adversary” and introduced what she believes could be the answer to effectively leveraging the U.S. market against it: “China Inc.”

China Inc. is a concept in trade jurisprudence with decades of precedent and one that has been recognized by the Supreme Court, according to Nikakhtar.

It recognizes, in essence, that “every entity in China is affiliated with the central government unless you prove otherwise,” she said.

Thus, if the concept of China Inc. was expanded from trade law to other realms of law and policy across the government, the United States would be able to effectively combat creeping CCP control.

This is because it would allow the government to effectively cut off any company leader deemed to have lost autonomy over their business due to social or economic debts incurred with the CCP.

“The rest of the government doesn’t have this legal framework,” Nikakhtar said. “So you have a whole bunch of federal agencies who have really exquisite legal authority to do things, but they just can’t act on it because they’re missing this link.”

As such, she urged the commission to recommend that the government expand the China Inc. policy to all government agencies in a final bid to slay the dragon.

“Let’s just do things right for a change,” Nikakhtar said. “We may not get a redo.”