(Natural News) A number of popular stories chronicling Ukraine’s resistance against Russia’s ongoing invasion – including those promoted by U.S. Congressmen, media outlets, and even conservatives online – have turned out to be false, despite garnering millions of shares and likes.

The viral, fake stories come amidst social media platforms rolling out robust “fact-checking” operations, often used to swiftly censor stories counter to establishment narratives or critical of the Democratic Party. These programs, however, have routinely failed to flag the following stories as false with the same tenacity.

Thirteen Ukrainian border guards stationed on the country’s Snake Island, located in the Black Sea, were quickly alleged to have been killed by Russian forces, at the onset of Russia’s invasion. Audio recordings of what was allegedly their final moment went viral on social media, with a Russian warship demanding: “I ask you to lay down your arms and surrender to avoid bloodshed and unnecessary deaths. Otherwise, you will be bombed.”

The 13 Ukrainians, the country’s president Volodymyr Zelenskyy said, died “heroically.” He later promised to recognize each solder with the title of Hero of Ukraine. Days later, however, the Ukraine Navy revealed that the guards had actually been “taken captive by Russian occupiers” and were all still alive.

A video of a Ukrainian fighter pilot dubbed the “Ghost of Kiev/Kyiv” showed a jet supposedly shooting down multiple Russian fighter jets, causing several casualties. Social media users were quick to champion the pilot as a “hero” despite the video actually tracing its origins to a video game. The video was created with the 2008 game “Digital Combat Simulator” and was first shared via YouTube, where the original poster acknowledged the footage was from a simulator.

Representative Dan Crenshaw also hyped the debunked “Ghost of Kiev” tale in a Tweet along with promoting the “Snake Island” myth.

Ghost of Kyiv kills 5 Russian jets by himself.

Woman passes out sunflower seeds to Russians so they’ll “grow flowers when they die.”

Ukrainians are fighters. Putin can go to hell.

A photo of two Ukrainian children sending off soldiers to fight Russians quickly went viral on social media, with posts on Twitter containing the image amassing tens of thousands of likes. Pro-war Representative Adam Kinzinger even shared the picture. In reality, the dramatic image actually traces its roots over half of a decade back to Ukraine in 2016 and has appeared in several news stories since then.

The story of former Miss Grand Ukraine Anastasiia Lenna joining Ukraine’s military to fight against Russia also turned out to be false despite amassing thousands of likes and shares across social media platforms. While the photo of Lenna is from one of her recent Instagram posts, where she expressed support for Ukraine against Russian forces, the gun in the popular picture is actually an airsoft rifle.

Even “conservative” outlets like Breitbart News peddled the propaganda, which in turn led to Lenna clarifying the lack of her military status, writing “I AM NOT A MILITARY, JUST A HUMAN” in a post five days later. 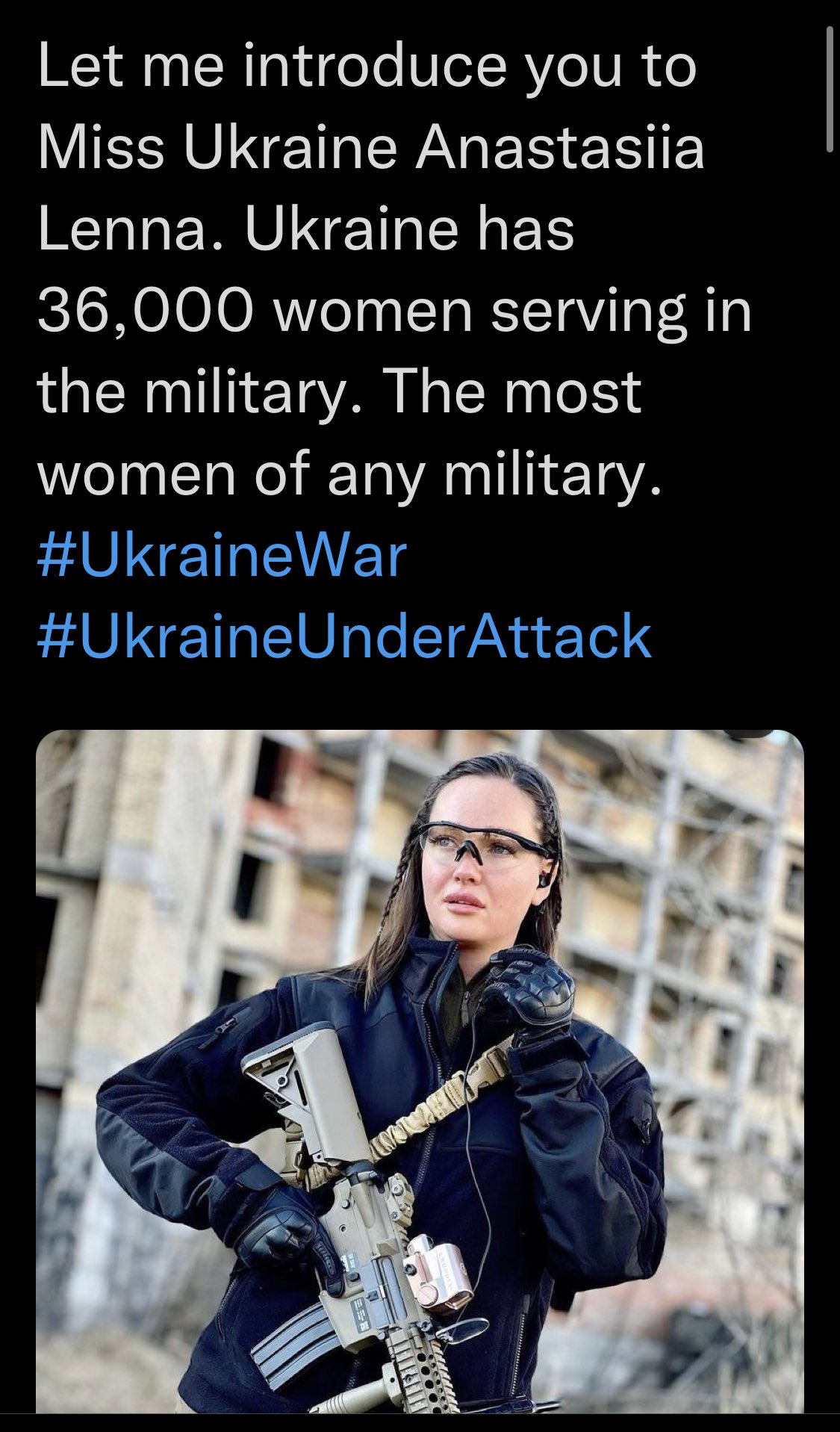 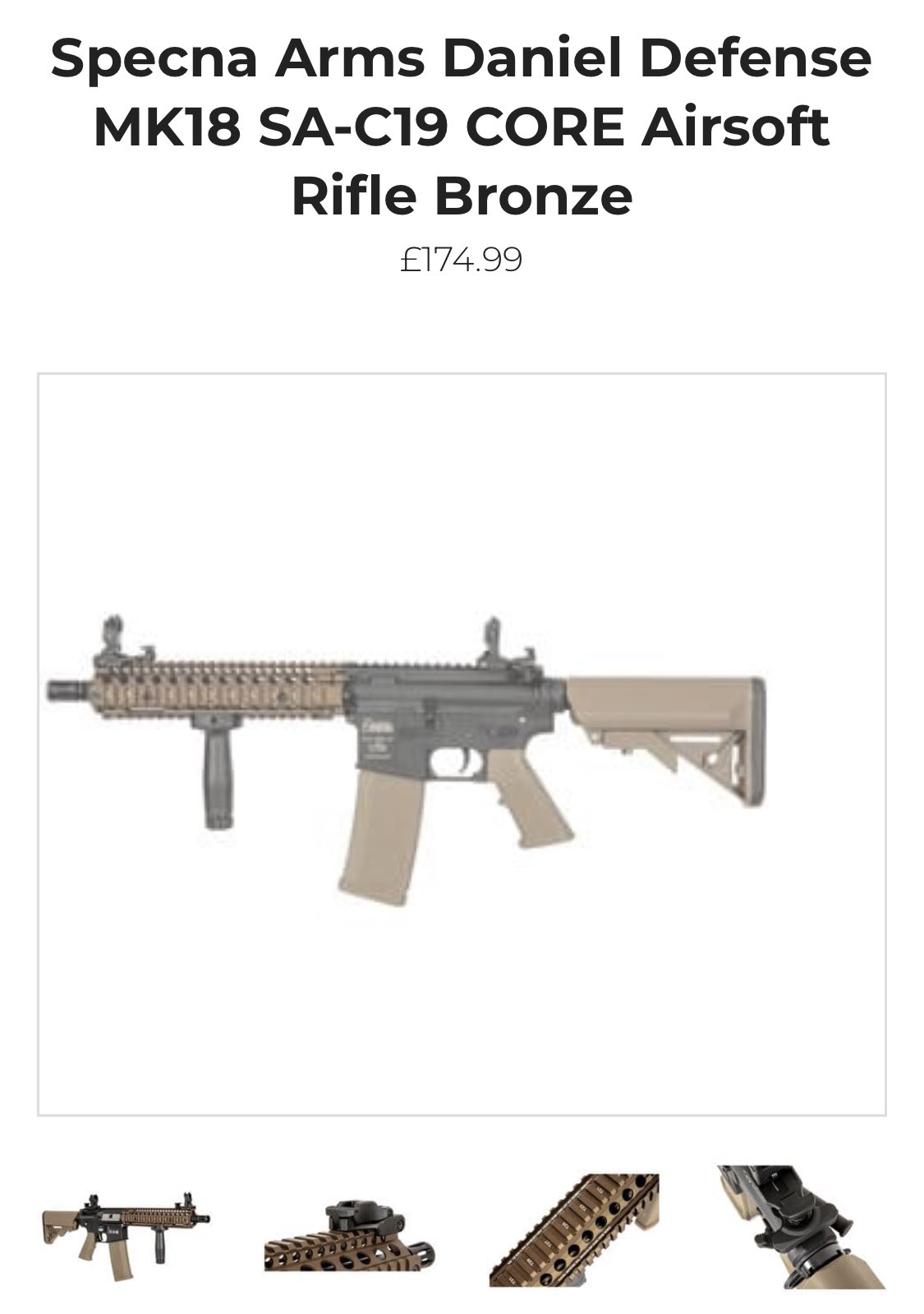 5. Straight From The Big Screen… Literally.

Clips of Ukrainian soldiers kissing their loved ones goodbye as they supposedly left to fight Russia also quickly went viral, except the footage, which has already garnered thousands of likes, comes from a 2017 film “The War of Chimeras.”

“The story of war, love and death that was documented by the immediate participants of events. Off screen and later on it are the two – a boy and a girl. He volunteered for the front; she went to the place just after the battle,” explains its plot summary.

Here is the capital of Ukraine: scenes of anxiety, farewell, love … pic.twitter.com/rjB2RWkFS9

A video supposedly created by the notorious hacker group “Anonymous” threatened to launch massive cyberattacks and empty the bank accounts of Russian citizens who refused to protest Putin in a minute-long video circulating across social media platforms.

“On March 3rd, 2022, all money will be debited from your bank accounts and transferred in favor of the Armed Forces of Ukraine,” claimed a video voiceover, appearing to attempt to try to get Russian citizens to withdraw funds from their bank accounts.

Ukraine’s Ministry of Digital Transformation, however, admitted that the video wasn’t actually created by Anonymous.

CORRECTION: Ukraine’s Ministry of Digital Transformation said the video address by the Anonymous hacker group that threatened to withdraw money from Russians’ bank accounts if they don’t protest Putin turned out to be fake.

The plethora of false stories in such a short period of time serves as a reminder about vigilance in reporting and fact-checking. The National Pulse is committed to reporting the truth, 100 percent of the time. Not just when it suits a political, or geopolitical narrative. Support our work, here.

Previous :As Ukraine hands out guns to citizens, the Left finally realizes 2nd Amendment is NOT for hunting
Next : Another article too hot to handle; even vaccine critics won’t run with it
Receive Our Free Email Newsletter

Russia has “super weapons” that it can use against America
China suspends dialogue with US following House Speaker Nancy Pelosi’s Taiwan visit
Americans divvying up the United States as the mass exodus from liberal states continues – time to stop trying to ‘unite’ with baby-killing, soft on crime liberals
Top 8 things MOST WANTED by the demon-infested humanoids that walk among us
China now making retaliatory moves against Taiwan, fears grow that communists could “invade” soon
States, counties and big cities declare monkeypox a public health emergency, even though primary spreaders are homosexual males
Thousands of illegal immigrants apprehended at Austrian borders
China is now threatening JAPAN with missiles, which could mean blowback from the U.S.
Insurance giant GEICO closes down all 38 of its offices in California
Cost of living reaches epic highs in UK, “widespread civil unrest” looming