(Natural News) Tursunay Ziawudun, a survivor of China’s brutal concentration camp system for Uyghur people and other Muslim ethnic groups, accused NBC and Comcast of supporting genocide by airing the 2022 Beijing Olympics in an interview with Breitbart News on Saturday.

Ziawudun joined a large group of mostly Uyghur protesters in front of the White House on Saturday to observe the anniversary of the 1997 Ghulja massacre – which resulted in thousands of arrests and an estimated hundred dead after Uyghurs organized peaceful protests against the communist regime in Beijing in the northwestern city that year – and to protest the Beijing Olympics. Opponents of the Games argue that a country openly engaging in genocide should not receive the honor of hosting such a prestigious event and that focusing on sports competition in China distracts from the long list of atrocities that government is committing.

The government of the United States, under both Presidents Donald Trump and Joe Biden, has officially declared the extermination of Uyghurs and other ethnic minority people in East Turkistan a genocide – along with multiple other nations and human rights investigators.

NBC has exclusive broadcasting rights for the Olympics in the United States and began airing Olympics coverage Friday. The Beijing 2022 Opening Ceremonies attracted fewer viewers than any other such ceremony in history – a 55-percent drop from viewers of the Opening Ceremonies for the 2018 Pyeongchang, South Korea, Winter Olympics. A Morning Consult poll published last week found about 40 percent of respondents not watching the Beijing Olympics are not doing so specifically because they are uncomfortable with the host country’s human rights crimes. 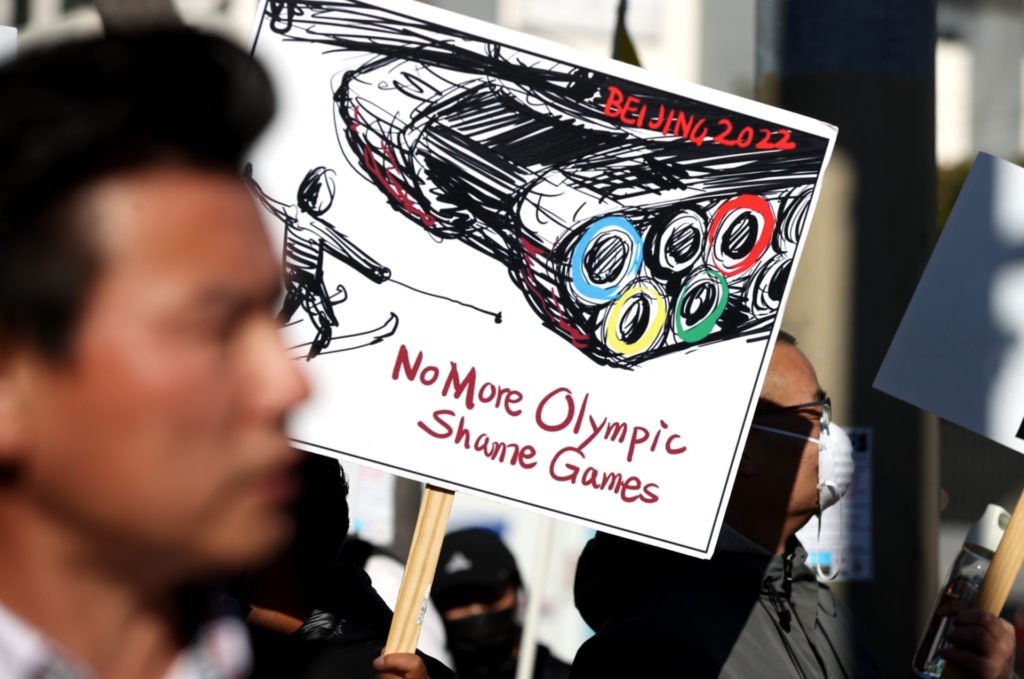 “The U.S. government declared genocide clearly – yet, knowing that, NBC and Comcast and others are broadcasting these Genocide Games,” Ziawudun told Breitbart News. “I am very hurt, I am very sad, very upset about this truth.” 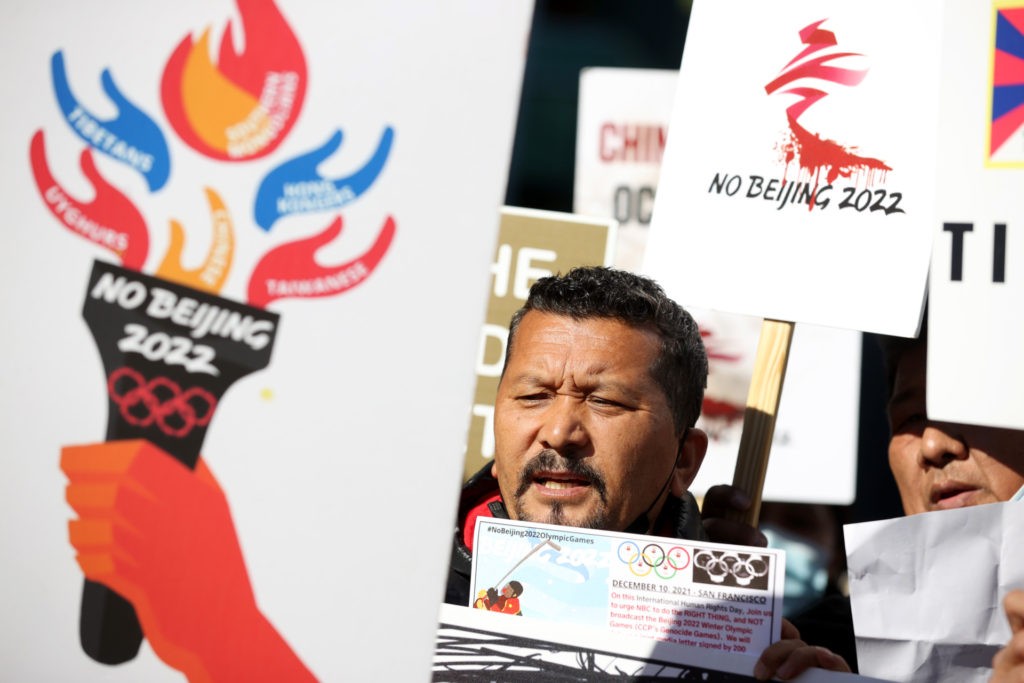 Ziawudun noted that, in addition to Saturday’s protest in Washington, she joined Tibetans and others in New York to protest the Olympics outside of NBC Studios last week.

“I believe they can. They could do something, but they didn’t. They prefer to probably get money or there is something going on. What I think is that the Chinese government is committing genocide and crimes against humanity,” she explained. “And broadcasting these Olympics is supporting the Chinese government. Broadcasting these Olympics is supporting that genocide, being complicit in that genocide.”

Ziawudun told Breitbart News that she is among the 3 million people who have been imprisoned in a Chinese concentration camp since 2017. Survivors of the camps have testified to extreme torture including electroshock, sleep deprivation, beatings, slavery, and gang rape. Chinese officials also force prisoners to learn Mandarin, which is not a native language in East Turkistan, and worship dictator Xi Jinping.

“I am a camp survivor, I have witnessed the genocide itself, how the Chinese government oppresses our people,” Ziawudun said. “For the country that commits genocide and crimes against humanity to still be able to hold the Olympics – I’m against that and I am here to tell the world to boycott.”

Ziawudun also had a message for Olympians born in America who have chosen to represent the Chinese Communist Party at the Beijing Games, including skater Zhu Yi, freeskier Eileen Gu, and hockey players Jake Chelios and Jeremy Smith.

The International Olympic Committee (IOC) has completely ignored people such as Ziawudun and organizations calling for the organization to relocate the Games to a free country. Prior to the Opening Ceremonies last week, IOC President Thomas Bach celebrated the defeat of “boycott ghosts,” explicitly denigrating those expressing human rights concerns.

“You may remember that at our IOC Sessions in January and July 2020, we could already see the dark clouds of the growing politicization of sport on the horizon,” Bach told the IOC session held last week. “We also saw that, in some people’s heads, the boycott ghosts of the past were rearing their ugly heads again.”

Bach chided anyone expressing opposition to China’s genocide as unfairly “politicizing” the Olympics.