Just like the final days of their predecessors, the Nazis, the last days of the ‘COVIDIAN vax cult aren’t going to be pretty: Breaking down ‘the big blunder’ of the tyrannical left

“A majority of Democrat voters are proponents of allowing the United States government to institute more sweeping coronavirus mandates….According to a survey conducted by Rasmussen Reports and the Heartland Institute…nearly half of Democrats, 45 percent, would like the government to involuntarily detain unvaccinated Americans and have ‘federal or state government require that citizens temporarily live in designated facilities or locations if they refuse to get a COVID-19 vaccine.’ In contrast, 78 percent of Republicans and 64 percent of unaffiliated voters strongly oppose putting the unvaccinated in ‘designated facilities.'”

The Democrats, Liberals, and Progressives are the “New-Normal” new Nazis. How did they get so brainwashed with their asbestos-lined ignorance and self-righteous superior attitude? They’re dumb as a doorknob. They live in paranoid fear of a humdrum respiratory virus that’s less dangerous than the seasonal flu, according to the governments’ own estimates and dozens of independent analysts. They tell everyone to Follow The Science, but their Voice Of Science is the completely corrupt mass-murderer Dr. Anthony Fauci, our modern-day version of Doctor Josef Mengele who carried out evil experiments at Auschwitz.

They mask up, line up for jabs and boosters, and proudly show their vaccine “passports” like the good obedient covidiots they are.

(ANP FUNDRAISER: Due to renewed censorship by ‘big tech’ upon ANP articles, we’re now running a fundraising drive. We also want to thank everybody who has donated to ANP over the years. With donations and ad revenue all that keep ANP online, if you’re able, please consider donating to ANP to help keep us in this fight for America‘s future at this absolutely critical time in US history. During a time of systematic, ‘big tech’ censorship and widespread institutional corruption, truth-seeking media and alternative views are crucial, and EVERY little bit helps more than you could know!) 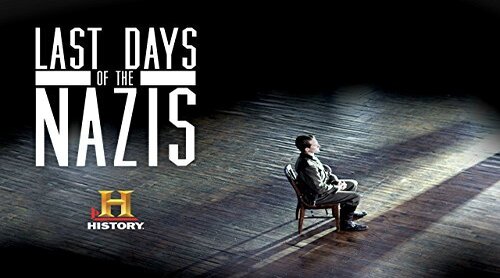 One day the Democrats, Liberals, and Progressives (who are not really democratic, liberal, or progressive at all–quite the opposite! they are undemocratic, illiberal, and regressive) one day they will wake up and realize that those who willingly got the covid jab have been tricked / conned / duped / hoodwinked / deceived / suckered into taking a harmful, totally unnecessary genetic cocktail which is NOT a vaccine by any definition. Except for the CDC’s revised definition that was created to protect the vaccine manufacturers from liability from people injured by these unauthorized, highly experimental products which failed all previous clinical trials.

One day the gullible, badly informed Democrats, Liberals, and Progressives will have to admit that turning themselves into Walking Spike-Protein Factories really wasn’t such a good idea—their bodies programmed by the “vaccines” to manufacture hundreds of millions or even billions of synthetic spike proteins that cause blood clots, micro-clots, damage to hemoglobin, inflammation of heart, lung, brain and other organs, vascular damage, and immune system impairment. There is no known “off-switch”, their bodies may go on producing this garbage forever. The spike proteins as well as the nanoparticles in the Pfizer and Moderna shots can cross the blood-brain barrier, causing brain injury and inflammation, neurodegenerative diseases, paralysis, spinal damage, permanent vision loss, and more.

Previous :A geology insider explains why the global energy crisis is going to get much, much worse
Next : Video: Johns Hopkins prof. slams media, own institution for hiding bombshell study that found lockdowns are INEFFECTIVE
Receive Our Free Email Newsletter