AP photojournalist found to have history of anti-Semitism

(Natural News) A reporter for the Associated Press, stationed in Morocco, has a history of posting anti-Semitic tweets, reporting from Breitbart reveals. While photojournalist Mosa’ab Elshamy has since deleted the tweets, they contained language that plays on old insults against the Jewish people.

While these revealed tweets are from a decade ago, a perusal of his current tweets exhibits a similar sentiment.

German media outlet @dwnews, led by @dw_Limbourg and @ManuelaKC, instructs reporters never to use the word "apartheid" to refer to Israel, despite both @hrw and @btselem deeming it so. https://t.co/DrOfI4g3CE

Under the handle @mosaaberizing, he wrote in November 2010, in reply to a since deleted account, that “The filthy pigs theory was, surprise surprise, a joke as well 🙂 I think it should only be applied to Zionists (and their women).” 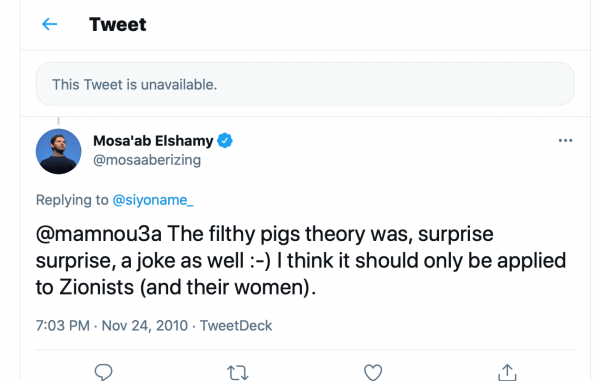 Additional, now deleted, tweets from 2011, take aim at Jewish children and families playing what he calls “the holocaust card,” used as a means to “distract you from the slaughter I commit daily” 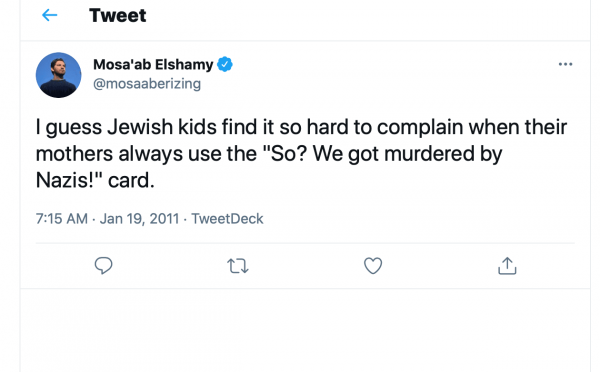 Elshamy seemed to think this sentiment about Jews being killed in a 20th century European genocide was amusing enough to post it twice. 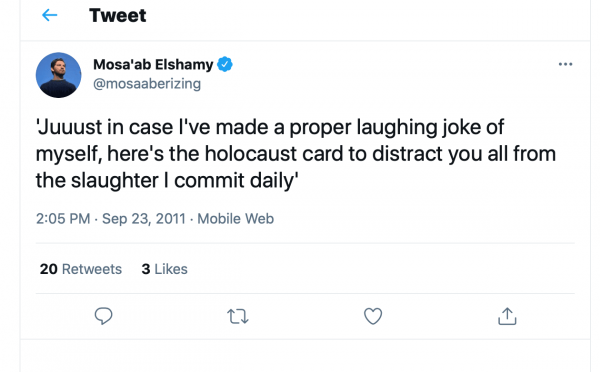 Another posted in June 2011 shows Elshamy replying to an “open thread from Al Jazeera, asking their audience what they would ask an Israeli soldier.” Elshamy replied that ht would ask “How many babies do you eat for breakfast?” 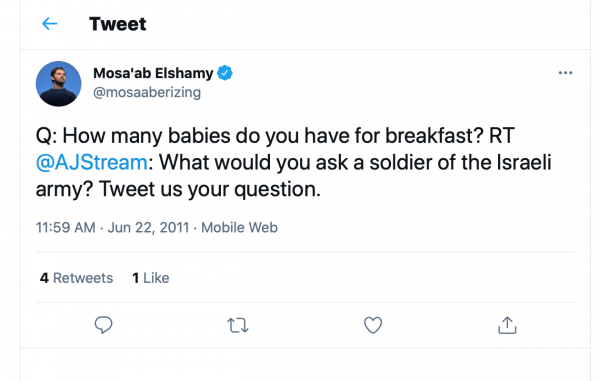 Elshamy wrote that Israel has enacted apartheid on Palestinians, which is a sentiment repeated by far-leftist American lawmakers like Reps. Alexandria Ocasio-Cortez, Rashisa Tlaib, Ayanna Pressley, and Ilhan Omar. This is a view that Elshamy’s Twitter posts still show him holding today.

Elshamy retweet a tweet from AOC that read “Apartheid states aren’t democracies” in May 15, 2021. 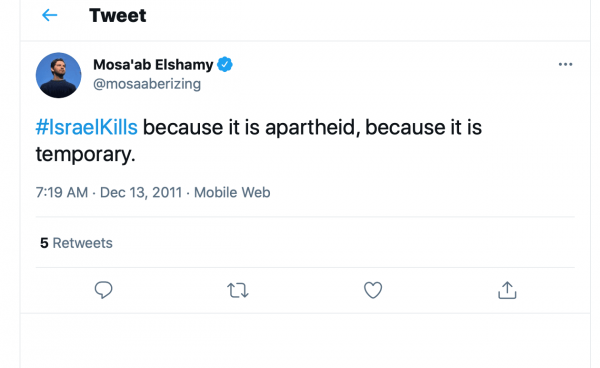 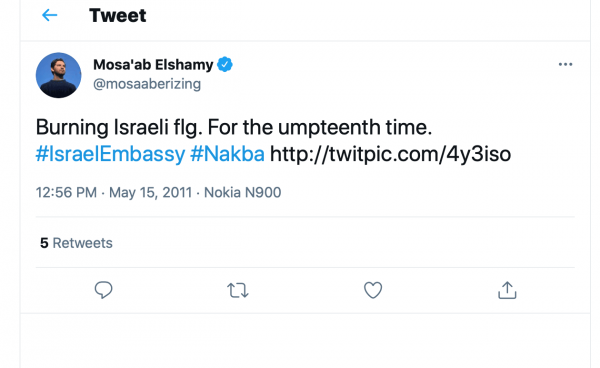 Elshamy began his career in photojournalism during the Arab Spring in 2011. his images have been used by TIME Magazine, Paris Match, The New York Times, Rolling Stone and Aljazeera English, and are available through Getty, AFP, and EPA. One of his images was named a TIME Magazine photo of the year in 2013, along with 10 others.

Breitbart reported that “After the publication of this article, Elshamy deleted some of the tweets.” They also obtained a statement from AP, which read:

“AP condemns antisemitism and all forms of discrimination. We require all of our journalists to follow AP’s News Values and Principles and social media policy. See here: https://www.ap.org/about/news-values-and-principles/downloads/ap-news-values-and-principles.pdf And here: https://www.ap.org/assets/documents/social-media-guidelines_tcm28-9832.pdf

AP was unaware of such tweets, which were sent prior to his joining AP, but as soon as we became aware we took steps to ensure they are deleted. The tweets do not reflect the views of the AP, which strives to cover the Israeli-Palestinian conflict fairly and factually.”

Mosa’ab Elshamy did not respond to a request for comment to The Post Millennial by the time of publication.

Read more at: ThePostMillenial.com and Journalism.news