Woman who yelled racist statements at Latino cop she called a murderer is college professor Kalunda-Rae Iwamizu, AKA Kalunda Jenkins

(Natural News) Bill Melugin is one of the only reporters from a mainstream media outlet who does actual investigative reporting. The Fox Los Angeles correspondent broke the Gavin Newsom/French Laundry scandal, and consistently gets good tips because police trust him. When the cops trust you it means you have the ability to get stories that no one else can get. He’s like TB Daily News LA, and yesterday a cop sent him a video of a professor getting pulled over that you absolutely must see:

NEW: "You're always gonna be a Mexican, you'll never be white, you know that?"
A Latino LASD deputy sent me his bodycam video of a woman claiming to be a teacher launching into a racist tirade against him when he pulled her over in San Dimas. She repeatedly calls him a murderer. pic.twitter.com/Cc8jSVenCQ

“Can you call your supervisor?”

“Good because you’re a murderer.”

“You scared me and made me think you’re gonna murder me.”

“It’s not just a feeling, you’re a murderer.”

“You’re threatening to murder me and my son.”

When you create a culture in which police are the bad guys and “all cops are bastards,” this is how the public reacts. Everything you witnessed was a manifestation of black lives matter lies and rhetoric, and she did it in front of her own son. Imagine what he’s going to grow up and think of the police. This racist woman thinks she’s not a racist because being black absolves her from that, and according to critical race theory it means she can’t be racist towards the Mexican-American police officer.

I’ve said it before and I’ll say it again – not one of these people is actually afraid of the police. Not one. If they were then they’d shut up act nervous every time a cop approaches them. But instead they act belligerent and confident, because they know damn well the cops aren’t going to hurt them. As a result they feel empowered to belittle and yell racial slurs at police officers, because no matter how much the cop is offended he or she must react in a professional manner.

The news is not releasing her name, but an unedited clip of the video does reveal her face: 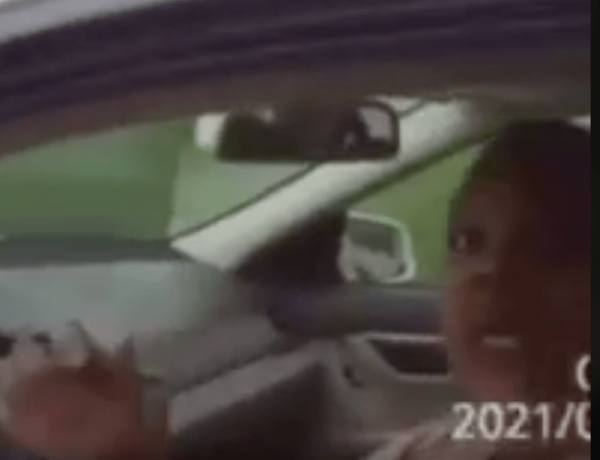 If she were white and said the exact same thing her name and face would be on the front page of the New York Times, but because she has racial privilege she gets anonymity. 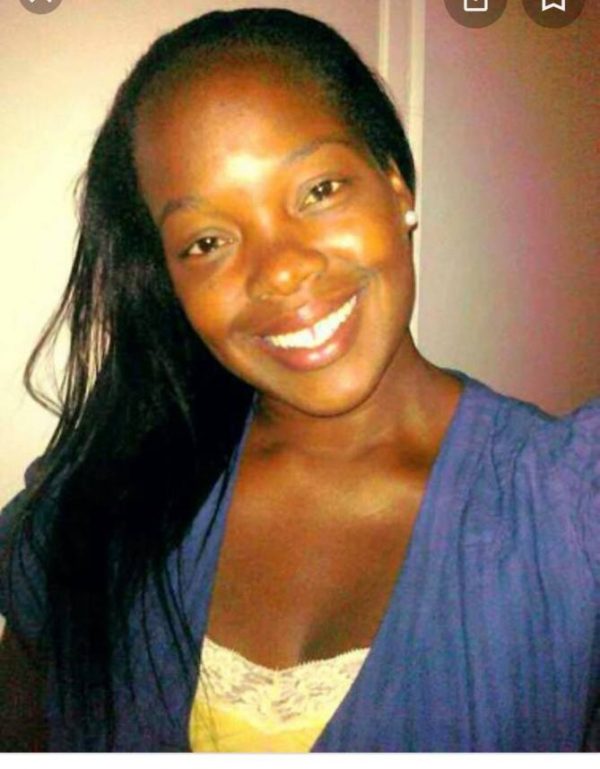 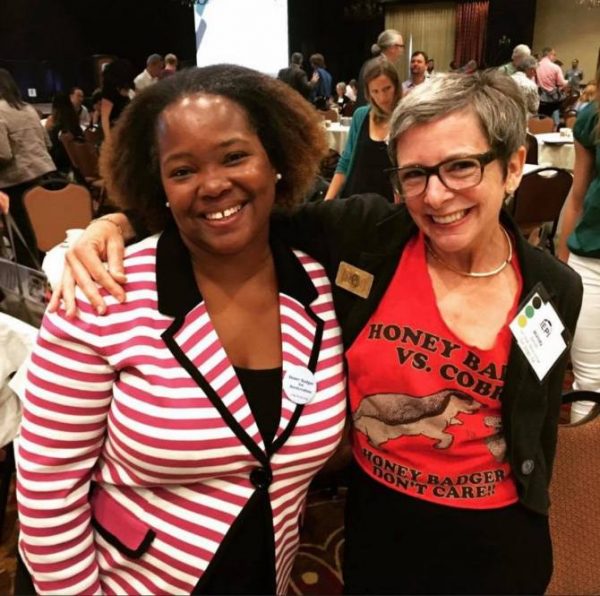 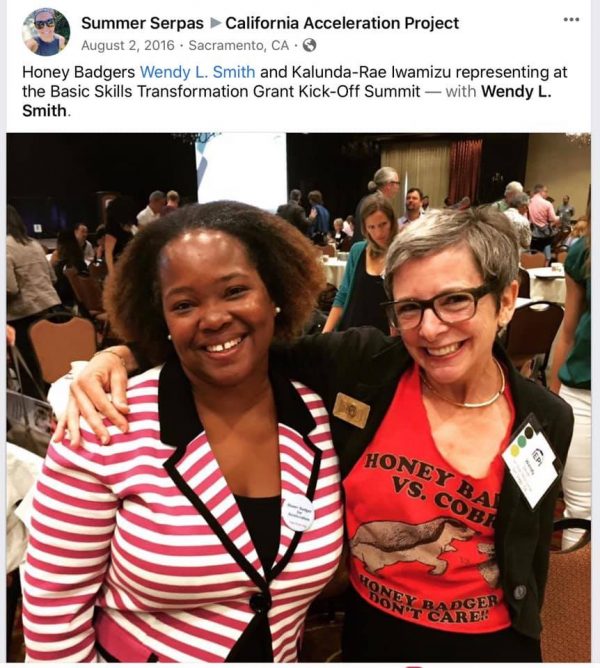 She was listed as an adjunct English professor at Los Angeles Southwest College. The college has since scrubbed her from their online directory, and is now claiming she has not taught there since 2017. 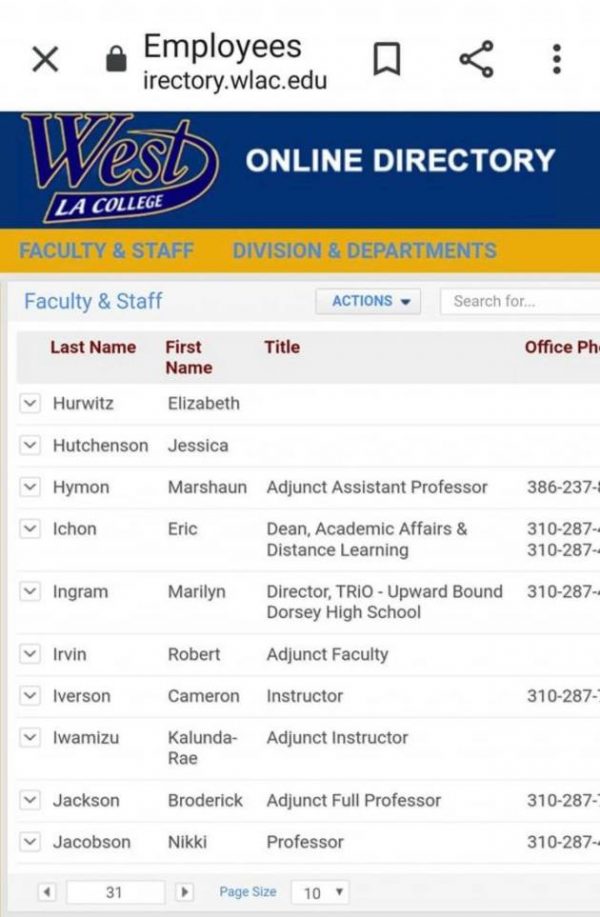 She made about $100K a year without tenure. 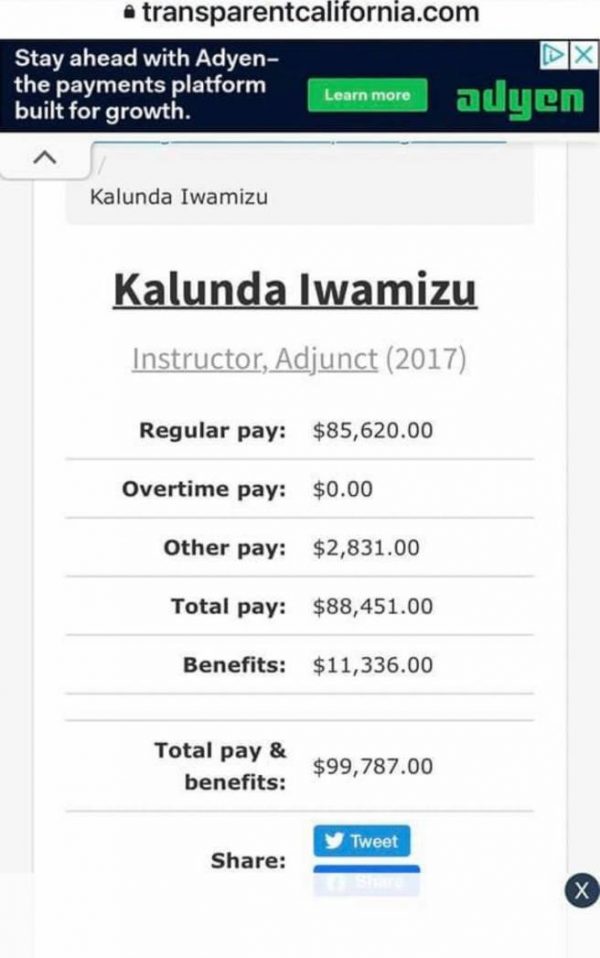 On Twitter she has expressed her demands for reparations. 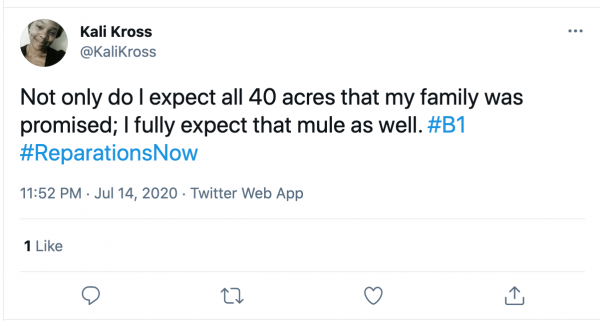 Because taxpayers owe this entitled brat money for something she never experienced.

She’s also a Karen who tattle tales when she sees a police officer (or anyone) not wearing a mask, while living in a state governed by a man most famous for getting caught at the French Laundry not wearing a mask. 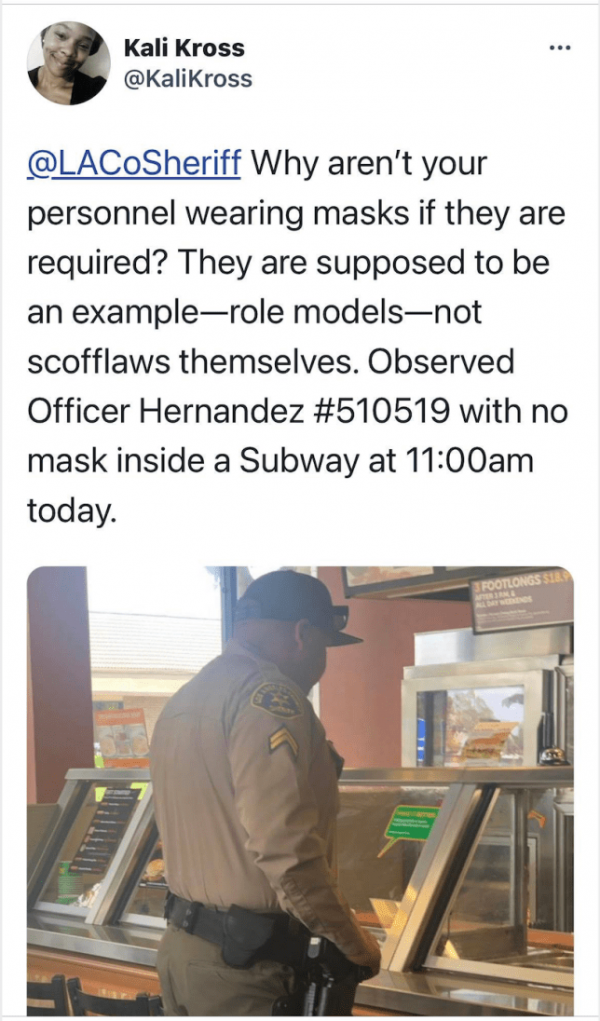 She also recently posted that her son was being abused by his ASD provider, but didn’t want to report it because then DCF would snoop around her house.

And in the twist that no one saw coming, she has good things to say about former President Trump. 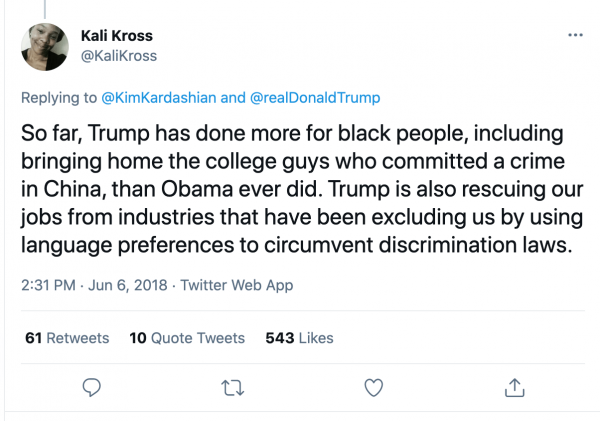 I think one thing is clear from that tweet and her action in that video – this woman HATES Mexicans with a burning passion.

Finally, ten years ago Kalunda was featured in a NBC puff piece about how a non-profit called Dressed For Success helped her land on her feet and get herself a job in academia after she got evicted and her three children ended up homeless.

Kalunda Jenkins is hardly an anomaly. American universities are filled with people like her, brainwashing the next generation of Americans to hate their country, their institutions, and the police. If you insist on sending your kids to one of these 4 year indoctrination camps make sure you tell them to ignore any opinions they hear, get really drunk, have fun, and get out of their with a degree. But the problem is that too many people are coming out of colleges believing what they learned there, and it’s destroying this country from the inside.

Previous :An army of Big Biotech companies is using psych tactics to ‘create vaccine demand’
Next : Over a dozen U.S. cities and counties are now pro-freedom ‘sanctuaries’ against COVID measures
Receive Our Free Email Newsletter

Nearly 1 in 4 police officers in San Diego QUIT due to covid vaccine mandates
Law enforcement allowed Texas shooter to commit mass murder by BLOCKING parents from saving their children
Texas cops saved their own kids while tackling and pepper-spraying parents who tried to do the same: Uvalde shooting
Indiana recruits Chicago police officers who are fed up with oppressive coronavirus mandates
Indiana tells fired unvaccinated Chicago cops to come work there – no covid vaccines required
DISMANTLING A CITY: San Francisco to suspend all cops, firefighters who refuse covid vaccines
WATCH: Cops do nothing as BLM blocks major road. So regular WORKING Texans who’ve had ENOUGH get in their FACES
Woman who yelled racist statements at Latino cop she called a murderer is college professor Kalunda-Rae Iwamizu, AKA Kalunda Jenkins
Oregon paper that endorsed defunding the police backtracks after shootings surge, admits it was a terrible idea
Portland police LEAVING in droves, exit interviews detail stories of being overworked, unappreciated by the community and ignored by city officials