STUDY: PolitiFact’s 8 times more likely to defend Biden than to check his facts

(Natural News) PolitiFact insists that they are nonpartisan fact checkers. “The PolitiFact agenda is – don’t take sides with any politician or party,” claimed editor Angie Drobnic Holan. “We’re independent and we work hard to find the truth. So we follow the facts wherever they take us, regardless of who made the claim.” 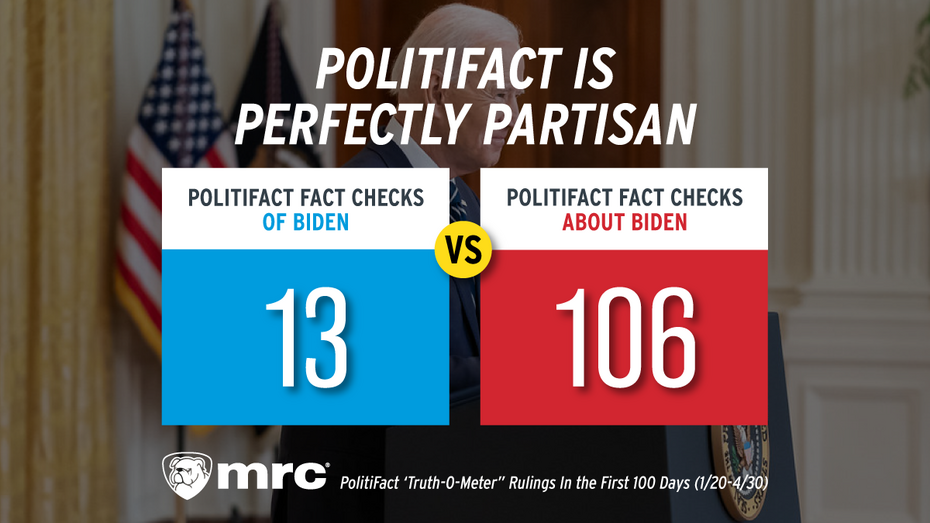 In other words, they’re much more sensitive about someone “lying” about Biden than they are about Biden lying.

Many of the fact checks about Biden are about “Facebook Posts,” “Viral Images,” or “Tweets.” Those rulings often translate into content warnings. But there were two“Pants on Fire” rulings for House Minority Leader Kevin McCarthy, and one each for Fox News and for Tucker Carlson. Liz Cheney got the Flaming Pants for insisting that less than six percent of Biden’s infrastructure package is about infrastructure.

Perhaps the surprising measurement here is that the percentage of PolitiFact “Truth-O-Meter” rating of Biden and Trump were the same – 61.5 percent. Trump just had four times as many evaluations. Thirty-two of 52 Trump evaluations were defined as “Mostly False,” “False,” or “Pants on Fire.” Eight of 13 Biden evaluations landed on the False side. Biden had zero “Pants on Fire” ratings in the first 100 days. In 2017, Trump had two.

But the Fact Checks About Biden were overwhelmingly negative – 91 of 106 checks were “Mostly False” or worse, almost 86 percent. There were 24 “Pants on Fire” ratings for Biden critics, 45 “False” ratings, and 22 “Mostly False.” Ten were “Half True,” three were “Mostly True” and two were “True.”

Media Research Center analysts found only 37 fact checks about Biden appeared under PolitiFact’s “Fact Checks About Biden” heading. But PolitiFact lists every “Truth-O-Meter” rating on pages broken down by category, and reviewing those pages brought the total to 106.

Overall, Biden’s PolitiFact page shows he’s been put on the “Truth-O-Meter” 169 times in the website’s history beginning in 2007, and was found to be on the True/Mostly True side 67 times (almost 40 percent) and Mostly False or worse 78 times (46 percent). By contrast, Donald Trump has 931 of these fact-checks, and 692 of them Mostly False or worse (74.3 percent). Trump has 161 “Pants on Fire” ratings. Biden has six.

Read more at: NewsBusters.org and NewsFakes.com

Previous :Totalitarian madness is now upon us – prepare for extreme tyranny, the likes of which have never been seen before
Next : Paging Ron DeSantis: Journalist faces 20 years in prison for investigating corruption at Fla. women’s shelter
Receive Our Free Email Newsletter