(Natural News) We have all heard the main-stream narrative going around that the violence and unrest at the capitol were caused by only Trump supporters.

Now, MLive, a Michigan news site is reporting that one 25-year-old man who came from Grand Rapids, MI, and was arrested at or near the Capitol building was “Not a Trumpster.” 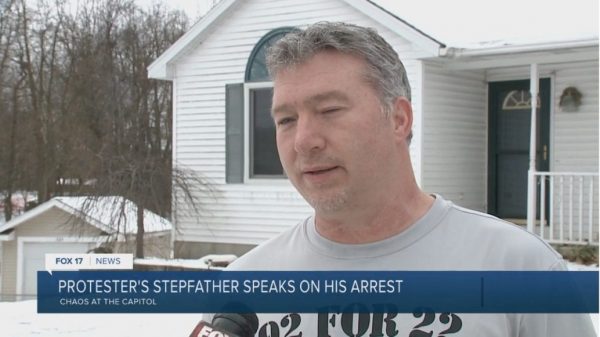 According to his stepfather, Andrew Hanselman:

“He is not a Trumpster,” the stepfather said. “Not a MAGA (Make America Great Again) person…We’re totally flabbergasted as to the charges,” he said.”

In fact, the 25-year-old appears to have been raised in an anti-Trump household:

“For the past four years, there has been a dark cloud over our country,” said Hanselman

But, of course, there is more to this story.  According to the Detroit Free Press:

Logan Grimes is a social justice activist who participated in Black Lives Matter, is transgender, and believes many groups have faced injustice since Trump’s election, his father said.”

The biological father, who also spoke out to the Detroit Free Press, also admits he is “not a Trump supporter.”

“We’re a very progressive liberal family … if there’s any reason my son was even present, it’s because of his stand against what a lot of those folks who did horrible things yesterday (believe) — and I’m still sick to my stomach (from) when I saw it on TV last night.”

Robert Grimes, 54, of Cadillac says his son is not a supporter of President Donald Trump and should not be associated with those Trump supporters who stormed the U.S. Capitol building. His son keeps an eye on groups such as the Proud Boys and was there to protest the Trump faction, he said.

He also seems to somehow blame Donald Trump for the actions of his son, which took him from Grand Rapids to Washington, DC:

Now thanks to that man that I just despise, Donald Trump — who I did not vote for and did everything I could to make sure he would finally leave office — has served me up one last injustice by making sure my son got arrested so he could stick his pride out,” he said.

Further information about this man–or 5 other men from Michigan who were arrested at or near the capitol building, is not being released until their arraignment is confirmed.  However, their charges are mostly related to violating the impromptu 6:00 PM curfew manifested by Mayor Bowser that night, as well as one for “unlawful entry,” according to the Detroit Free Press.

The more we find out about the unrest at the capitol, the more clear it is that the chaos may have been orchestrated by forces beyond those of Trump supporters.

Should Mayor Muriel Bowser be arrested for inciting violence in DC?  She created a BLM mural on the DC streets and created an entire road devoted to BLM.  Now it is being found that more and more BLM and Antifa supporters were involved in the chaos at the nation’s Capitol. In fact, as the evidence continues to come out, more and more of it suggests that anti-Trump activists may have played a pivotal (and perhaps majority) role in the chaos.

Previous :DELTA airlines boots two women for private conversation about Trump…
Next : WATCH: White mother forces her children to bow & pray to Black women for ‘getting Trump out of office’
Receive Our Free Email Newsletter