(Natural News) New York’s Lindsey Boylan is writing the playbook for underdog progressives looking to pick off established Dems during hard-fought primaries in and around NYC (where progressive Dems, including AOC, Jamaal Bowman and others, have had perhaps the most success in upsetting/unseating establishment Dems – even some who might be considered members of the party’s “liberal” wing themselves). Step one: Accuse a high-ranking Dem with massive national profile of being a nightmare “boss from hell”, leaving a wake of traumatized staffers. Step two: Kick it up a notch by accusing them of “sexual harassment” spanning “years” while working in their employ. 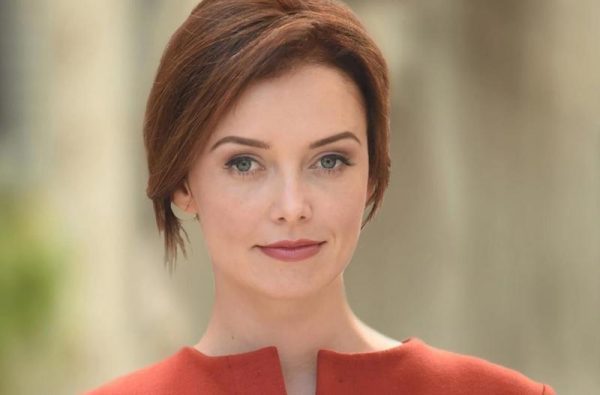 That isn’t to say we doubt the authenticity of Boylan’s accusations. A notorious political brat (some say Cuomo’s father, former NY Gov.  Mario Cuomo, could have been America’s first Italian-American president, if only he had wanted it bad enough), rumors about Cuomo’s tempestuousness have circulated for years – and not just in Albany.

In a series of tweets, Boylan first recounted her mother’s “first experience of workplace sexual harassment” and the allegedly ruinous impact it had on her tragically brief career as an “office worker”.

My first experience of workplace sexual harassment was when my mom got her first real office job after graduating from college when I was in high school.

She was so excited to be taken “seriously.” Her bossed isolated her and kissed her. She never had that type of job again.

It was then how I learned how hard it is for women. How hard this world can be for us when we are trying to be taken seriously and help our community. How easily jerks can destroy the lives of women.

And I promised myself I would never let those kind of guys win. I would work hard my whole life to put myself in positions of power to change things. To end the violence & corruption. Give voice to the voiceless.

I am not stopping. I refuse. I will never give up.

Then, after claiming she would never “let those guys win”, Boylan hit her followers with the big reveal: That Cuomo had “sexually harassed me for years” during her time working as a junior aide in his office. “Many saw it, and watched,” she added, while also claiming “I *know* I am not the only woman.”

Yes, @NYGovCuomo sexually harassed me for years. Many saw it, and watched.

I could never anticipate what to expect: would I be grilled on my work (which was very good) or harassed about my looks. Or would it be both in the same conversation? This was the way for years.

Not knowing what to expect what’s the most upsetting part aside from knowing that no one would do a damn thing even when they saw it.

And I *know* I am not the only woman.

Boylan offered no details about the alleged “harassment”, and from what we can tell, this is the first time she has levied these accusations publicly. But we imagine some former boyfriend or confidant will emerge to tell the Washington Post that they remembered Boylan talking about Cuomo’s alleged advances, or crude humor, or handiness – or all of the above. At this point, we can only guess at what she might say.

Most immediately, we will wait to see if any of these ‘other women’ she alluded to come forward. Meanwhile, we will wait to see what kind of impact will this have on Boylan’s bid to be Manhattan’s next Borough President. Presumably, a win in the primary (she would need to prevail over a coterie of establishment Democrats who have longer resumes than her) would cement her lock on the seat, and place her in line to be mayor someday, where she could finally deliver on all those progressive agenda items like disbanding the NYPD and barring ICE agents from so much as filing paperwork within the city limits that Mayor de Blasio wasn’t “man” enough to deliver on.

Read more at: ZeroHedge.com and CancelDemocrats.news

Previous :Why is YouTube hiring so many software engineers with ties to communist China?
Next : Sidney Powell: Trump could trigger 2018 Executive Order on foreign election interference
Receive Our Free Email Newsletter