Statement from plaintiff on Antrim County, MI lawsuit reveals he was able to get “Damning evidence” that “Points to election tampering”

Trump team lawyer Jenna Ellis appeared on Fox & Friends this morning where she explained that a judge granted access to their team of lawyers to perform a forensic examination of 22 Dominion Voting machines.

The full examination of 22 Dominion Voting machines was expected to take about 8 hours. According to Ellis, the results are expected to be released in about 48 hours.

The lawsuit Ellis mentioned was filed by William Bailey on November 23, 2020. Bailey’s lawsuit resulted in Judge Elsenheimer’s ruling for the forensic examination of Dominion Voting Systems. 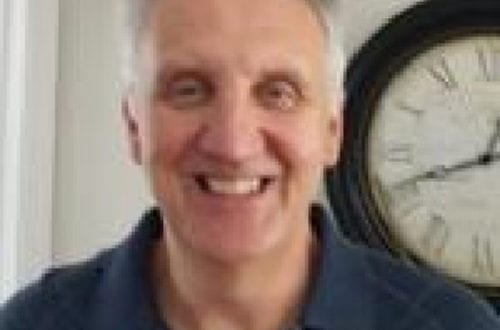 Bill Bailey, a Central Lake Township resident, has filed a lawsuit against Antrim County for voting fraud in the Nov. 3 general election, saying he has evidence to prove his point (complete statement below).

The Review reports that Bailey, in a statement he released over the weekend, says he believes “voter fraud may have happened” in Antrim county using the “Dominion Voting Systems and other electronic voting equipment.”

Because of the lawsuit, Bailey could not go into detail about evidence he has, but he says he can show voting in the county may have been compromised:

“I do have evidence that you don’t know about that you haven’t seen. I can’t go beyond that. It will be introduced into my case. My attorney’s working on it now. Everybody wants the same thing I want; it doesn’t matter…Democrat, Libertarian, Republican…we’ve got to know we can trust our electoral process. It’s really that simple. I can tell you I have evidence that points to a pretty serious issue.”

COMPLETE STATEMENT FROM BILL BAILEY ON THE LAWSUIT HE FILED AGAINST ANTRIM COUNTY:

Approx 6,000 votes flipped in Antrim County, all helping Joe Biden. This should have never happened. I do not believe this was a human error. I never bought into that narrative.

When Antrim County Undersheriff Dean Pratt and Sgt/Detective James Jannise finally showed up at my house to get my police statement, Sgt/Det Jannise admitted this [cybercrime] was above him that he/they weren’t qualified to deal with it. He said we need help and that the State Police and FBI won’t touch this.

I then informed them that after I had had my last conversation with Jim Rossiter that I WAS able to get the damning evidence I have (that I won’t share here, but certainly points to election tampering) to high-level people. I told them I wouldn’t say who they are, but that the Cavalry was coming.

An attorney specializing in Constitutional Law is now representing me, and I’ve filed a lawsuit against Antrim County.

I’m willing to drop my lawsuit against Antrim County if they let the team of cybercrime/cyber-terrorism experts that I’ve secured take digital images of all the county’s voting equipment used in the 2020 general election.

The cybercrime team doesn’t take any of the equipment. They simply take electronic imagery. I’m told the process will take about 8 hours. Then they will take that information back with them to decipher.

Make no mistake; these are tier-one cybercrime cyber-terrorism experts. They are the top men and women in their field. We couldn’t have a better team of experts willing to inspect our voting equipment. Also, this will cost the county nothing. No charge. Once the cyber team finishes their report, which I will share, we will all know if our voting machines were compromised or if they are safe.

No matter what side of the political aisle you reside on, we all want/need to know that our votes count and that our Electoral Process in Antrim County is secure.

So you know, Antrim County Clerk, Sheryl Guy, has the authority to give the team of experts I’ve secured immediate access to the equipment. So far, she isn’t willing to give that permission. I like Sheryl, but I think she is scared at the moment to act because she has to deal with all of this. But she really must. Otherwise, she will only create more uncertainty, and people will begin questioning her integrity. 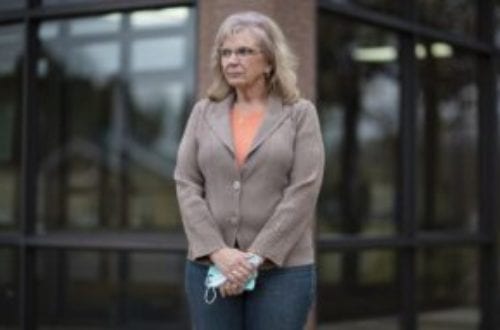 If you know Sheryl Guy, please email or call her asking her to grant my team permission to inspect the equipment. These are professional people who will protect the chain of custody, thereby protecting all information. Once I give the team the okay, they will board a jet and fly straight to the Bellaire airport.

We are ground zero for Dominion Voting Systems machines switching votes. Everyone in America and the world now knows what happened in Antrim County, Michigan, on election day. Everyone wants answers.

Having our equipment professionally inspected is a must, or we can never trust voting here again.
I/we want to know if our equipment was compromised or is safe. It’s that simple. But because we are still in the midst of a presidential election, we need to know that information right now!

If we can’t trust our Electoral Process, we no longer have a country.

Previous :Facebook is interfering in 2020 election with millions in unconstitutional grants before the election and censorship of extensive fraud before and after election
Next : Professor in Texas lawsuit: Odds of Biden winning all four contested states ‘less than one in a quadrillion to the fourth power’
Receive Our Free Email Newsletter

Antrim Co. forensic report reveals Dominion machines were set at 68.05% error rate… meaning 68.05% of ballots could be sent out for mass adjudication
Statement from plaintiff on Antrim County, MI lawsuit reveals he was able to get “Damning evidence” that “Points to election tampering”