(Natural News) The Gateway Pundit has blown a massive criminal conspiracy in Georgia wide open, exposing the players who appear to have faked a “water main” leak in order to shut down ballot counting, then spent the next several hours scanning fraudulent ballots for Joe Biden, rigging the election via conduct that appears to be criminal.

Here’s the original story from TGP:

Ralph Jones, Sr. was identified as the third suspect in the Fulton County Georgia suitcase scandal.

** Ralph led a team of operatives in carrying out a massive voter fraud scandal on election night at the State Farm Center in Atlanta, Georgia.

** Ralph and his team plotted to remove ALL elections observers (Republicans) from the counting room so they could roll out their suitcases full of Joe Biden ballots and run them through the machine.

** Ralph Jones told local Atlanta news channel 11Alive that a water main broke at the State Farm Arena and counting would be suspended. — This was a lie.

** Then Ralph Jones, Sr., Ruby Freeman and her daughter Shaye Ross went to work rolling out the hidden suitcases of ballots stashed under the table and hidden from view.

** It was their actions that gave Joe Biden the spike in unexplained votes in Georgia on Wednesday morning.

** It was a conspiracy to lie to the public including local news, to remove observers from the center and then to commit their hidden suitcase ballot fraud. 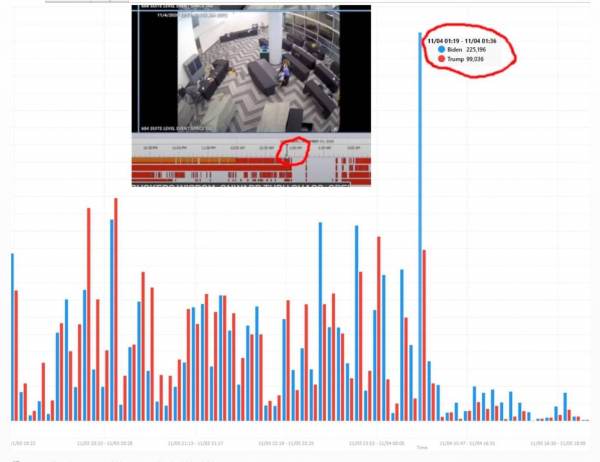 Here is what Ralph told 11Alive:

Fulton County election officials said they are behind – possibly by about two hours – counting absentee ballots after a pipe burst near a room at State Farm Arena where some of those ballots were being held.

According to election officials, none of the ballots were damaged in the process. No voting equipment was effected either, officials said.

Fulton County Registration chief Ralph Jones said that the pipe burst just after 6 a.m. Tuesday in the room above where they ballots were being kept, and water was draining down to the left side of the room where the ballots were.

State Farm did come to fix the issue – which was repaired by about 8 a.m. – but there was a brief delay in tabulating the absentee ballots while the repairs were being made, Jones said.

We know this was a lie because there was NEVER a work order filed and the water department never received a call.
It never happened!

But it gave Ralph and Ruby and Shaye cover to complete their scam on Georgia and America! 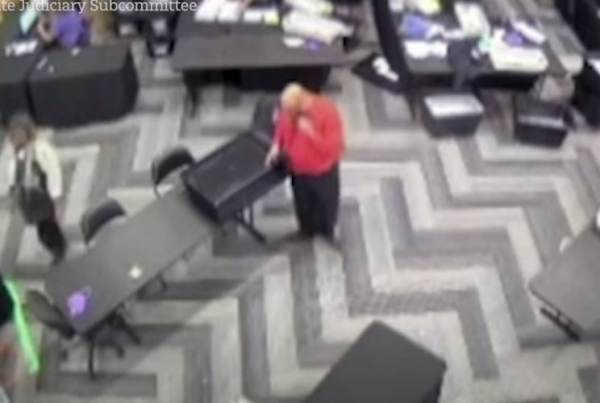 We’ve reported numerous times on events in Georgia on election night at the State Farm Arena in Atlanta.  We’ve now uncovered more on the incident that exemplifies the 2020 election in Georgia.

On election night we were told that voting stopped in Georgia’s State Farm Arena due to a water main break.  President Trump was way ahead in the election at that time.  But a couple days later we uncovered that the water main break never happened.  First an attorney in the Atlanta area asked for information related to the event via an freedom of information request and he shared with us that the only item he received was a couple of text messages related to the event:

After posting this, we found out that the water department in Atlanta never even received a call regarding the water main break.
It was a scam. 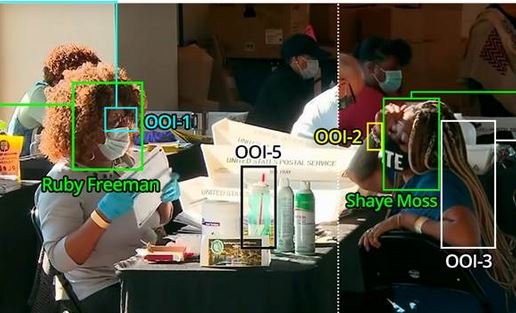 Next it was uncovered that a mother and daughter team, Ruby Freeman and her daughter “Shaye” Ross as well as a couple others, stuck around after sending everyone home and started running ballots through tabulators.  Ballots were pulled out from under a table that were previously covered up and processed with no Republican observers.

The mother – daughter team have become infamous in the annals of voter corruption: 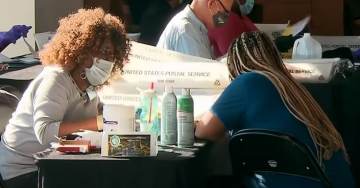 On Sunday night we uncovered another observation of events that night.

One of the other individuals who stuck around moved from his regular station and moved to another cube where he held numerous calls with someone as the ballot counting went on.  Yaacov Apelbaum at the Illustrated Primer points out where this mysterious man in red placed himself: 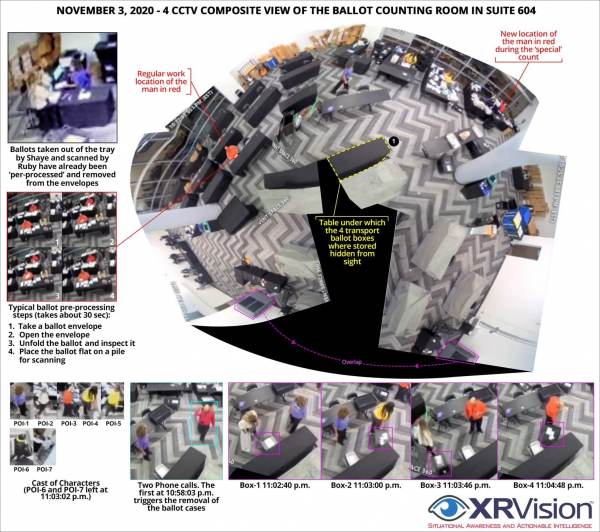 According to the composite, the man in red makes two phone calls on Election Night at 10:58pm which then triggers the removal of the ballot cases from under the table covered in black material.  Within a couple minutes four boxes of ballots are wheeled out from under the table.

We now believe the man taking the calls and organizing the massive “suitcase” scandal that night is Ralph Jones.

Ralph Jones is the registrations chief at Fulton County Government. 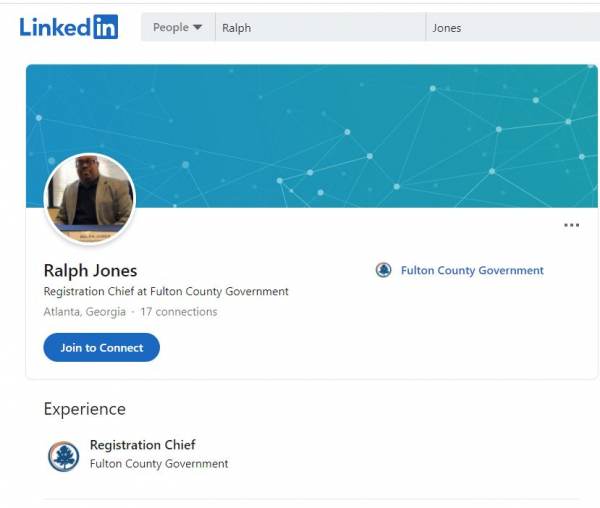 We have video of Ralph Jones taking time out to speak with Ruby Freeman while she was filmed counting ballots. 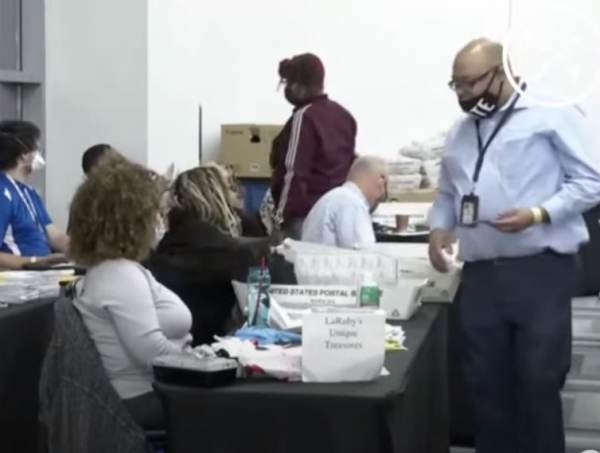 Here is the video of Ralph and Ruby Freeman.

And then she won her runoff! What a great investment!

The AJC reported on Keisha and Ralph in 2018.

According to records obtained by Channel 2 Action News and The Atlanta Journal-Constitution, the campaign paid more than $3,600 to RJ Mays Consulting, whose registered agent is Ralph Jones Sr., registration chief of the county’s election department.

The filings raise questions about potential conflicts of interest and what experts called an alarming lack of separation between a top election employee and active political campaign. 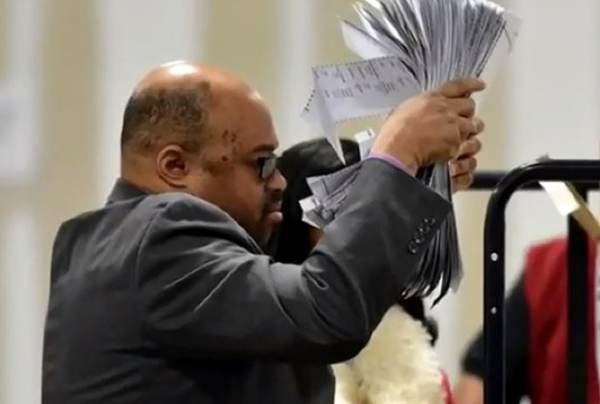 FYI — We have a huge update coming on this guy.