(Natural News) The entirety of the U.S. mass-media suddenly and inexplicably PULLED all their live voting total feeds from both TV and Internet this morning.  It seems too many Americans were recording the LIVE (Criminal) vote-switching taking place.

In the photo above taken from video of CNN, President Trump is shown at left with 1.69 Million votes to Joe Biden’s 1.252 Million in Pennsylvania on election night.   Within one second, the tally changed:

Americans are now going over ALL their recordings of election night media coverage and they’re finding even MORE occurrences, in many other states!

Some shenanigans were clearly taking place; the question is: Who dunnit?

The Presidential election has been STOLEN from President Trump by covert illegal means.

The brief video below shows another glaring example:

This has the computer software called “Hammer” and “Scorecard” written all over it.

Those two software programs were developed for the CIA to alter foreign elections.

But the Obama regime took the software away from the Intelligence community and farmed it out to private industry; ALLEGEDLY a company created by James Clapper and former CIA DIrector John Brennan.  This allegation is not yet confirmed.

If the allegation can be confirmed, then it is beginning to appear that the former Obama officials may be involved in the theft of the 2020 Presidential Election.

More details as they become available.

As this information continues to unfold, the meme below explains what Americans are now seeing in a broad sense: 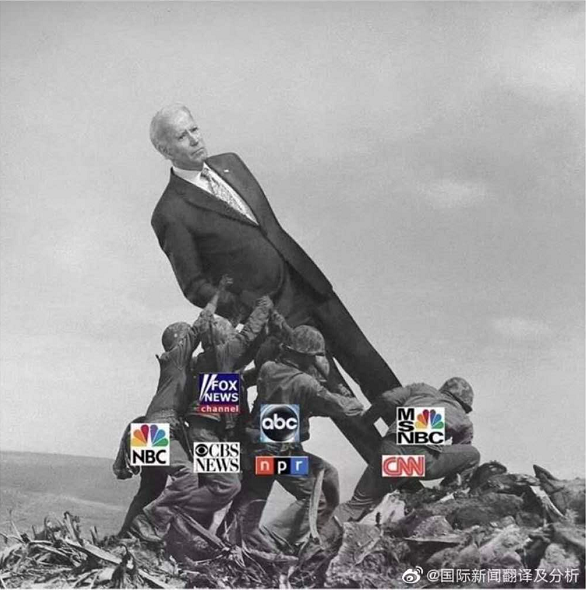 Previous :New sworn affidavit describes Biden/Harris operatives in Nevada filling out illegal mail-in ballots outside polling location
Next : Marxist BLM terrorist gives America fair warning: ‘We are going to fight, we are in a war’ – prepare for all-out leftist mayhem in the days and weeks ahead
Receive Our Free Email Newsletter

DNI Ratcliffe details how China influenced the 2020 election while the intel community deep state worked to cover it up
We ain’t going to submit and we won’t forget
Leftists planned riots to frame patriots, public opinion has awakened and justice will prevail
AOC spox openly asks Twitter for help censoring congresswoman’s tweet on defund police riots
Failure to contain Big Tech is the biggest failure of 2020
As the last line of defense of the Republic seems to be crumbling…
WATCH: Shocking video shows how the media covered liberal protesters storming Capitol in 2018
Why is challenging suspicious election results ‘a threat to our democracy’?
It’s for Mike Pence to judge whether a presidential election was held at all
Lesbian attorney general: Punish any lawyer challenging election