According to media standards, the plot to kidnap the Governor of Michigan was MOSTLY PEACEFUL

(Natural News) The dishonest left-wing media is hysterically hyperventilating over a report that the FBI arrested six individuals who are accused of plotting to kidnap the Governor of Michigan, a wretched totalitarian who probably deserves to be tried for treason. But the entire thing was, of course, scripted and plotted by the FBI itself as part of yet another “terror plot” dreamed up by the corrupt FBI.

Even if you believe this kidnapping scheme was concocted by the accused individuals, according to modern-day media standards, their kidnapping conspiracy meets all the criteria of being “mostly peaceful.”

Why isn’t the media calling this kidnapping plot “mostly peaceful?”

The alleged kidnapping plot was, by any rational assessment, completely peaceful. The alleged kidnappers didn’t burn down any local businesses. They didn’t assault federal officers with blinding lasers. They didn’t set police cars on fire, and they didn’t shoot innocent civilians. No, all those things were carried out by Black Lives Matter and Antifa, two domestic terrorist groups that the FBI is utterly ignoring, if not protecting.

Here’s a recent photo of FBI agents kneeling before Black Lives Matter, signifying their obedience to a left-wing terrorism group that’s destroying America’s cities: (this photo is also hilariously known as a depiction of Meal Team Six, which is the FBI’s rapid response donut assault team).

For the last five months or so, the deceptive media has been telling us that all the domestic terrorism activities of left-wing extremists were “mostly peaceful.” They would even report this on their live broadcasts as buildings and vehicles were burning in the background. In fact, the phrase “mostly peaceful” became a total joke as the media kept repeating it while reporting on events that were rife with arson, assaults, property destruction, shootings and murder, all carried out by left-wing extremists. 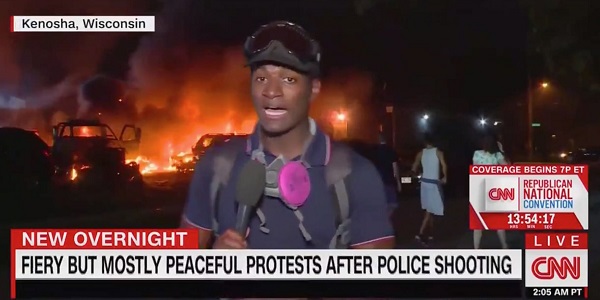 In comparison, the alleged “kidnapping plot” against Whitmer saw no shots fired. No buildings torched. No police officers assault. And Whitmer herself? The alleged “victim” of this horrible plot? Nobody even touched her.

Yet the left-wing media now pretends this daydreaming kidnapping fantasy is the most insane, radical, racist and dangerous event of the year, utterly ignoring all the months of shootings, riots, violence, arson and terrorist activity carried out by BLM and Antifa. This staged, FBI-run terror plot just happens to nicely fit the narrative that treasonous deep state swamp creature Christopher Wray has been wanting to roll out, claiming that “White supremacists” are the only real danger in America, while left-wing extremists are “mostly peaceful.”

Watch this Counterthink video to understand the full depth of the FBI’s terror plots against America:

Wait, what? They talked about it?

So while BLM and Antifa are actually burning down America’s cities and literally murdering innocent people in the streets, some chest-thumping boasters in Michigan talked about wanting to get rid of their treasonous governor?

Geez, what other horrific things might they have said?

“The group talked about creating a society that followed the U.S. Bill of Rights and where they could be self-sufficient,” reports the FBI.

Say it isn’t so! How evil! Self-sufficiency? Bill of Rights? These people are obviously dangerous, demented individuals, at least according to the FBI.

But to the rest of America, talking about removing a treasonous, lawless governor is no doubt very common. And working towards self-sufficiency to live under the Bill of Rights is a tremendously positive and productive idea. To the FBI, however, any talk of living within your means, under a system of self-responsibility and personal liberty is some sort of “extremist” philosophy. But burning down retail establishments, assaulting police and attacking people because they’re White is all a-ok.

Looks like very elaborate, long-term use of numerous FBI informants in that alleged Michigan militia plot

The FBI even paid its honey pot informers who were obviously enticing participants into the entire “kidnapping” plot. As BLP reports:

The Detroit News noted that “those present included an FBI confidential source who recorded the meetings” and that “the source has been paid $8,600.” The anonymous coward took 30 pieces of silver to commit this frame job on behalf of the federal jackboots.

Michigan State Police Col. Joe Gasper confirmed that state law enforcement is fully on board with the FBI’s war against 2nd Amendment supporters.

Big League Politics reported earlier this year on how the fake news media and veteran deep state criminals were bragging publicly about their intentions to ensnare white patriotic Americans in these sort of promulgated terror stings to deprive them of their life, liberty and pursuit of happiness.

All this underscores the greater truth in all this: The real terrorist front group in America is the FBI, which took a lead role in an illegal, treasonous coup attempt against President Trump… and now continues to terrorize America with its outrageous, treasonous schemes that are engineered to feed the media’s mass hysteria against conservatives.

It makes me wonder: What evil plot is the FBI working on next?

Read FBIcorruption.news to stay informed on the FBI’s criminal terrorism activities waged against America. And demand that President Trump fire treasonous deep state swamp creature Christopher Wray. (If not have him arrested and charged with sedition.)