When Mitch McConnell stonewalled President Obama’s Supreme Court nominee four years ago, 350 law professors signed a letter urging the Senate majority leader to give Merrick Garland a “prompt and fair hearing and a timely vote.” The Senate was failing its “constitutional duty” otherwise.

Now that President Trump has nominated another jurist for the high court in an election year, how many of those law professors will publicly stick by their analysis with a Republican administration?

Four, it turns out.

The College Fix reached out to all 350 professors from Sept. 23 through Oct. 1 to ask if they would similarly call on the Senate to hold a hearing and vote on Amy Coney Barrett, the 7th U.S. Circuit Court of Appeals judge. Thirty-six responded, with the vast majority giving similar explanations of why Barrett doesn’t deserve the same treatment they sought for Garland.

Two who stayed consistent on both election-year nominations cited Article II of the Constitution – and nothing more – to explain their views.

Barrett, like Garland, “should be afforded at least a fair hearing,” Juscelino Colares, co-director of the International Law Center at Case Western Reserve University, told The Fix in an email.

“The President has a constitutional duty to nominate under Article II. Reasonable minds might disagree on how much discretion the Constitution affords the U.S. Senate, however,” he said. 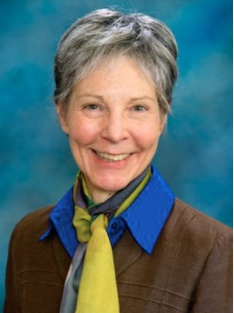 “The Constitution has not changed since 2016 and neither has my position,” the University of Denver Sturm College of Law’s K.K. DuVivier (left) said. Article II says the president “shall nominate” and “appoint” judges “by and with the Advice and Consent of the Senate.”

Informed that she was one of just four of the original 350 to support a vote, DuVivier replied via email: “Interesting (and perhaps somewhat sad)…”

The University of Wyoming College of Law’s Michael Duff said while his position was “exactly the same” now, he probably “would not have had an objection” to Democrats trying to “expand the judiciary” in response to Republicans’ move back then.

John Lowe of Southern Methodist University’s Dedman School of Law stuck with his position while saying “one can legitimately question whether there is time for a ‘prompt and fair hearing and a timely vote’” for Barrett’s nomination.

The “machinations” of McConnell and Judiciary Committee Chair Lindsey Graham “will make it hard for many to stick to their principles,” he wrote.

‘Presidential-election years’ are not an exception (except within three months)

In their March 2016 one-page letter to Senate and Judiciary Committee leaders, the 350 law professors used the word “duty” five times.

“The Senate’s obligation in this circumstance is clear,” they wrote, citing several senators whose refusal to consider a nomination marked their “preemptive abdication of duty.” This is “contrary to the process the framers envisioned in Article II, and threatens to diminish the integrity of our democratic institutions and the functioning of our constitutional government.”

While they noted that Obama had “more than 300 days remaining” in his term at the time, the law professors emphasized that “presidential-election years” were not constitutional exceptions to the president’s “authority or duty” to appoint justices. Six justices have been confirmed in such years going back to 1900, including Anthony Kennedy by a Democrat-controlled Senate.

Though it was a minor line in their 2016 letter, the “300 days” reference was a key argument for most professors who told The Fix the same conditions didn’t apply in 2020. Only one suggested that Barrett’s traditional Catholic faith could be problematic.

And surprisingly, none mentioned another focal point of the letter: the risk of a court with only eight justices. “A long-term vacancy jeopardizes the Supreme Court’s ability to resolve disputed questions of federal law, causing uncertainty and hampering the administration of justice across the country,” they wrote in 2016, warning of 4-4 decisions.

“The Senate does not have a constitutional duty to hold prompt hearings and a vote” on Barrett’s nomination because it was made “just one month from the election” and “early voting has already begun in many states,” the University of Pennsylvania’s Sarah Paoletti wrote in an email.

“That is not a reversal of my prior position,” since the 2016 letter concerned a spring nomination, “8 months before the election, and before many of the primaries had even been held,” she continued. If Barrett’s nomination had the same timing, “I would have had to acknowledge that there should be hearings and a vote.” 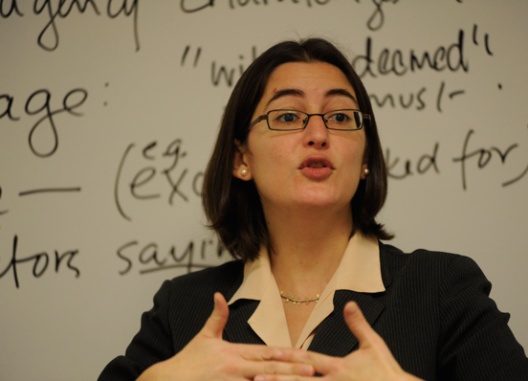 Looking at “past political practice,” which is typically used to define executive powers, there’s a “breaking point in the pursuit of Supreme Court confirmations around about three months before” an election, Tabatha Abu El-Haj (right) of Drexel University’s Kline School of Law wrote in an email.

“There are less than 40 days between today and election day. This is a rush job,” Roger Williams University’s Michael Yelnosky wrote.

The circumstances of the two nominations are nothing alike, according to M. Isabel Medina of Loyola University-New Orleans’ College of Law. She cited “Senator McConnell’s stark refusal to even meet with the nominee or consider the nominee (or bring him before the Senate)” several months before the election, while Barrett’s nomination is “a little bit over a month from the presidential election.”

“The timing makes a difference for me,” said Joan Steinman of the Illinois Institute of Technology’s Chicago-Kent College of Law, even though the 2016 letter emphasizes election years as a whole, not the days left before an election.

She supports election-year nominations when the vacancy occurs “with (roughly) nine months or more left” in the president’s term, “particularly if that President has not had the occasion to nominate one or more other members of the Court.” (President Obama successfully added two justices before Garland’s nomination. President Trump is trying for his third as well.)

But “within (roughly) two months” of an election, the process should wait for a new inauguration or the incumbent’s re-election, Steinman wrote in an email. She then clarified that she doesn’t have “a hard-and-fast rule” on where the “dividing line” is regarding the time before an election.

Joel Mintz, retired from Nova Southeastern University’s College of Law, supports whatever process “best protects American democracy, not of partisan politics.” For him, the fact that “early voting has actually started in some states” makes his 2016 analysis inapt.

Republicans’ argument in 2016 ‘appeared to be total bullshit’

Some law professors justified their differential treatment of Barrett’s nomination on another ground: retribution for Republicans’ actions in 2016.

She doesn’t deserve a hearing “because the Republicans breached their duty to advise and consent in 2016 at the time of [Antonin] Scalia’s death, drastically undermining the process that the Constitution established,” the University of North Carolina School of Law’s Maxine Eichner said.

“To hold one side to those rules when the other side repeatedly flouts them, though, doesn’t in any way, shape, or form produce the results that our Constitution seeks,” she wrote in an email. 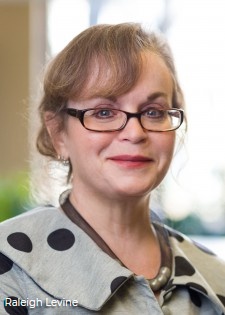 “There is now significantly less time between the nomination and the election” than when Obama nominated Garland, “so it is deeply hypocritical and indubitably partisan for the Senate to refuse to apply the same principle now,” Raleigh Levine (left), director of the fellows program at the Mitchell Hamline School of Law, said in an email.

The Garland stonewall “broke the system,” Theodore Soto of Loyola Marymount University’s Loyola Law School wrote in an email. “Had he received a vote, I would agree with you that a vote on Mr. Trump’s replacement for Justice [Ruth Bader] Ginsburg would be equally appropriate.”

Jan Stiglitz of California Western School of Law was unambiguous. “If the Republicans had moved forward with Garland, I would have accepted a replacement for Justice Ginsberg [sic] at this late date as an unfortunate consequence of her untimely death,” he wrote.

Yet the Republicans basically argued in 2016 “that a President has only three years in which to make appointments,” which in retrospect was “an excuse that appeared to be total bullshit.”

Contrary to his peers’ low view of McConnell, Case Western Reserve’s Colares noted that the Senate majority leader explained at the time “that the process was a political one and that he was willing to let the American people have a final say on the matter”:

“Elections have consequences, politicians have choices, and so do voters,” Colares continued, noting both he and Barrett hold “textualist-originalist” perspectives on the law. “I believe Judge Barrett will be a fair and impartial Justice and should be confirmed.”

Just one professor echoed the comments of Democratic Sen. Dianne Feinstein when Barrett was nominated for the 7th Circuit: “the dogma lives loudly within” Barrett as a conservative Catholic.

“The [judge] nominated by Trump is very Catholic, is 47 years old, and has seven children,” Emory University’s John van der Vyver wrote in an email. “She does make a good impression but time will tell.” 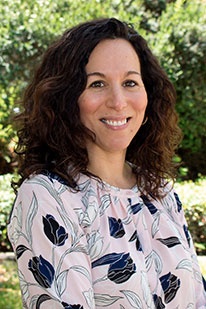 Beyond the timeframe issue, America is “an extremely divided nation” and Trump is “a president who did not win the popular vote and whose popularity is extremely low,” she wrote in an email:

I do not support yet another inflammatory, divisive, ill-advised action such as rushing through a Supreme Court nomination process as a means to pack a court with jurists who may not reflect the Constitutional values of the majority of our population.

She said she would “hold the same opinion were it a Democrat sitting in the White House under similar circumstances.”

Wil Burns of American University cited Trump’s impeachment as a disqualifier for a nomination in addition to the timeframe before the election. “[T]his can arguably need a new ‘shot of legitimacy’ by securing re-election,” he wrote in an email.

Previous :Corruption is now our way of life
Next : DESTROYED: Tons of Trump mail-in ballot applications SHREDDED in back of tractor trailer headed for Pennsylvania
Receive Our Free Email Newsletter