An academic journal editor who asked students and faculty for research proving the existence of systemic racism in policing stopped responding to The College Fix when asked if he would accept research contradicting that claim.

Northeastern University Prof. Carlos Cuevas, co-director of its Violence and Justice Research Laboratory, is one of four editors working on a “special issue” of the American Psychological Association journal Psychology of Violence.

In a July email to criminal justice faculty and graduate students reprinted by Law Enforcement Today last month, the professor touted his role in the issue, titled “Police, Violence, and Social Justice.”

Cuevas asked those “doing work in this area” if they would submit their work and “distribute the call for papers among your colleagues and contacts.” He also asked them to distribute the call to the membership of the American Society of Criminology and “related divisions.”

The call for papers attached to the email assumes the “disproportionality of legally sanctioned police violence against members of black and brown communities.”

While it specifies that only “some” officers use excessive force against “communities of color,” the description says discussions of police behavior are “being couched within the wider frameworks of structural racism.”

The call for papers asks for research “that examines structural racism more broadly and potential social justice solutions.” It asks for “studies that provide context for police violence through a broader lens on structural racism” among other suggested submissions.

While one of the suggestions is for studies that explore “positive relationships” between law enforcement and nonwhite communities, the call does not specify how the journal will treat research that does not assume “structural racism” in law enforcement. 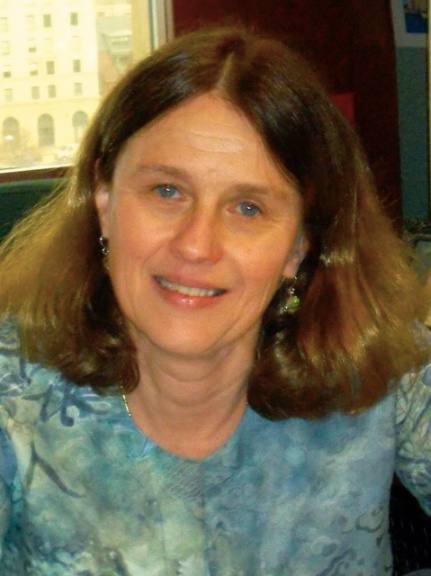 Wayne State University Prof. Antonia Abbey (left), who is editor of the journal as a whole and also for the special issue, did not respond to calls and emails from The Fix asking if “Police, Violence, and Social Justice” seems to take a stance on an issue that is still up for debate.

The Fix also asked her if the framing of the special issue is consistent with previous special issues the journal has published, and whether Psychology of Violence would include opposing research.

One of the most prominent counterexamples came from Harvard economist Roland Fryer four years ago, finding no racial bias in police shootings.

The black professor’s latest research finds a spike in homicides and crime following federal and state investigations into racial bias and excessive force in policing, which he theorizes is caused by a resulting plunge in “proactive police activity.”

A ‘slap in the face’ to Northeastern alumni in law enforcement

Law Enforcement Today, a pro-police publication that allows vetted officers to anonymously publish articles, noted that the suggestions in the call for papers don’t “clarify if contradictory research will be printed to contrast the false narrative of systemic racism in policing.”

It said it received a tip about Cuevas’s email from a person who called it a “slap in the face” to the “thousands of alumni [who] serve in law enforcement everyday.” College research firm College Factual ranks Northeastern “in the top 1% of the country for criminal justice students pursuing a bachelor’s degree.”

The publication also alleged that Cuevas may have violated Northeastern’s conflict-of-interest policy by using a university listserv to seek papers and his own Northeastern email to ask students “for research submissions for an outside publication.” The professor “stands to personally gain from utilizing student and faculty emails” for his work at the journal.

The author of the article, Syracuse University student Adrianna San Marco, lost her opinion column at the student newspaper earlier this summer after rejecting the concept of “institutional racism” for yet another publication.

The Fix asked Cuevas (right) what kind of submissions he got from his email, if he would be including evidence contrary to his assumption, and his thoughts on the conflict-of-interest accusation.

He told The Fix in an Aug. 19 email  that he was “unaware of” the Law Enforcement Today article and that he would “give it a close read” before responding. He did not email The Fix after that and did not respond to followup emails.

Northeastern did not respond to emails or calls from The Fix asking if Cuevas’s email seeking papers and distribution of the call for papers broke its conflict-of-interest policy.

Another editor for the special issue, University at Buffalo Prof. Christopher St. Vil, told The Fix on the phone that he would respond to the email asking him the same journal-related questions as Cuevas. He didn’t respond to that email or followup emails.

San Marco’s article said the premise of the journal’s special issue was false: “There is no epidemic of racist police officers shooting and killing black Americans.”

Controlling for “behavioral, demographic, and other contextual factors” causes “the racial disparity in police shootings” to disappear, she wrote: “A black man is more likely to be killed by lightning than by a police officer.”

The Washington Post’s own “Fatal Force” tracker found more whites than blacks, unarmed and armed, killed by police. “Of the 14 incidents of unarmed black men shot and killed by police in 2019, several involved high-speed car chases, fights with officers, or had weapons recovered at the scene,” she wrote.

FBI figures for 2018 also show a ratio of one unarmed black man shot and killed “out of 67,334 black men arrested” that year.

“The numbers of unarmed blacks shot and killed by police are so low, most Americans recognize their names,” San Marco wrote. “Comparatively, every year police kill a larger number of unarmed whites, but almost no one knows their names.”

Previous :Media finally notices that Antifa/BLM rioters are burning America….. because it “is showing in the polls” to be bad for Democrats
Next : IDIOCRACY: Gen Z snowflakes are intimidated by complete sentences, full stops while texting
Receive Our Free Email Newsletter