Should the US invade Melbourne Australia to restore human rights like Iraq?

(Natural News) How will the markets handle what lies ahead is very interesting. Historically capital will ALWAYS flee from tyranny. The markets may appear to be disconnected, but they are clearly beginning to weight the changing tide of freedom which is so essential to how and why we invest our capital. Governments have violated the very core authority they have been granted by the people. The treatment of choking this girl simply because she does not have a mask is by no means a free society that respects human rights. 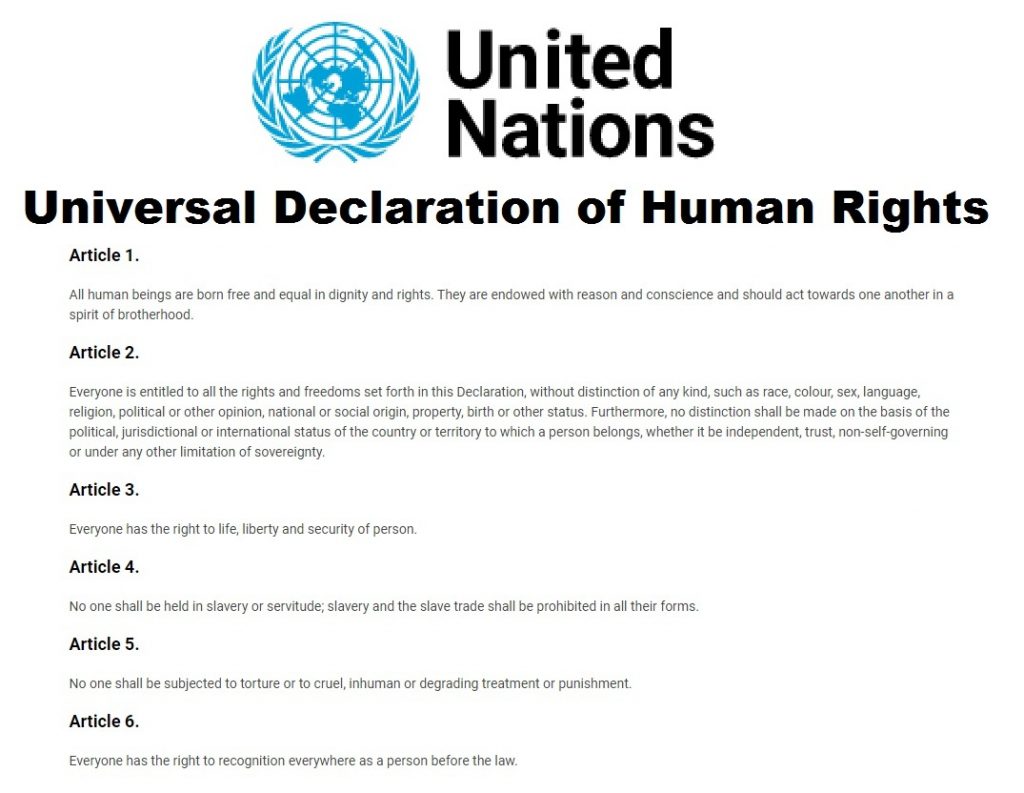 What is really interesting is the justification to invade Iraq or Syria was that their governments were abusing their own people and violating human rights. These are just the first six articles of the Declaration of Human Rights that countries now routinely violate claiming they are protecting them. What countries have restored to under the pretense of protecting the public is to strip everyone of all human rights. This has gone way too far and in many cases, as seen here, the Police have crossed the line and become the tyrannical enemies of the people. This is the very essence of what sets in motion a revolution that is not bloodless. 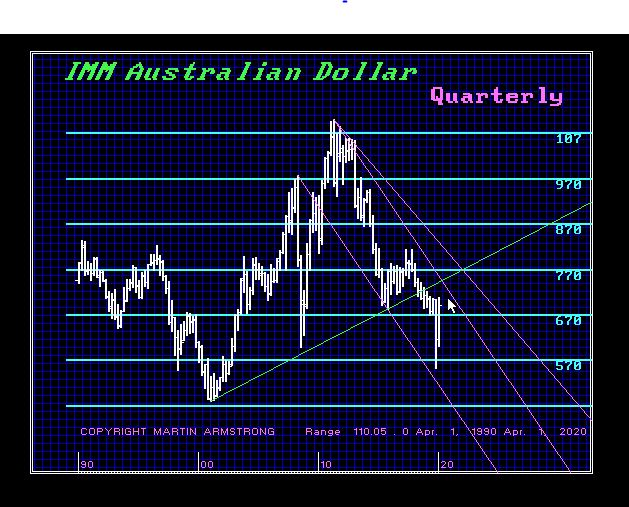 How will the markets respond and they will distinctly provide us clues as to their intended path of flight. Australia has clearly adopted a very aggressive authoritarian posture against its people. This is reflected in the currency for it has declined sharply for the past 9 years since the high of 2011. The A$ needs to close back above 7800 at year-end to raise hope of a bounce. A closing below 7000 at year-end will point to political unrest and a decline into 2021 at the least. The A$ should rise with commodities into 2024, but the failure to do so would warn of political unrest which will not end well for Australia.

Thomas Jefferson wrote the Declaration of Independence. Among the list of grievances, he enumerated the very abuses we are being faced with under the pretense of protecting the public from a virus which is only equivalent to the flu and 92% of all deaths are the same group – the elderly over 65. Our governments have eliminated all our rights and have sought to divide the people because they know that their Socialistic programs are collapsing and they can no longer borrow perpetually with no intent to repay anything. They have told people to save for retirement and then lowered interest rates wiping out the ability of the retired community to live off of savings. Keynesianism is collapsing and they have no replacement but MMT and to accomplish that they seek to impose a total authoritarian state. No free society turns against its own people. All the same justification that was used to invade the Middle East exists in the heartlands of the last vestiges of our once Democratic free societies of “We the People.” Look at this list of grievances:

He has obstructed the Administration of Justice, by refusing his Assent to Laws for establishing Judiciary powers.

He has made Judges dependent on his Will alone, for the tenure of their offices, and the amount and payment of their salaries.

He has erected a multitude of New Offices, and sent hither swarms of Officers to harrass our people, and eat out their substance.

He has combined with others to subject us to a jurisdiction foreign to our constitution, and unacknowledged by our laws; giving his Assent to their Acts of pretended Legislation:

For protecting them (king’s agents), by a mock Trial, from punishment for any Murders which they should commit on the Inhabitants of these States:

For cutting off our Trade with all parts of the world:

For imposing Taxes on us without our Consent:

For depriving us in many cases, of the benefits of Trial by Jury:

For taking away our Charters, abolishing our most valuable Laws, and altering fundamentally the Forms of our Governments: 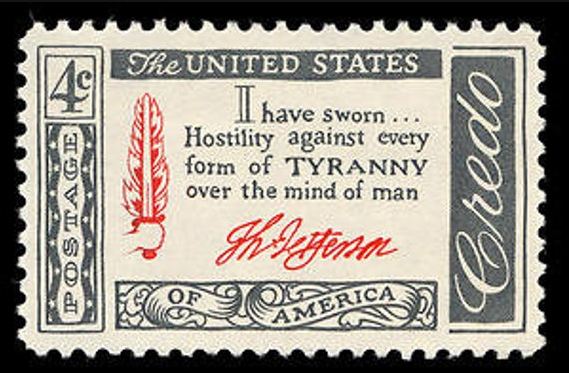 These are just a few of the grievances that Jefferson noted. The king sent a full army to capture Jefferson at his home seeking to hang him. We are entering a period where the markets are clearly disconnected from the normal trends of analysis. They have adopted a new footing as confidence begins to falter.