The calls were leaked by Ukrainian MP Andrii Derkach, who says the recordings of “voices similar to Poroshenko and Biden” were given to him by investigative journalists who claim Poroshenko made them.

Shokin was notably investigating Burisma, the Ukrainian energy company that hired Biden’s son, Hunter, to sit on its board. Shokin had opened a case against Burisma’s founder, Mykola Zlochevsky, who granted Burisma permits to drill for oil and gas in Ukraine while he was Minister of Ecology and Natural Resources. In January, 2019, Shokin stated in a deposition that there were five criminal cases against Zlochevesky, including money laundering, corruption, illegal funds transfers, and profiteering through shell corporations while he was a sitting minister. 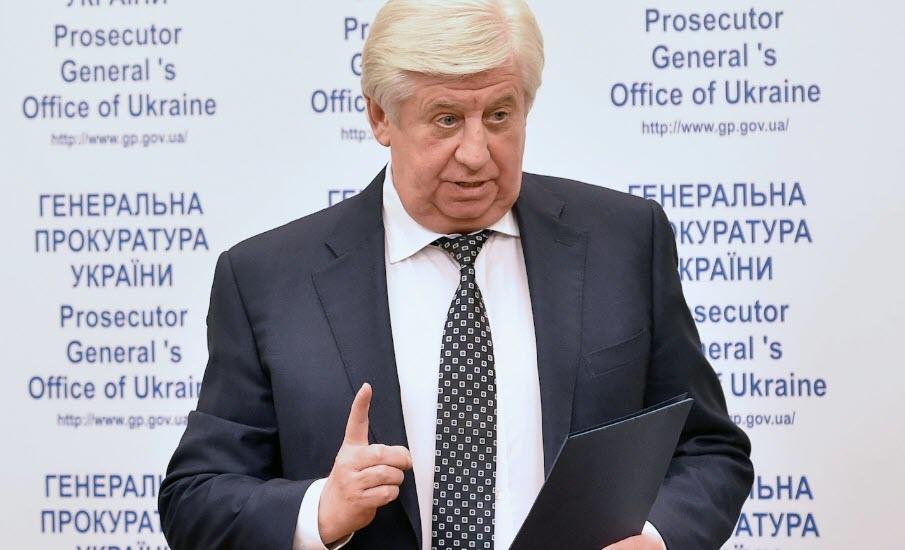 The leaked calls begin on December 3, 2015, when former Secretary of State John Kerry starts laying out the case to fire Shokin – who he says “blocked the cleanup of the Prosecutor Generals’ Office,” and sated that Biden “is very concerned about it,” to which Poroshenko replies that the newly reorganized prosecutor general’s office (NABU) won’t be able to pursue corruption charges, and that it may be difficult to fire Shokin without cause.

Later in the leaked audio on February 18, 2016 – less than three months after the Kerry conversation – Poroshenko delivers some “positive news.”

“Yesterday I met with General Prosecutor Shokin,” says Poroshenko. And despite of the fact that we didn’t have any corruption charges, we don’t have any information about him doing something wrong, I specially asked him – no, it was day before yesterday – I specially asked him to resign. In, uh, as his, uh, position as a state person. And despite of the fact that he has a support in the power. And as a finish of my meeting with him, he promised to give me the statement on resignation. And one hour ago he bring me the written statement of his resignation. And this is my second step for keeping my promises.”

To which Biden replied: “I agree.”

Four weeks later on March 22, 2016, Biden says “Tell me that there is a new government and a new Prosecutor General. I am prepared to do a public signing of the commitment for the billion dollars.”

Poroshenko tells Biden that one of the leading candidates is the man who replaced Shokin, Yuriy Lutsenko who later said in a deposition that Hunter Biden and his business partners were receiving millions of dollars in compensation from Burisma.

Then, on May 13, 2016, Biden congratulates Poroshenko on “getting the new Prosecutor General,” saying that it will be “critical for him to work quickly to repair the damage Shokin did.”

“And I’m a man of my word,” Biden adds. “And now that the new Prosecutor General is in place, we’re ready to move forward to signing that one billion dollar loan guarantee.”

Poroshenko thanks Biden for the support, and says that it was a “very tough challenge and a very difficult job.”

Shokin, meanwhile, filed a criminal complaint against Biden in Kiev this February, in which he writes:

During the period 2014-2016, the Prosecutor General’s Office of Ukraine was conducting a preliminary investigation into a series of serious crimes committed by the former Minister of Ecology of Ukraine Mykola Zlotchevsky and by the managers of the company “Burisma Holding Limited “(Cyprus), the board of directors of which included, among others, Hunter Biden, son of Joseph Biden, then vice-president of the United States of America.

The investigation into the above-mentioned crimes was carried out in strict accordance with Criminal Law and was under my personal control as the Prosecutor General of Ukraine.

Owing to my firm position on the above-mentioned cases regarding their prompt and objective investigation, which should have resulted in the arrest and the indictment of the guilty parties, Joseph Biden developed a firmly hostile attitude towards me which led him to express in private conversations with senior Ukrainian officials, as well as in his public speeches, a categorical request for my immediate dismissal from the post of Attorney General of Ukraine in exchange for the sum of US $ 1 billion in as a financial guarantee from the United States for the benefit of Ukraine.

And while we cannot verify the authenticity of the recordings with absolute certainty, we now have the audio revealing how the deed was orchestrated.

REVEALED: Clinton campaign spread Alfa Bank ruse throughout Obama admin to press Trump-Russia probe
Jeffrey Prather accuses Biden administration of orchestrating one of the largest international weapons transfers in years – Brighteon.TV
The American descent into fascism
No masks, no distancing, no vaccines required: Obama’s birthday bash a grotesque parade of hypocrisy and elitism
Biden expects FDA to “quickly” give final approval for experimental coronavirus vaccines, despite mounting injuries and deaths
Tucker Carlson: University vaccine mandates forbid kids from getting an education
FBI busted again for combing through Americans’ information WITHOUT a warrant: Time to reel in the corrupt FBI deep state, but will Biden allow it?
Joe Biden’s going to get us all killed! Prepare for World War 3 and nuclear annihilation with America sent back to the Dark Ages if Biden and Democrats get their way
The rabid left comes for Obama
Biden threatens to unleash his DoJ on Georgia to “investigate” new voter ID law because it requires Democrats to play fairly