(Natural News) One of the greatest economic booms in our country’s history has been brought to its knees by a virus. Over 80,000 souls have been lost to this pandemic, and our country is slowly collapsing. The number of businesses lost to this virus is said to be about 100,000 that will never come back—one hundred thousand livelihoods and families that will no longer grace our towns and cities across this country. The economic downturn has been devastating, and there are many of our fellow citizens that will never recover.

Dr. Anthony Fauci is tasked with leading us through this as the resident “expert” that has all of America shut down. It was his advice to President Trump that has locked down our country. It is Dr. Fauci that has set the limits of what our country should do. The damage is done when the experts are spreading fear and panic throughout the country and are allowed to set policy for the nation.

Dr, Fauci persuaded President Trump to “lockdown” the entire U.S. economy based on a false Imperial College model-based on the work of Dr. Neil Ferguson. The Imperial College model has since been deemed to be a model “completely unusable for scientific purposes.” If the model was so flawed, why did Dr. Fauci not look closer into the results and question the facts as they were presented? It has been agreed to by many, including software engineer Sue Denim, that the Ferguson model “is garbage and can not be scientifically replicated.” The results- a destroyed economy and over 30 million Americans out of work and on the edge of generational poverty is the result of Dr. Fauci not understanding the impact of statements based on failure.

Another study that Dr. Fauci showed to the President as factual was the study from the University of Washington IHME, another project funded by the Bill and Melinda Gates Foundation. Once again, Fauci showed a preference for fault models and the meaningless havoc they would cause.

As the proclaimed “infectious disease specialist,” Fauci has had many failures of this Chinese virus. On January 21 of this year, Fauci proclaimed the coronavirus was not a major threat and was something the American people should worry about. On February 29, Fauci told NBC Today that there is no need to change anything you are doing on a day to day basis. All these statements were based on World Health Organization statements, which Dr. Fauci parroted to the American People. Perhaps it is informative that Fauci had signed a memo of understanding with the WHO in 2018, stipulating that Fauci would rely on the WHO for information about China outbreaks.

Fauci’s failures go back to the HIV/Aids search for a vaccine. The Washington Post described Fauci as someone with a reputation of being a skilled public health expert while battling AIDS in the 1980s. The battle against AIDS has proven to be a total failure with no vaccine ever found to be effective. To this day, Fauci claims that progress in vaccination therapy holds promise for an HIV/AIDS vaccine. All attempts to find an HIV/Aids vaccine have failed. The latest effort, funded by the NIAID (Fauci’s employer) and the Bill and Melinda Gates Foundation to the tune of $100 million, also failed. 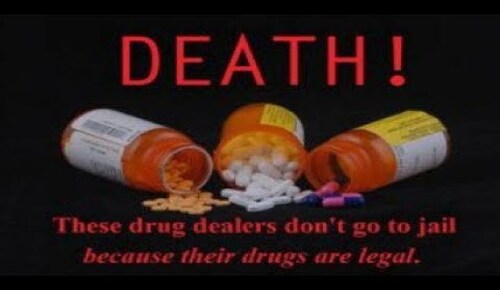 It is also Dr. Fauci, who gets to decide what therapeutics we should use for treatment. It was in research done by the National Institutes of Health, where Dr. Fauci is the director, that Chloroquine was found to be an effective inhibitor of the coronavirus in 2015. It was during the SARS outbreak (SARS-CoV) that Chloroquine was found to be an effective agent, stopping SARS CoV completely. The coronavirus now ravaging our nation has a genome designated as SARS CoV-2 and shared almost 80% of the SARS genome. Both have been shown to use the same host cell receptor, which allows the virus to infect the host victim.

In the Virology Journal, an official National Institute of Health published an article on August 22, 2005, that stated that “Chloroquine is a potent inhibitor of SAR coronavirus infection and spread”. It was also shown to be effective before or after exposure. Hydroxychloroquine, a milder form of Chloroquine, has been in use since 1952 with manageable side effects. It has been used to not only treat current cases but also to prevent future cases. It functions both as a vaccine and a cure if taken early enough. This shows that the NIH, of which Dr. Fauci was director, knew as far back as 2005 that Chloroquine was effective against the coronavirus. It was also Dr. Fauci who sent $3.7 million to the Lab in Wuhan to study the weaponization of the coronavirus that had been outlawed in U.S. research laboratories because of the inherent dangers.