(Natural News) In keeping with our storied history of presenting readers with plausible theories and allowing them to make their own decisions often times weeks, months or years in advance of the mainstream media figuring them out and/or having the courage to finally touch on them, we’re not surprised to see some o

(Article by Tyler Durden republished from ZeroHedge.com – added note from Natural News: We are also permanently banned on Twitter, Facebook, YouTube, Google, Vimeo, Pinterest and everywhere else, even though Zero Hedge and Natural News have been the most accurate sources on this outbreak from the very beginning. The Tech Giants have silenced the most accurate voices, all on purpose.)

The idea of the coronavirus potentially being a man made virus was a question we raised several weeks ago in this post when we asked “Is This The Man Behind the Global Coronavirus Pandemic?”. In that post, we asked questions about Zhou Peng, one of China’s top virology and immunology experts who works at China’s top-rated biohazard lab, the Wuhan Institute of Virology. 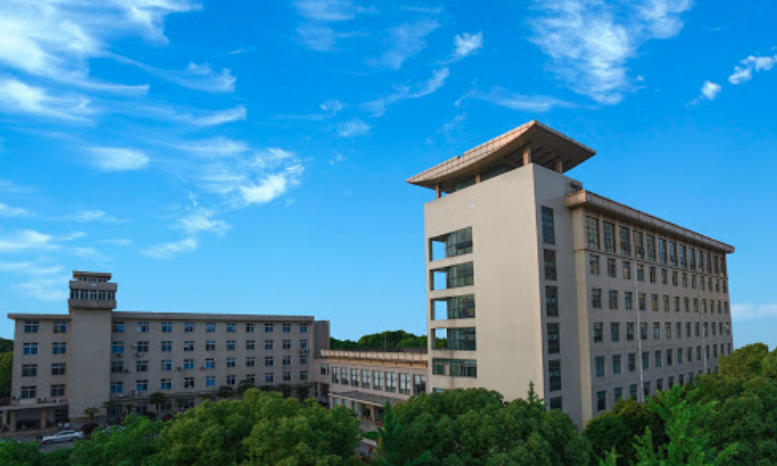 But the idea of their ever-so-beloved government covering up something from them or not having their best interest in mind was so disturbing the to snowflakes at Twitter, they lashed out by banning Zero Hedge from their platform with little color around why they took such drastic action. Their ban followed a BuzzFeed article claiming we had “doxed” the scientist involved by asking questions and posting the same information listed publicly on his website.

The ban was so questionable, it sent shockwaves across the mainstream media, even making it as far as CBS National News, who stated: “The financial website Zero Hedge is now barred from Twitter after publishing an article relaying a conspiracy theory that a Chinese scientist might be to blame for the coronavirus outbreak.”

But – as it often happens – the very same question that put us in our own social media “quarantine” simply can’t be ignored. As we have found over the years, if it is an idea worthy of critical examination – or better yet, the truth – it often times can’t be hidden, much to the chagrin of the government and/or beta male social media CEOs.

This morning, CNBC’s Eunice Yoon did an interview with Joe Kernen on Squawk Box where she offered an update on-the-ground in China. Among the topics discussed with Kernen was the origins of the virus. Yoon admitted in her discussion with Kernen that there was a “theory” going around China that the virus could be man made. 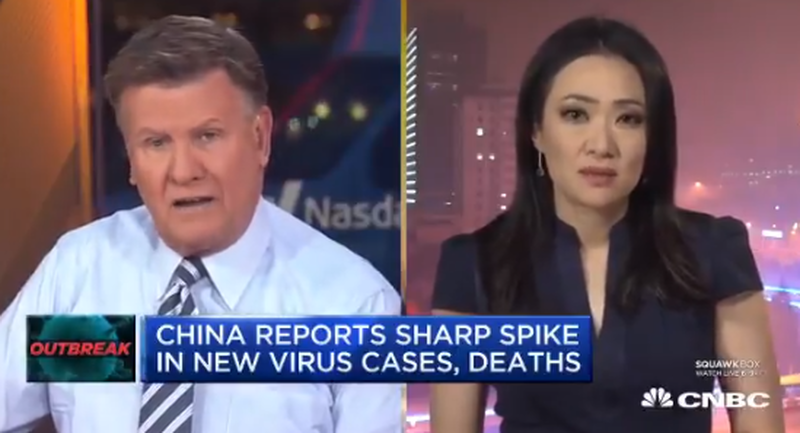 “There are plenty of theories out there because Wuhan does have a P4 lab,” Yoon says.

“There was a biochemical weapons expert who went from the Chinese military who went there – who is there now to look at some of the testing kits. Because she is there – maybe this was man-made and there’s a theory that this could have been part of a bioweapons program. But that’s just a theory.”

We must give credit to Yoon, who has been on the ground in China since the beginning of the outbreak and whose reporting has been relatively objective and doesn’t appear (too much) to be pandering to the CCP or the World Health Organization’s token narrative. Yoon also references back to this interview during which she really exposes the reality on the ground in China…

We would like to ask @Jack, however, when we can expect CNBC’s corresponding ban from Twitter for asking the very same questions we brought to the public weeks earlier, involving a situation where time is clearly of the essence.

You can watch the video of the interview here:

“There are plenty of theories out there because Wuhan does have a P4 lab … maybe this was man-made and there’s a theory that this could have been part of a bioweapons program. But that’s just a theory,” says @onlyyoontv on the #coronavirus. pic.twitter.com/1svCAHi0jN

Previous :How many cases of Covid-19 will it take for you to decide not to frequent public places?
Next : Were coronavirus samples destroyed by China to cover up the outbreak?
Receive Our Free Email Newsletter