(Natural News) Remember when China first dropped a quarantine on Wuhan and the entire mainstream media told us the coronavirus infections would start to drop off beginning Feb. 8th?

Now, nearly two weeks later, coronavirus infections are exploding outside of China, with non-China cases exceeding 1,000 and growing by the day.

The CDC has now named six non-China countries as areas where “community spread” is taking place, which the CDC says means, “people have been infected with the virus, including some who are not sure how or where they became infected.” (In other words, all the health authorities are totally clueless.)

Those countries named by the CDC are:

“The United States warned travelers of “apparent community spread” of the new virus in five countries outside of China, as well as the island of Taiwan,” reports The Epoch Times:

The Centers for Disease Control and Prevention (CDC) is recommending Americans not travel to China and is also advising travelers of the apparent spread in Japan, Singapore, South Korea, Vietnam, Thailand, and Taiwan.

Japan, which recently committed the egregious error of releasing thousands of potentially cross-infected passengers from the Diamond Princess cruise ship onto the streets of Tokyo, is now rumored to be headed for “second Wuhan” status as an outbreak hub. We have dubbed this action by Japan a “global suicide mission,” and doctors in Japan have publicly warned that the entire “quarantine” of that cruise ship was run by incompetent bureaucrats who managed to expose everyone to the virus while pretending to be running a quarantine (i.e. “medical theater”).

Remember Japanese professor Kentaro Iwata? He’s a small taste of what he said about the situation there, courtesy of Zero Hedge:

“The cruise ship was completely inadequate in terms of controlling infections,” he said in one of them.

“There was not a single infection control professional on the ship, nor anyone professionally involved in infection prevention. The bureaucrats were in charge of everything.”

“There is no clear distinction between the green (healthy) zones and the red (potentially infected) zones. And the staff is running back and forth,” Iwata reported.

Non-China infections explode over 100% in the last week

The number of infections outside of China has exploded to 1,199, more than doubling in just one week: 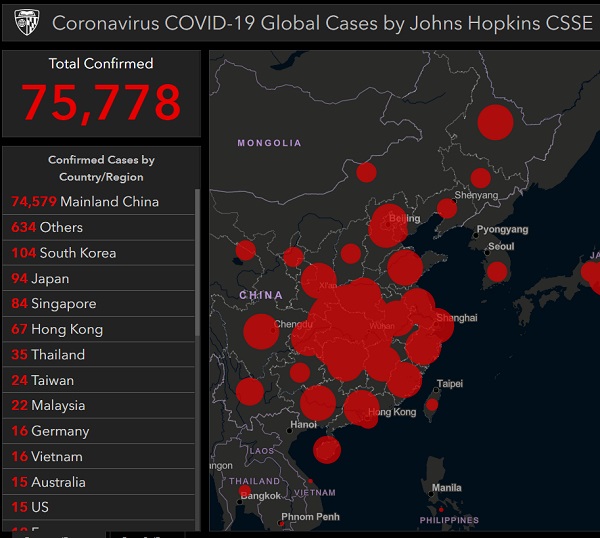 Yet the entire fake news “mainstream” media continues to lie to the world, telling viewers that this pandemic is “no worse than the flu.” In downplaying the severity and aggressiveness of this outbreak, the fake news media is complicit in the spread of infections and deaths because people are failing to take appropriate precautions against this rapidly exploding global pandemic.

Right now, there are 2.4 million people under lockdown in South Korea as confirmed cases there have exploded to over 100. Simultaneously, 1.2 million people have been ordered into similar lockdown status in Iran. According to rumors, Iran has already seen 20 deaths from the coronavirus, although the Iranian government is only officially reporting two deaths.

As all of this is happening, North Korea is reporting zero cases, an obvious cover up of the reality of this pandemic. Similarly, Indonesia is pretending there’s no such thing as the coronavirus, flat-out refusing to buy or deploy coronavirus test kits, as if pretending there are no infections somehow makes the pandemic go away.

Hawaii, Washington and Florida all appear to be engaged in a coronavirus cover-up

Note that as the Washington State Health Dept. web page readily admits, the state knows there are 779 people who might have coronavirus infections, but so far they’ve only tested 26: 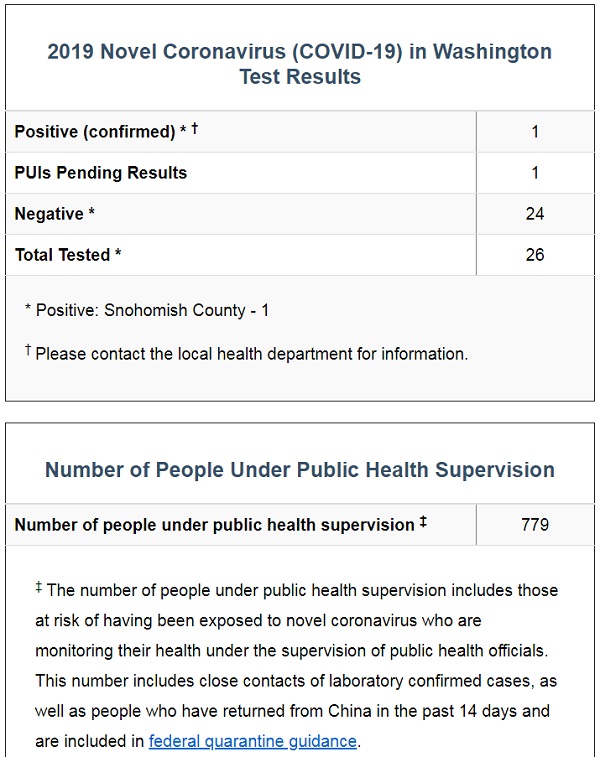 In Florida, the state Surgeon General there told state senators that he doesn’t think the coronavirus is airborne, and he’s refusing to release any numbers that describe the number of people who have been tested.

So Florida becomes the only U.S. state run by a doctor who apparently has less information than Third World nations when it comes to the coronavirus and its vectors of transmission.

And what’s with the total secrecy, anyway?

When you put all this together, what we’re really witnessing here is an obvious cover-up of coronavirus outbreaks happening in the United States, even as infection numbers are exploding across Asia (which is the second wave of this pandemic).

With the virus now spreading out of control in Iran, South Korea, Japan and Singapore, and with U.S. states now resorting to total denialism and “pretend medicine” instead of dealing with the reality of the situation, it’s only a matter of time before large-scale outbreaks devastate U.S. cities — a scenario the CDC admits they are already preparing for, according to CDC director Dr. Redfield.

Today we are launching Pandemic.news as a hub for downloadable audio files (mp3) podcasts, videos, articles and science paper links, all related to the CoVid-19 Wuhan coronavirus. Check it out today.

Hear my daily podcasts on the coronavirus at the Health Ranger Report channel on Brighteon.com: