CATASTROPHIC ERROR: In just two days, thousands of potentially cross-infected passengers from the Diamond Princess cruise ship will be released and allowed to take commercial flights anywhere in the world

(Natural News) World health authorities are about to commit a gross error that could literally end up costing millions of lives.

So far, 355 passengers on the Diamond Princess cruise ship have been diagnosed with coronavirus infections. As you may recall, this started from just one passenger, then grew to 10, then 30, and now more than 10% of the entire passenger manifest is infected.

The 3,000+ passengers have been quarantined on this cruise ship for 12 days. But the ship isn’t a level-4 biohazard facility, and passengers are sharing the same recirculated cabin air — a critical realization, considering that coronavirus spreads through the air.

Two days from now, on Feb. 19th, the original “14-day quarantine” comes to an end. All the remaining passengers who do not test positive for the coronavirus will be released by the government of Japan and allowed to board commercial flights to any city, anywhere in the world.

What’s wrong with this picture?

Cross-infected passengers may have just been infected today, and won’t show symptoms for weeks

Consider the fact that thousands of people on board that ship may have been infected just yesterday, or today or tomorrow. They won’t show symptoms for up to 24 days, and they won’t test positive for the coronavirus until much later in the incubation period.

While some passengers are opting for government-chartered evacuation plans, others are about to board commercial planes and fly to their destinations across the world, all with zero quarantine protections. Once there, they won’t be subjected to any further quarantine measures by their local governments, since they can claim they’ve “already been through a 14-day quarantine” on board the ship (which is false, technically speaking, see below…). A week or two later, they may develop full-blown symptoms, and during this entire incubation period, they may be spreading the virus to others in their local communities.

Yet that protocol is not being followed here.

A passenger from the Diamond Princess is about to take a commercial flight back to Marina del Rey, California, to the horror of informed Americans

As the New York Times now reports, a woman named “Linda” (we withhold her last name for her own privacy) says she can’t wait to get off the ship and take a first class commercial flight back to Marina del Rey, California.

Some remained hesitant about whether to take the charter flight. Linda T—-oto, 63, a retired retail manager from Marina del Rey, Calif., said she had signed up for the evacuation flight, but changed her mind at the last minute.

Ms. T—–oto stuck a Post-it note on her door reading: “I’m staying.” Three military doctors came to her door and advised her to go. Their emphatic tone, she said, was “scary,” but she is standing her ground.

“I’d rather go home first class on United Airlines than a cold, noisy military charter when the Japanese Ministry of Health releases us,” she said.

In just two days, the Japanese Ministry of Health will release Linda and thousands of other passengers, who will then proceed to take international flights to cities across the globe. There’s no question that many of those people will, of course, be “asymptomatic carriers” of the coronavirus. Their travel back to America, absent any further quarantine measures, places the continental United States at risk of an outbreak.

Every rational, intelligent person knows that a 14-day quarantine doesn’t count if you have infected people sharing air with non-infected people, combined with an airborne disease that has a 24-day potential incubation period. Just holding people on a ship for 14 days does absolutely nothing to guarantee that new people weren’t infected on day 13, for example.

Note carefully that the infections on the Diamond Princess currently represent about half of all the infections outside China. Clearly, the risk of yet more passengers being symptomless carriers is extremely high, yet health authorities are allowing these individuals to exit the ship in two days and walk right into public airports. 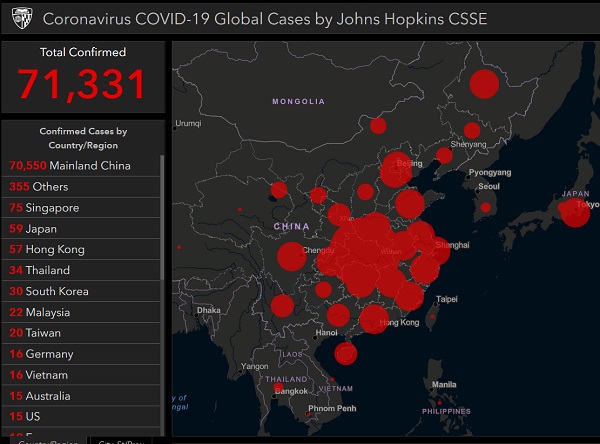 Yes, we feel extremely sorry for those individuals, and they’ve been through a horrible ordeal as involuntary prisoners in a floating quarantine camp. But until they’ve spent 24 days completely isolated from other potentially infected individuals, it isn’t a real quarantine. It’s just what I call “medical theater.”

So instead of carrying out a real quarantine, we have the theater of a quarantine. It’s all being done to try to convince the public that really powerful, intelligent people who know what they’re doing are in charge and protecting us from germs. Yet, in reality, it’s being run by clueless, incompetent bureaucrats who seem to have little understanding of the very basic principles of how infectious disease spreads.

Sadly, we will all have to pay the price for their incompetence since it only takes 4-5 infected people to set off a sustained human-to-human outbreak in any given nation. It looks like that day will soon arrive for many nations far beyond China, thanks to Japanese health authorities earning an “F” in basic medical science.

Perhaps our world will revert back to the belief systems of five centuries earlier when no one believed in the existence of germs, and everybody just pretended that angry gods (or whatever) caused infectious disease. Praying to various gods would be no worse than pretending to run non-quarantine quarantine centers, it seems.

That’s why I’ve said “quarantine camps” are really just elaborate death camps. Listen to my full podcast below to find out why:

And remember that the Health Ranger Store has been “China free” for nearly six years and counting.

Previous :Could the coronavirus pandemic drastically alter the 2020 election? Democrat cities are the most likely outbreak hubs
Next : Coronavirus breaking news: Infected passengers flew Delta and Hawaiian Airlines out of Honolulu
Receive Our Free Email Newsletter

CATASTROPHIC ERROR: In just two days, thousands of potentially cross-infected passengers from the Diamond Princess cruise ship will be released and allowed to take commercial flights anywhere in the world