(Natural News) According to the Federal Bureau of Investigation (FBI), a mass murder occurs when at least four people are murdered, not including the shooter, over a relatively short period of time during a single incident. Over the last 30 years, the United States has seen a significant increase in mass shootings, which are becoming more frequent and more deadly.

Seemingly every time a mass shooting occurs, whether it’s at a synagogue in Pittsburgh or a nightclub in Orlando, the anti-gun media and politicians have a knee-jerk response – they blame the tragedy solely on the tool used, namely firearms, and focus all of their proposed “solutions” on more laws, ignoring that the murderer already broke numerous laws when they committed their atrocity.

Facts matter when addressing such an emotionally charged topic, and more gun controllegislation has shown that law-abiding Americans who own guns are not the problem. Consider the following: The more gun control laws that are passed, the more mass murders have occurred.

Whether or not this is correlation or causation is debatable. What is not debatable is that this sick phenomenon of mass murderers targeting “gun-free zones,” where they know civilian carry isn’t available to law-abiding Americans, is happening. According to the Crime Prevention Research Center, 97.8 percent of public shootings occur in “gun-free zones” – and “gun-free zones” are the epitome of the core philosophical tenant of gun control, that laws are all the defense one needs against violence.

Therefore, when the media and politicians focus their ire on guns, specifically what types of guns are used, such as AR-styles, carbines, semi-automatics, and “high capacity” handguns, in the wake of such tragedies the American public are being intentionally drawn into an emotionally charged debate about legal gun ownership (irrespective of whether the murderer’s gun was legally or illegally obtained). This debate leads them away from the elephant in the room and one of the real issues behind mass shootings – mental health and prescription drugs.

Ignoring what’s going on in the heads of these psychopaths not only allows mass shootings to continue, it leads to misguided gun control laws that violate the Second Amendment and negate the rights of law-abiding U.S. citizens. As Jeff Snyder put it in The Washington Times:

Violence, especially random violence, is a complex manifestation of various thoughts, feelings, and external factors. When a multivariate analysis of these factors is conducted, it becomes apparent that it’s not just mental health issues that are leading to such an increase. There may be an underlying substance which plays a role in a high percentage of these violent acts – the use of prescription antidepressants, specifically selective serotonin reuptake inhibitors, or SSRIs.

At first glance, it makes sense that those involved in mass shootings may be taking antidepressants, as they’re clearly suffering from some sort of mental health issue. But the issue with SSRIs runs much deeper than just a random mental health break. These drugs are a prescription for violent crimes, and that’s a story the anti-gun media and politicians don’t want to talk about.

History of Antidepressant Use in the U.S.

To understand the rise in antidepressant use, one must first understand depression. Everyone, no matter how great their life, has periods of sadness, times when they feel down or low. This is especially true when faced with hardships or going through things like a divorce, the loss of a job, or the death of a parent.

According to the Diagnostic and Statistical Manual of Mental Disorders, commonly referred to as the DSM-5, to be considered clinically depressed, a patient must experience five of the following symptoms most of the day, every day, for at least two weeks. What’s more, these symptoms must be so severe, they interfere with normal functioning:

Depression is a serious, and sometimes life-threatening, illness. But in the modern world, it’s highly over-diagnosed. A study published in Psychotherapy and Psychosomatics looked at 5,639 patients in the U.S. who were diagnosed with depression by their clinician and compared their symptoms to the DSM criteria for clinical depression. Of these patients, only 38.4 percent met the criteria, even though the majority of the 5,639 patients were prescribed depression medication.

Today, with the way antidepressants are prescribed, nearly one in four Americans will meet the criteria to be diagnosed with depression within their lifetime, and will be prescribed medications that interfere with how their brain functions.

The Rise of Antidepressants

In the 1950s, the first generation of antidepressants hit the market. The introductory class of antidepressants to gain Food and Drug Administration (FDA) approval were monoamine oxidase inhibitors, known as MAOIs. Although highly effective, MAOIs can cause extremely high blood pressure when paired with certain foods or medications, and therefore require diet restrictions. Because of these restrictions, they’re rarely used today to treat depression except in cases where other treatments fail.

Fast forward to the 1980s. America’s tranquilizer dependence was becoming problematic. Quaaludes were heavily over-prescribed for anxiety, resulting in overdose deaths, as well as an increase in deaths from vehicle accidents. The Feds stepped in and in 1984, classified Quaaludes as a Schedule 1 drug, making them illegal to sell, buy, and use.

Valium, a benzodiazepine prescribed for anxiety, was also extremely popular, and was the most prescribed medication in the U.S. from 1969 through 1982. In 1978, the year the medication peaked, more than 2.3 billion pills were sold in the U.S. But Valium was highly addictive and it was believed that a serotonergic medication was a better option to fill the void that was left when Quaaludes were outlawed.

In 1987, Prozac, the first SSRI, was released for depression. Along with it came the idea that depression could be the underlying cause of anxiety. The idea took off, as did the sales of Prozac, and within a few years, it overtook the antidepressant market. Soon, other SSRIs followed.

Along with these SSRIs came direct-to-consumer advertising, which became legal in 1985. By the mid-1990s, the FDA regulations became looser and direct-to-consumer ads exploded into the market. Prozac and other medications showed Americans through glossy advertisements that unhappiness, stress, and anxiety could be treated with a pill.

Instead of doctors recommending a specific medication, patients started coming in, requesting a medication they saw in a magazine or on television.

By 2010, 11 percent of Americans over the age of 12 were prescribed an antidepressant, making it the third most prescribed medication, topped only by nonsteroidal anti-inflammatory drugs (NSAIDs) like ibuprofen and naproxen. When looked at over time, there has been a 400-percent increase in antidepressant use from 1988 through 2008.

SSRIs 101: What You Should Know 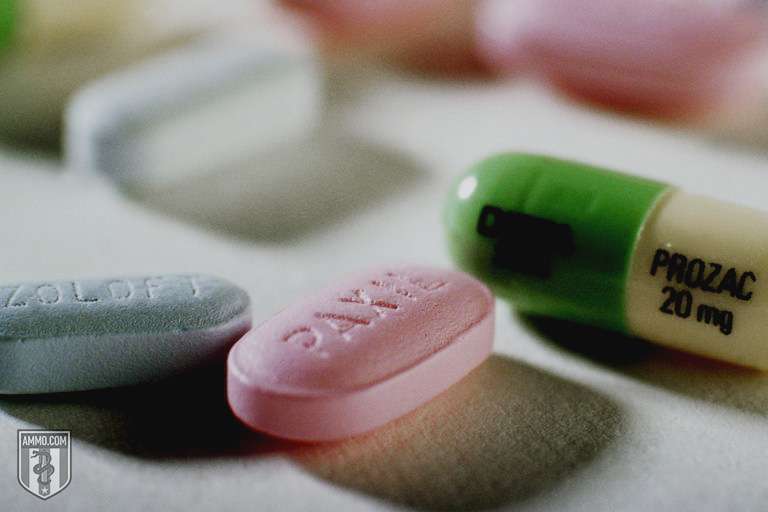 Selective serotonin reuptake inhibitors, a class of drugs commonly referred to as SSRIs, are the most prescribed antidepressant in the United States. These second-generation antidepressants are marketed to doctors and patients as safe and effective, with relatively minimal side effects. SSRIs are designated to treat mild to moderate depression, as well as anxiety, obsessive compulsive disorder, and bulimia nervosa.

How do SSRIs work?

SSRIs work to increase the amount of serotonin in the brain. A neurotransmitter that helps neurons communicate, serotonin is associated with many different body functions, but is best known for its influence on mood. Sometimes called “the happy chemical,” serotonin plays a role in a person’s happiness and general feelings of wellbeing.

Low levels of serotonin are linked to depression, although the relationship is not clear. Research has not determined if the low neurotransmitter level causes depression or if depression causes the level of serotonin to drop. It should also be noted that a large amount of serotonin, up to 90 percent, is produced in the gut and may be influenced by what a person eats and drinks.

SSRI medication does exactly what its name says. When two neurons communicate, one releases neurotransmitters, which causes the other neuron to react in a certain way. Because this is constantly going on, these chemicals are always present in the brain. To keep the brain’s chemical balance correct, neurons regulate the amount of neurotransmitters released by a process called reuptake, which involves the reabsorption of the chemical by a neuron.

For instance, if there’s a high level of serotonin, the neuron knows to release less through reuptake, keeping the level balanced. If levels of the neurotransmitter are low, reuptake tells the neurons to release more.

SSRIs inhibit the reuptake of serotonin, causing neurons to release more of the neurotransmitter, therefore increasing the amount of the chemical found in the brain.

The Food and Drug Administration (FDA) has approved a variety of SSRIs, including:

When it comes to effectiveness, SSRIs don’t appear to have an influence on those with moderate to severe depression, with virtually no improvementseen when comparing SSRI use to placebos. Instead of a popular drug with a high efficiency, modern SSRIs have become popular based on an effective marketing campaign and little more.

Read more at: Ammo.com or PsychDrugWatch.com.

Previous :In the deep state coup attempt, all roads lead back to Barack Obama – Watch out for a major breakout of leftist insanity should deep state crooks fall
Next : How many times must Assange be proven right before people start listening?
Receive Our Free Email Newsletter

The pharma loaded U.S. soldier part 1: Taking inventory of risks
Big Pharma EXPOSED: Study of 3 top medical journals reveals that many medications, medical products and services are completely INEFFECTIVE
Study: Over-the-counter drugs can increase your risk of developing dementia
If they can’t cure your depression, maybe they can make you forget you have it: Common anticholinergic drugs increase dementia risk by 50 percent
Do antidepressants really work? Danish study says otherwise
Doctors are now suggesting de-prescribing antipsychotics since they INCREASE dementia risk – who knew?
Drugs are bad for your bones: Women can get osteoporosis even before menopause, if they take these drugs
How depression and breast cancer are linked
Using antidepressants while pregnant can increase the risk of autism in newborns – study
Analysis finds that pharmaceutical drugs are destroying the environment – where are all the environmental activists?