(Natural News) It’s time to name the new enemies of humanity and demand that all humanitarian nations of the world work together to halt the complete enslavement of the human race by out-of-control techno-fascists.

We’ve launched OnlineCivilRights.org (OCR) as a non-profit project to defend humanity against the tyranny and fascism of the evil, dangerous tech giants that are now systematically silencing conservatives, Christians, Trump supporters and gun owners. OCR will be highlighting new memes that parody the names, faces and companies that engage in online fascism and fraud, putting all of humanity at risk.

Today’s new meme, titled, “Enemies of Humanity,” is published at this memes page and care be shared everywhere.

Fight against techno-fascism now or we will all be forever enslaved under a “real-world Orwellian nightmare” of surveillance, thought control and speech suppression.

Join the OnlineCivilRights.org newsletter to receive action alerts about techno-fascism and how we can work together to defeat Big Tech’s evil domination of online speech.

The “Enemies of Humanity” meme is shown here. A higher resolution image is available at this link. 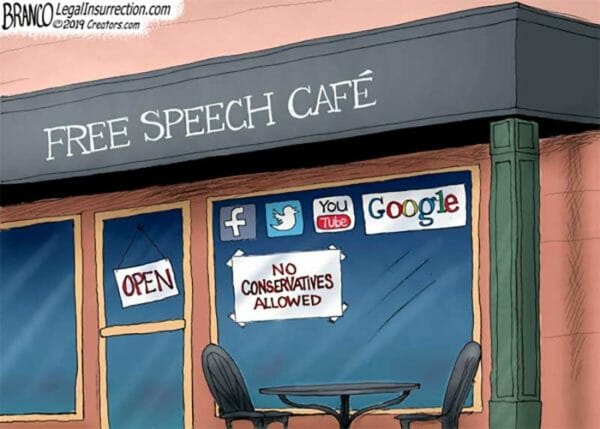 Also listen to this important podcast:

See more HRR videos at the “HRreport” channel on Brighteon.com.

Previous :Louis Farrakhan has the right to speak, even if you don’t agree with everything he says
Next : PJW: Facebook calls me “dangerous” … imagine my shock. No, really…
Receive Our Free Email Newsletter