MOB RULE in Florida: Anti-gun mob is trying to vote to take away citizens’ Second Amendment rights in 2020 referendum

(Natural News) The war for independence from Great Britain won, our founders set about debating and deciding upon what form of government they should adopt for the newly formed United States.

They decided upon ‘divided government’ in the form of a representative republic, not a democracy where majorities ruled and minorities received no consideration or voice. In fact, as founder and future president James Madison, considered the “father of the Constitution,” once wrote in the Federalist Papers No. 10, “democracies have ever been spectacles of turbulence and contention” and “have ever been found incompatible with personal security or the rights of property.”

Other observers have noted throughout our history that democracies amount to mob rule, which is the same as “two wolves and a lamb voting on what to eat for lunch,” noted San Diego resident Marvin Simkin in 1992. “Freedom comes from the recognition of certain rights which may not be taken, not even by a 99% vote.”

With that in mind, a new initiative in Florida would seek, by mob rule, to deny — “infringe” upon — the constitutional right of residents to keep and bear firearms.

As reported by The Truth About Guns website, a push to ban so-called “assault weapons” in the Sunshine State from civilians (not law enforcement or the military) via ballot measure is gaining ground as lawmakers from both political parties are embracing it. The ballot initiative calls for changing the state’s constitution allowing for the prohibition of certain otherwise lawful firearms and is being spearheaded by Ban Assault Weapons Now (BAWN), “a bipartisan group of gun grabbers made up of Republican and Democrat authoritarians who want to see law-abiding Floridians disarmed,” the website noted.

“Now their effort is gaining political ground and financial support,” the site added.

Al Hoffman, a major GOP donor, has recently lent financial support. Following the Marjory Stoneman Douglas High School shootings in Parkland — in which authorities and school officials missed numerous warning signs — Hoffman said he would no longer support any Republican candidate who did not back more gun control. 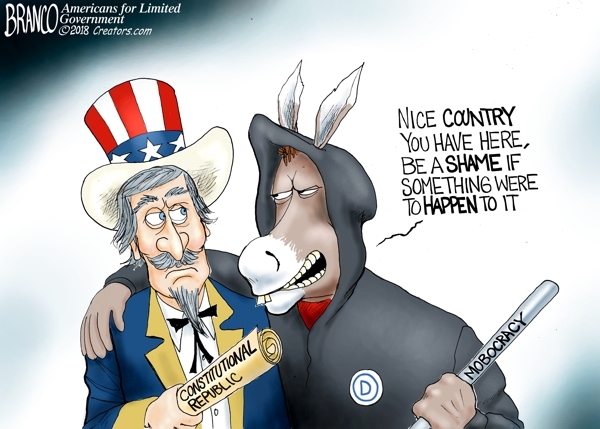 Some GOP lawmakers who ordinarily wouldn’t have gone along gun control such measures went with Hoffman, however, in exchange for his continued support and now he’s putting financial support behind BAWN’s push.

“As Americans and Floridians, we can come together to say that gun violence is not going to happen in the Sunshine State,” Hogg said this week, according to the Sun-Sentinel newspaper.. “Gun violence is a preventable issue. … The fact of the matter is if you are using an assault weapon … you are hunting someone. You are not defending yourself.”

Adds activist Ann Marie Milano, “Our bipartisan coalition is not trying to take anyone’s guns or Second Amendment rights. We are simply striving to keep the use of military grade assault weapons in the hands of the military and law enforcement, who are trained to use them.”

Hogg is lying; the guns people call “assault weapons” are not simply for “hunting someone.”

Milano is lying; the fact that she’s behind a statewide ballot measure to ban “assault weapons” is infringing upon, and taking away, Americans’ Second Amendment rights.

This is one of the reasons why the founders eschewed democracy: Because mobs can be persuaded to do something through the use of false information, playing on emotions, and peer pressure.

“It is a blatant attempt to fool Floridians by sucking them into a deception that would effectively ban most hunting, target shooting, and significant home defense as well,” notes Marion Hammer, a Florida lobbyist for the NRA.

Ballot measures are the political tools of democracies, not republics.

Read more about the Left’s never-ending assault on gun rights at Guns.news.

Wow: Prominent Johns Hopkins surgeon and top gun control advocate may have FAKED a death threat in order ‘make his case’ that firearms are bad
Second Amendment sanctuaries now expanding into Kentucky as movement goes nationwide; Americans will NOT be enslaved by anti-gun Governors who violate the Constitution
Virginia sheriff to pre-empt Democrat gun grab by ‘deputizing’ thousands of ordinary citizens so they can keep their firearms
The uprising begins: Ex-cop testifies before Congress, says “will not comply” with gun confiscation laws
FBI’s latest stats say violent crime, gun crimes are DOWN: Why are the Democrats and media lying about it?
Democrats’ true anti-gun agenda now openly admitted: Gunpoint confiscation of all your guns, or you will be shot or arrested
A top Democrat finally admits it: Joe Biden says as president he’d send FEDERAL agents to come take your guns
Study: Weapon magazine bans do NOTHING to decrease fatal shootings, which also proves that Democrats just want to disarm us, period
Gun supply retailers are FLOODING California with 30-round magazines, making sure patriots are armed up to defeat the communists when it all breaks loose
Door-to-door gun confiscations begin in New Zealand; one gun owner already dead, with thousands more targeted by armed government thugs