If border walls are immoral like Nancy Pelosi says, are all of these countries immoral too?

(Natural News) The current partial U.S. government shutdown is entering its fifth week thanks to the intransigence of House Speaker Nancy Pelosi (D-Calif.) for refusing to fund a paltry $5.7 billion request for more physical barriers along our border with Mexico.

Though Pelosi and most other Democrats currently in office have voted in the past to fund physical border barriers, because POTUS Trump wants it, suddenly walls and significant fencing along the porous boundary with Mexico is “immoral.”

“A wall is an immorality. It’s not who we are as a nation,” she said earlier this month as the shutdown continued. (Related: ROFL: Conservative Laura Loomer brings three ‘illegal aliens’ to camp out on Nancy Pelosi’s lawn.)

But are border walls meant to secure a country and keep its people safe “immoral?” 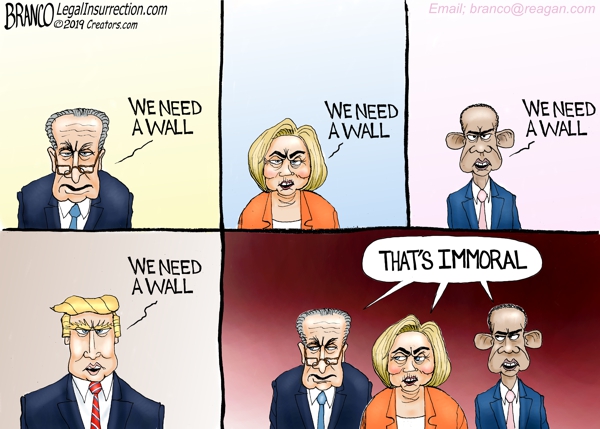 As USA Today notes in May 2018, there are 77 countries around the world that have erected border walls for one reason or another, most having to do with enhancing security. What’s more, border walls and/or fences have greatly expanded since the end of World War II, when there were seven.

Border walls and barriers are about security, not morality

— India is nearing completion of a 1,700-mile barbed wire fence along a border shared with Bangladesh, as a means of curbing illegal immigration and smuggling. India also has a 450-mile barrier with Pakistan, which is a bitter enemy. Immoral?

— Israel-West Bank: Following a wave of attacks by Palestinian terrorists, Israel began construction of a 400-mile wall in 2002. Immoral?

— Finland: The government has constructed a 450-mile barrier of barbed wire to prevent infiltration from neighboring Russia.

— A mile-long wall at Calais, France, was paid for by Britain to prevent migrants and terrorists from accessing the Channel Tunnel connecting the U.K. to Europe (it’s a security issue).

— Sauda Arabia built a 550-mile long wall along its border with Iraq to prevent infiltration by ISIS fighters.

Barriers that are built to protect citizens are not immoral; they are responsible acts undertaken by governments who are serious about the safety and security of their citizens.

Read more about the dangers of open borders at OpenBorders.news.

Previous :Same left-wing news media that claimed Alex Jones spread fake news about Sandy Hook school shooting is now itself spreading fake news to CAUSE a school shooting
Next : Have Americans learned nothing? As Venezuelans are throwing off the chains of socialism tyranny, Americans keep voting more Left-wing authoritarians into power
Receive Our Free Email Newsletter

If border walls are immoral like Nancy Pelosi says, are all of these countries immoral too?