CONFIRMED: Chemical giants have been colluding with regulators to suppress information on the deadly effects of pesticides

(Natural News) The pesticide industry is widely viewed as being just as toxic as the chemicals themselves, but now new evidence unearthed by the Poison Papers has shown that toxicity extends all the way up to government regulatory agencies. Corruption and collusion in government is a disease — and its spreading at the behest of chemical manufacturers looking to make profits at any cost, even at the expense of human life. Internal documents from a number of agencies show that officials from administrative agencies like the EPA have been taking action to cover up the dangers of pesticides and the faulty science behind their “safety” studies for decades.

While the pesticide industry undoubtedly has many secrets, one thing is clear: These major chemical manufacturers didn’t rise to such prominence alone. Collusion with government agencies has helped them along the way — without corruption at some level, hazardous products like glyphosate-containing Roundup or dicamba never would have gotten off the ground.

While the Poison Papers are a virtual treasure trove of damning documents, recently uncovered transcripts reveal that Industrial Bio-Test Laboratories (IBT), a lab responsible for conducting up to 40 percent of all toxicology studies in the U.S., had multiple glaring issues that would have rendered virtually all of their testing data invalid. This would include products that had gained approval by the FDA and EPA, thanks to IBT testing.

The FDA brought the issue of validity in IBT studies to light during Senate hearings during the 1970s. When the EPA had no choice but to look deeper into the issue, they discovered that at least 80 percent of studies provided to them by IBT for chemical registration were “nonexistent, fraudulent, or invalid.” More than 800 studies and 140 chemicals produced by 38 manufacturers were involved.

The EPA, still a newly formed agency at that time, had a major issue to deal with here. Though it would have had some consequences, withdrawing approval for every product that had been “tested” by IBT would have been the scientifically valid decision. But is that what the agency did? No. 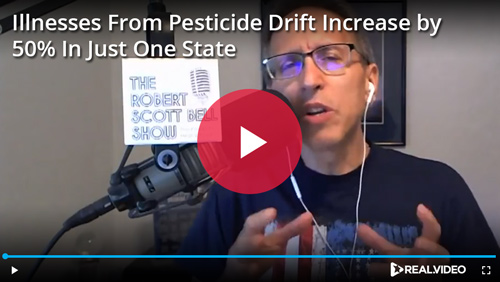 Instead, EPA officials set up a secret meeting at the Howard Johnson Motor Inn in Arlington, Virginia on October 3rd, 1978 to “fix” the IBT problem. The meeting also included Canada’s Health Protection Branch and executives of the chemical industry. The transcripts from this meeting were unearthed from the Poison Papers.

Dr. Jonathan Latham, Director of the Bioscience Resource Project, said the transcript “exemplifies as well as any other single document among the Papers the history of everyday regulatory failures and agency complicity that is the unknown story of the EPA and its enduring collusion with the chemical industry, and whose result is a systemic failure to protect the American public from chemical hazards.”

During the Howard Johnson meeting, the EPA’s Fred Arnold, Acting Branch Chief of Regulatory Analysis & Lab Audits at the time, assured chemical companies approval their products would not be recalled from the market. Arnold stated, “We determined that [i]t was neither in EPA’s interest or the public interest or the registrants’ interest [to replace all IBT data] because a large number of studies, which were performed at IBT, were performed satisfactorily.”

However, virtually no studies were conducted at a satisfactory level. By 1983, the EPA would determine that over 90 percent of IBT studies were invalid. A list of errors the EPA decided it would “ignore” was created, instead of withdrawing potential poisons from the market.

While three IBT scientists went to prison, the EPA never actually acted on its regulatory responsibility to call for new testing on products that weren’t actually proven safe.

Learn more about all the EPA’s failures at EPA.news.

Previous :Lies.news reveals the truth on all the latest fake news, fake science and other propaganda
Next : Monsanto.news covers all of Big Biotech’s evil acts and atrocities, past and present
Receive Our Free Email Newsletter

EWG analysis reveals 800,000 residents in Kentucky are exposed to TOXIC “forever chemicals” in their drinking water
Living in a microwave: How dangerous is it to live near a cell site?
Researchers find elevated levels of radiation near US fracking sites
Rush Limbaugh says conventional cancer treatments FAILED, stage 4 cancer went terminal
Some physicians refuse to promote healthy lifestyle changes in order to avoid stressing cancer survivors, reveals shocking study
Still think 5G is harmless? Scientific American issues warnings about the confirmed and UNKNOWN DANGERS of 5G tech
Exposure to chemicals used to disinfect airplanes may cause birth defects, caution scientists
Childhood cancer linked to environmental factors like pollution and solvents, warn researchers
Study warns US farmland is now 48 TIMES more TOXIC to insects: Are neonicotinoids to blame for the impending “insect apocalypse?”
Researchers rig a building with a thousand sensors to find out how chemicals from self-care products increase indoor and outdoor pollution in offices