(Natural News) If you’ve paid any attention to the deranged left-wing media lately, you’ve no doubt heard absurd claims that the Trump administration is running “concentration camps” at the border to imprison children in “cages.” This bizarre claim is, of course, a complete media hoax designed to whip up irrational emotional hatred against Trump for carrying out the very same border detection policies that have been routine under former president Barack Obama.

Under the new hysteria of the deranged Left, chain-link dividers and “fences” under Obama are now magically transformed into “cages” under Trump. This is the tactic of the tabloid-like Associated Press, which has pushed one anti-Trump hoax after another (including the utterly fabricated Russia collusion hoax, also known as “spygate”). Leftists, it seems, fabricate a new crisis each week, then whip up mass hysteria to evoke irrational emotional outrage against Trump.

Not to be out-tarded by other libtards, MSNBC went FULL “tin foil hat,” claiming that Trump is running concentration camps of children, literally comparing border detention centers to the Holocaust:

All across the left-wing media, truly deranged individuals have been hyping up the fear to the point of mass mental illness, claiming at one time or another that child detection centers are designed to “traumatize children” or to commit mass genocide against Latino refugees. Images of children behind “cages” (i.e. chain-link fence dividers) have been widely circulated on the ‘net, always with complete denial that illegal immigration detention centers have been a routine part of border processing for years, even throughout the administration of Barack Obama.

(SATIRE ALERT) This problem of putting children in concentration camps, it turns out, is far worse than any of us imagined. I recently discovered that Amazon.com is selling portable concentration camp equipment to imprison children across America.

For example, this “North States” portable concentration camp is an 8-panel prison for children that can be deployed near the border to imprison innocent children and separate them from their mothers: 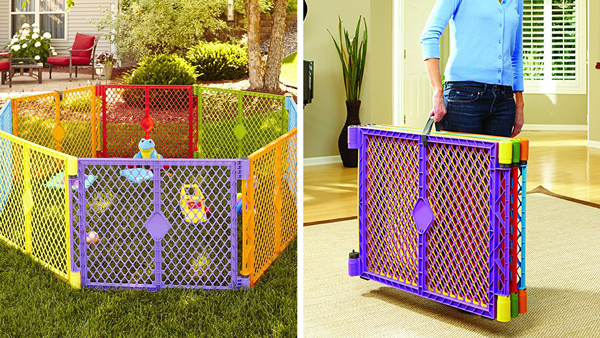 It’s clear from the name “North States” that the product is really about eliminating Latino children from Southern states. No doubt MSNBC will soon be reporting that President Trump is the nefarious mastermind who manufactures these portable concentration camps for children. Jeff Bezos will probably soon ban them from even being sold on Amazon.com, since they’re obviously used to torture and traumatize innocent children. Surely some Leftists will start circulating photos of sad children behind these “cages,” thus proving that Trump is an evil person, right?

Here’s another shocking image of a second portable concentration camp for children, now sold on Amazon.com. As you can see from the photo, it comes in “prison camp gray” which proves it’s worse than the Holocaust, obviously. Heck, it’s practically Third Reich gray, and it’s probably made by Nazis: 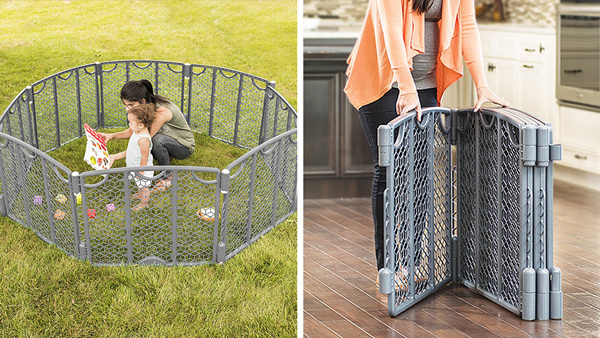 I’m wondering when the Left is going to start protesting Amazon for selling portable concentration camps for children. After all, children should never be put behind dividers or denied their freedom to roam aimlessly on sidewalks and streets, right? (This is the new insane logic of the Left, which also happens to believe that parenting is evil, too, and that no child should ever be told NO. Heck, the Left is now so insane, they actually believe that fathers can get pregnant, give birth, and breastfeed children…)

The deranged Left is, of course, engaged in mass hallucinations with all this, seeing things that simply are not there. Remember, it was just a few weeks ago that Leftists freaked out over what they thought was a “baby prison bus,” which turned out to be a field trip bus for children.

In reality, the child shelters are stocked full of cafeteria meals, beds, children’s activities, educational classes and much more, putting these shelters as a true step up from the poverty conditions in which millions of American children now live. Here’s a tour video from a child shelter in California… see if you can spot the Third Reich running Holocaust ovens anywhere in this video:

Here’s a closer look at some of the activities taking place in these child shelters: 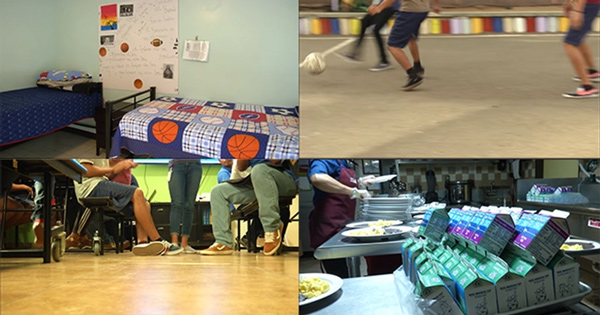 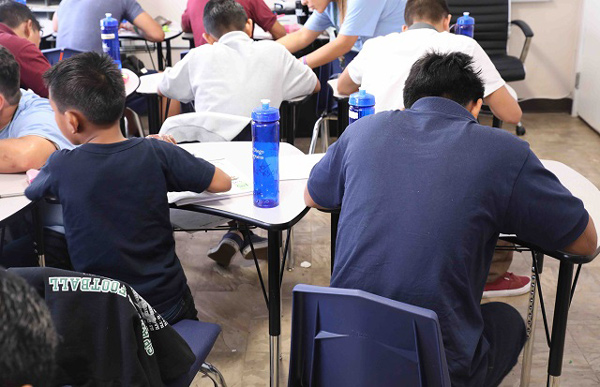 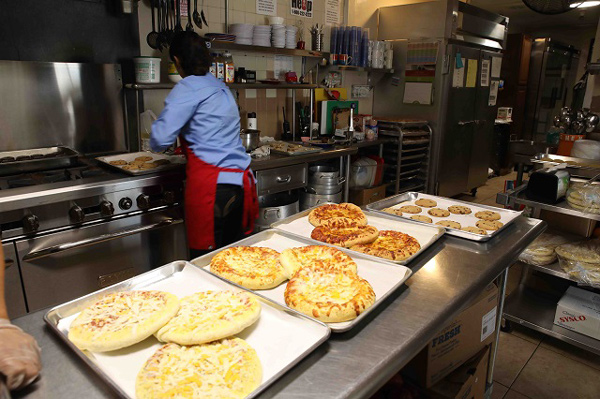 Yep, pizza and cookies are also exactly what the Nazis fed Holocaust victims before they were gassed, according to left-wing nut jobs. In fact, this kitchen has OVENS, just like the Zyklon B ovens used by Hitler’s army. The horror!

Bottom line? The left-wing media has become a hilarious, pathetic HOAX factory. Week after week, new hoaxes are generated by the hoax factory in an effort to destroy Trump and foment civil war in America.

Meanwhile, the same hoax-pushing media relentlessly attacks real investigations that show, for example, how Obama’s birth certificate was a multi-layered Photoshop document that some idiot at the White House forgot to flatten to a single image file. According to the left-wing media, that’s all a hoax, but children being interned in “concentration camps” is real, you see.

Oh yeah, and the Russians stole the election, even though after two years of endless investigation by the deep state, there hasn’t been a shred of evidence to support that claim.

The establishment media is fake news.